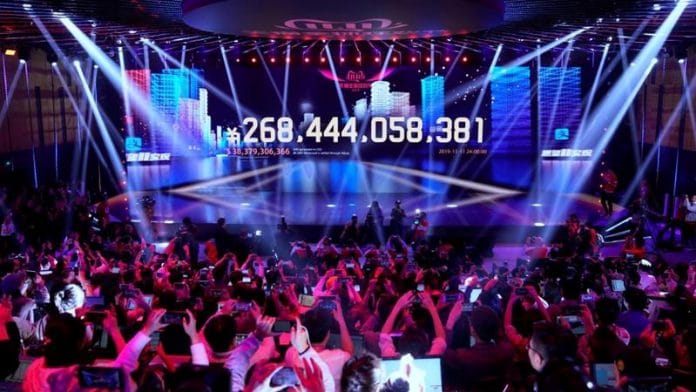 As the world’s largest e-commerce market, China is likely to continue growing faster relative to North America and Western Europe. Singles’ Day 2021 will reflect that expansion.

Before the Singles Day, some observers thought that recent growth deceleration and continued regulatory scrutiny could dampen e-commerce in 2021. Yet, the full-year results may prove not that different from the past year.

On October 20, Alibaba and JD.com kicked promotions off already on October 20 since they are no longer restricted to a 24-hour time window. Last year, Alibaba’s Tmall reported sales of $78 billion in the first 10 days of November; 26 percent more than the previous year. This year, the Double 11 turnover is expected to increase solidly in absolute terms, even if the growth rate slows, due to last year’s high base.

In times of uncertainty, consumers are more cost-conscious. Due to broad discounts and promotions, that is expected to translate record sales during the Singles Day.

Thanks to earlier start and huge promotions, the Singles’ Day has attracted a record 290,000 brands (over 90,000 more than just two years ago), and more than 14 million discount deals,

eMarketer projects that Alibaba will remain China’s largest e-commerce player in 2021 (with an expected market share of 47%). But it is expected to be followed by JD.com (17%) and Pinduoduo (13%). Additionally, Douying, the Chinese version of TikTok, and Kuaishou, participated in the earlier kickoff.

This year the “Big Three” could account for over 75 percent of the e-commerce market which has room for more rivals and more competition, in view of the expansive marketplace, huge population and rising living standards.

Competition will also drive new modes of e-commerce, such as livestreaming social commerce which could grow by over 95 percent this year. Last year, e-commerce achieved 20 percent growth to reach $2.2 trillion, according to eMarketer.

Despite an international landscape of misguided trade wars, geopolitics and pandemics, this year’s forecast will remain close to last year’s.

Singles’ Day 2021 is also reflected by the rise of smaller cities in the expansive e-commerce market. In China, urbanization began in the coastal regions that are home to the first-tier cities (except Beijing).

Over time, urbanization has spread over to other tiers of cities. And since the early 2010s, the central government has promoted development in small- and medium-size cities – those with populations between 1 to 5 million people.

To sustain the growth momentum, Alibaba, JD.com and other Chinese e-commerce players are now also targeting these smaller cities. It makes perfect business sense. While upper-tier cities are significantly bigger and enjoy higher living standards, the smaller cities enjoy a greater growth momentum. A recent Bain survey suggested that there is likely to be more first-time 11.11 shoppers from the tier-three, four and five cities, as opposed to tier-one megacities.

How China surpassed US in e-commerce

Over two decades ago, when I was working with leading global e-commerce companies and venture capital in New York City, “Black Friday,” following the Thanksgiving Day, was the barometer of US consumption. In 2005, it was coupled with the “Cyber Monday” as e-commerce firms began to promote online shopping in America.

Until recently, these twin sales bonanzas functioned as indicators for the state of global e-commerce sector, which was dominated by U.S.-based first-movers.

How times have changed in just two decades! Today, China’s Singles Day is bigger than Black Friday and Cyber Monday combined. And yet, the underlying institutions and financial instruments are still – though rapidly – evolving in China, as exemplified by the huge Guangdong-Hong Kong-Macao Greater Bay Area (GBA) initiative, fueling regional integration, coupled with Beijing’s large IT industries and Shanghai’s great R&D expansion.

Furthermore, the use of e-commerce usage reflects the basic differences between the US and China in technology platforms and diffusion. In China, more than 90 percent of e-commerce sales take place through mobile devices, as opposed to 43 percent in the US. Today, Chinese early adopters drive new global consumption patterns.

In 2020, e-commerce sales in China were estimated at $1.3 trillion, which is expected to climb to almost $2 trillion by 2025 (49%), while boosting growth in Asia (51%), according to Statista Digital Market Outlook.

Comparable figures in Europe (42%) and North America (35%) are likely to prove lower, despite huge fiscal packages, ultra-low rates and rounds of quantitative easing.

China’s retail e-commerce market has been the largest in the world since 2013. Given sustained peaceful conditions, it has potential to increase for years in relative terms. New and disruptive innovations can further prolong this expansion.

In absolute terms, China’s e-commerce market has potential even more, due to the large population base, expansive middle-income groups and rising living standards.

The quest for “common prosperity,” which both Alibaba and JD.com have now embraced, will further boost that potential.

The original version was published by China Daily on Nov. 10, 2021