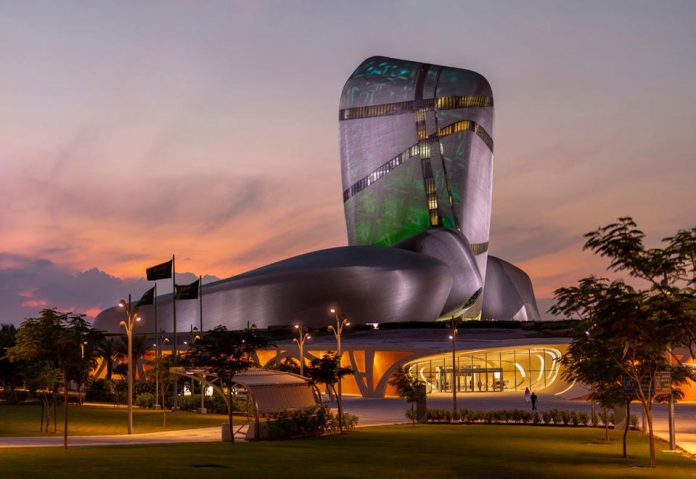 One thing the coronavirus pandemic has meant for world leaders is that it has simplified their international calendars somewhat. Take the week ending November 22: Russia hosted the BRICS summit on Tuesday November 17, Malaysia held the Asia-Pacific Economic Cooperation meeting on Friday November 20 and the weekend of November 21 and 22 was booked in for the G20 summit in Riyadh, Saudi Arabia.

Rather than having to board flights and live out of suitcases, leaders had to attend via video link. So COVID-19 has at least cut down on jetlag and carbon emissions.

For leaders of Brazil, Russia, India, China and South Africa, the virtual BRICS summit, hosted by Vladimir Putin in Moscow, was an opportunity to rehearse their priorities in the run up to the G20. As you might expect, the summit’s priority was the cross-country efforts responding to COVID-19 and how to ensure a swift economic recovery. Also on the agenda were how to coordinate and enhance cooperation in trade, energy, and counter-terrorism.

Leaders at the BRICS summit will have been well aware that the big story of the G20 will be the coronavirus pandemic and efforts around the world to develop effective vaccines. While the recent vaccine breakthroughs in the US and Europe will be of great interest, BRICS countries – notably Russia, India and China – want more of a focus on their own efforts and achievements.

Having assured his BRICS colleagues that Russia’s vaccines “work effectively and safely”, Putin called for the alliance to join forces for the mass production and use of Sputnik V, which he said had shown in early tests to be 92% effective.

The notion of cooperation through the bloc was enthusiastically taken up. India’s prime minister Narendra Modi said that India’s vaccine production capacities will be important “for the interests of humanity”, and Chinese president Xi Jinping said his country would “actively consider” providing its vaccines to the other BRICS countries. There is already a degree of cooperation: both Brazil and India are conducting trials for Sputnik V.

Multilateralism was also high on the agenda. Media reports, from Chinese and Indian news outlets particularly, reported that BRICS leaders stressed the importance of a multilateral approach to combat what was described as growing nationalism and economic protectionism in the west.

The forum signed the BRICS Economic Partnership Strategy to facilitate cooperation in a wide range of areas: economics and trade, anti-terrorism, science, technology and innovation – even the prevention of a space arms race. The bloc has an enormous economic influence with its population of 3.6 billion people (42% of the world total) and 23% of world’s GDP and BRICS countries are now a force in the global trading system, able to exert a strong influence in the World Trade Organization (WTO). 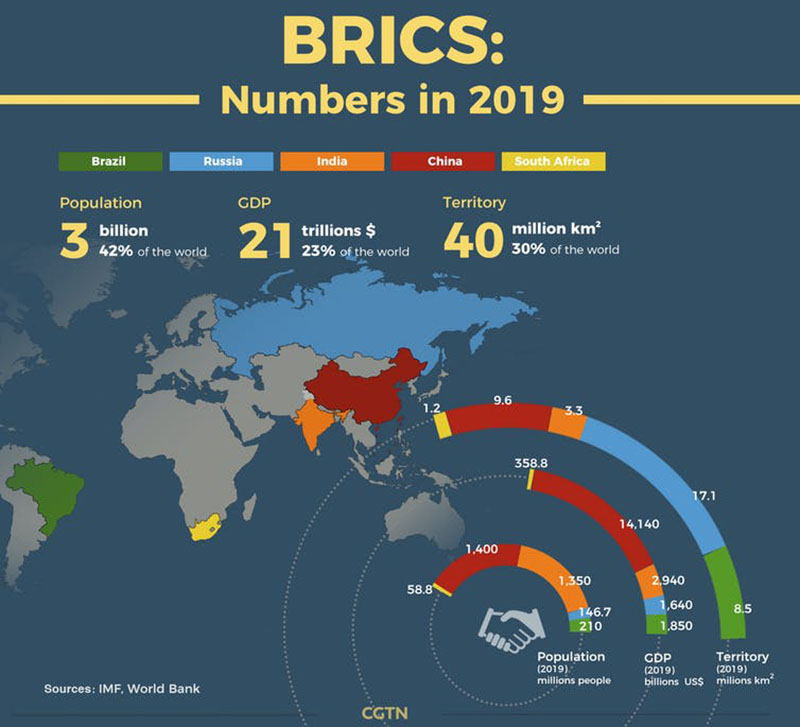 India takes over the chair of BRICS in 2021 and Modi set out his priorities in his speech. He identified terrorism as the world’s biggest problem and stressed the importance of multilateral cooperation in countering this. But, he added, “today the multilateral system is going through a crisis”.

He signalled the need for reform of several major global institutions including the UN Security Council, as well as the WHO, World Trade Organization and the International Monetary Fund (IMF).

Putin, in turn, stressed the importance of BRICS countries working together in areas such as science and innovation, as well as continuing to develop cultural ties and a common strategy to combat terrorism, drug trafficking and cyber crime.

Xi warned that the pandemic would increase the clamour for “de-globalisation”, “economic decoupling” and “parallel systems”. This, he said, would “end up hurting one’s own interests and the common interests of all”, adding:

We need to uphold the multilateral trading system with the WTO at its core and reject abuse of the ‘national security’ concept for protectionist purposes.

The summit provided another chance for Modi and Xi to meet (virtually) face to face amid the two countries’ border tensions in the Ladakh region. Both countries have strengthened their ties with Russia in the summit, although their military standoff will continue to cast a shadow over the bloc.

From BRICS to G20

So the five BRICS leaders had a chance to develop a common script to take to the G20 in Riyadh at the weekend. Covering two-thirds of the world’s population and representing 75% of global GDP, the G20 group has traditionally been dominated by western powers whose economic might gave them the heft to set the global political economy.

But there are signs this is not as solid as it was. Disastrous coronavirus responses from the US and UK have undermined their leadership status on this, the world’s most pressing issue in 2020. This in turn provides an opportunity for emerging powers from BRICS to stand in the front row. The political turmoil surrounding the result of the US election has also muddied the waters and it will be interesting to see what the US president, Donald Trump, says and does during the summit.

If BRICS summit was a rehearsal of the emerging powers’ advocacy of their positioning for the new world order, the G20 summit provides a formal occasion for them to exercise their voice more widely.