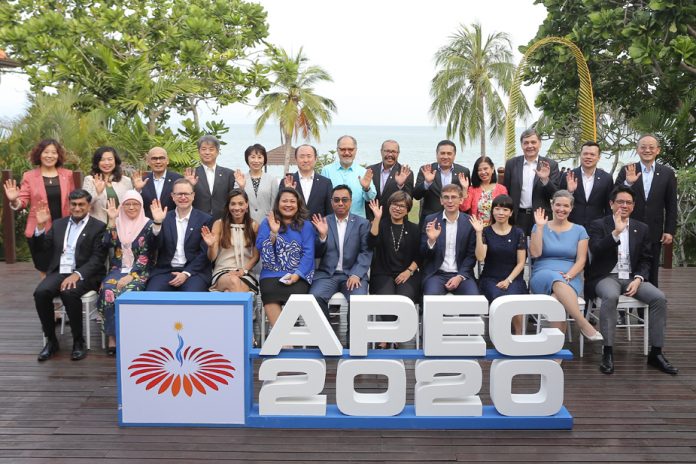 After four long years of diminished prospects, stagnation and divisive geopolitics, four summits could show the way toward a better future.

Recently, Moscow hosted the 12th BRICS Summit. Malaysia is hosting the APEC Summit. And Riyadh will welcome the world leaders into the highly-anticipated G20 conference.

Importantly, these high-level events followed the signing of the Regional Comprehensive Economic Partnership (RCEP), the world’s largest free-trade pact, which could help build multiple new paths toward a shared future.

The global economy is expected to shrink by 5 percent in 2020. World trade is likely to plummet by 20 percent. After misguided trade wars and the pandemic, global cooperation across all differences is vital to defeat the pandemic and facilitate economic recovery.

to act as inspiration

In the ASEAN Summit last weekend, after nearly a decade of talks, 15 countries signed the Regional Comprehensive Economic Partnership (RCEP).

The RCEP is expected to eliminate 90 percent of the tariffs on imports between its signatory economies within 20 years of coming into effect, which could be by early as next year. It will also seek to establish common rules for e-commerce, trade and intellectual property.

Until recently, the RCEP critics in the West argued that the pact represents “shallow” integration since its requirements are not as stringent as, say, the now defunct Trans-Pacific Partnership (TPP) which was negotiated in secrecy in the Obama era. Typically, when the remaining 11 TPP countries agreed on the revised Comprehensive and Progressive Agreement for Trans-Pacific Partnership (CPTPP), it omitted 20 provisions that US had included in the original TPP.

Second, “shallow” integration is better aligned with the integration needs in emerging Asia, where governments play critical role in economic development, the idea of national sovereignty is vital, and legacies of Western colonialism remain prominent.

Third, the RCEP may be more aligned with the new international landscape that’s overshadowed by protectionism and tariff wars.

Hosted by Russia on November 17, the BRICS Summit brought together major economies of the emerging-market bloc: Brazil, Russia, India, China and South Africa. Together, they account for one quarter of the world economy.

As the second-most affected country by the novel coronavirus pandemic, India’s cumulative Covid-19 cases exceed 9 million, while Brazil has 6 million and Russia 2 million cases, respectively. Unlike the rest, China has managed to keep its cases below 90,000. As a result, Chinese economy is already rebounding.

Due to the tensions in the world economy, the BRICS Summit focused on practical measures to battle the pandemic and support the BRICS’ economic recovery. It also created an early warning system for epidemiological threats to foster BRICS capabilities on medical products. As clinical vaccine tests are moving ahead fast, companies in BRICS countries are getting ready to ramp up large-scale production.

As a result of the pandemic, the BRICS New Development Bank (NDB) has been in great demand. It has already reserved $10 billion to combat the pandemic, but its overall portfolio of investment projects exceeds $20 billion.

Most importantly, the Summit further facilitated trade, investments and small-and-medium size enterprises’ (SMEs) role in international trade. While large multinational corporations fuel the recovery of global GDP, it is the SMEs that have the relatively greatest job-creation effect, which is vital for global recovery.

In the Malaysia-hosted APEC Summit on November 20, the bloc is expected to set a new vision to guide the forum’s work in the next decades.

With APEC and its 21 member economies, the idea of regional free trade has been around since 1966 when Japanese economist Kiyoshi Kojima advocated a Pacific Free Trade agreement. Three decades later, APEC leaders opted for free and open trade and investment in the Asia Pacific.

In 2006, C. Fred Bergsten, then chief of an influential US think-tank, advocated the Free Trade Area of the Asia Pacific (FTAAP). If the FTAAP could be achieved, it would represent the largest single liberalization in history.

That’s the FTAAP goal that APEC put forward in 2006, which is supported by many Asian economies, including China. It would be very much in the long-term interest of the United States as well. No single country can any longer have unipolar primacy in world trade; all countries have a critical stake in multilateral world trade.

What APEC needs is a timely roadmap for the effective implementation of its vision.

Since early spring, the major rich-income economies have been crafting massive stimulus responses against the pandemic. In 2020, fiscal support packages could climb to $15 to $20 trillion worldwide. Meanwhile, many medium- and particularly low-income economies are suffering from excessive debt burden.

On November 21-22, the G20 Summit will focus on addressing the implications of the global pandemic, future health care plans and steps for revising the global economy, including fiscal support, debt reductions and other vital measures.

G20 has the required economic muscle for global change. With 19 largest economies and the European Union, it accounts for 90 percent of the gross world product and 80 percent of world trade.

When the major economies in Western Europe and North America failed to contain the Great Recession in 2007-09, it was G20, led forcefully by its then-chief Dominique Strauss-Kahn, that played a vital role in surpassing fatal headwinds.

More recently, such initiatives have been less evident.

Trade wars have no winners,

shared future will benefit all

In January 2017, China’s President Xi Jinping offered a strong defense of more inclusive free trade at the World Economic Forum. Xi likened protectionism to “locking oneself in a dark room” in the hopes of protecting oneself from danger, but in so doing, cutting off all “light and air.”

Xi predicted, quite rightly in retrospect, that “no one will emerge as a winner in a trade war.”

It is this global sense of a shared future that the summit season should promote for success in the battle against the pandemic and for global economic recovery.

The original commentary was published by China Daily on Nov. 17, 2020. This is an updated version.