Every November, the annual summit meetings of Asia’s key regional institutions attracts the world’s attention. The APEC leaders’ meeting started the trend in 1993, adopting a much-derided practice of an awkward photo op where presidents and prime minister dress in “local” attire. ASEAN’s own leaders’ summit and its outgrowths, especially the East Asia Summit (EAS), are scheduled in close proximity to APEC, creating an annual “summit season”.

This year, Indonesia’s hosting of the G20 leader’s jamboree gives the season added significance. The Ukraine war, global economic turmoil and the dismal state of Sino-American relations makes for an extremely challenging context for the groupings.

Across all of the summits, the ASEAN-centred ones as well as at the G20 and APEC, the sideline meetings stole the show. Chinese President Xi Jinping’s three hour discussion with US President Joe Biden was the most significant of all. Both leaders came to Southeast Asia with added confidence due to recent domestic political successes. Xi had secured a third term as paramount leader and solidified his hold on the Chinese Communist Party in the awkward photo op.

Biden had beaten the historical odds, and pundits’ expectations, to retain the Democratic majority in the Senate while minimising losses in the House at the mid-term elections.

As leaders, they had met previously only online, and their first in-person interaction appeared to go well. No major breakthroughs were reached but they agreed to recommence some high level discussions that had been cut off. Given how fraught things have been, this is a positive move.

Most of these meetings indicated the Chinese leader was seeking to improve ties, notably with Australia and Japan, where bilateral relations have been difficult in recent years. Xi uncharacteristically publicly admonished Trudeau for purportedly leaking remarks from their meeting to the press. 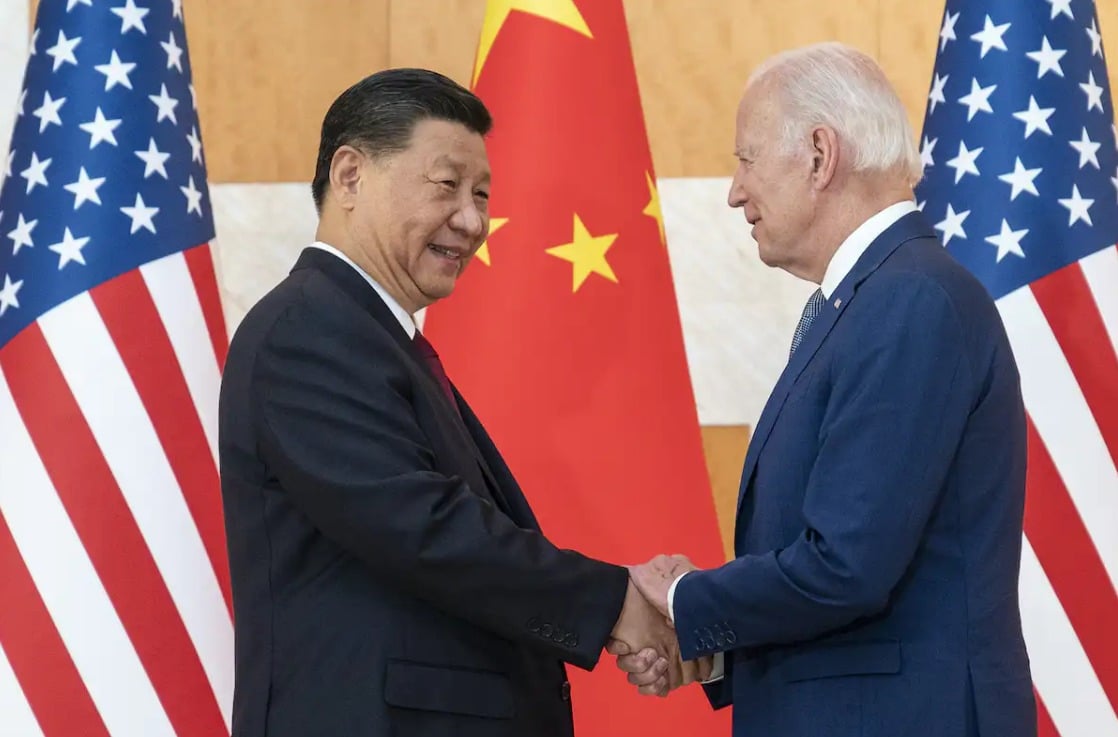 Prior to the summits, much speculation centred on who would and would not attend, with Russian participation causing the most unease. As a member of the EAS, G20 and APEC, the risk the war in Ukraine would divide members and derail the summits was significant. At one point, it appeared several countries might boycott the summits if Russia attended.

In the end, Vladimir Putin did not attend. This revealed a lack of confidence on his part stemming from the war’s circumstances and the embarrassing way in which he was treated by the China at the recent Shanghai Cooperation Organization gathering in Uzbekistan.

Russia was represented by foreign minister Sergey Lavrov, who firmly pushed his country’s line. This led to the scuppering of the EAS efforts to produce its usual joint communique. And while the G20 statement was agreed, through much Indonesian effort, it was not as unified or firm in its criticism of Russia as many may have preferred. Equally, the APEC statement did appear, but with similar equivocation.

Biden’s decision not to attend APEC – it clashed with his granddaughter’s wedding – meant the Chinese leader’s remarks obliquely blaming the US for destabilising the region received more attention than they might otherwise. But a sense of summit fatigue was palpable in Bangkok.

So, what actually was achieved?

The improvement in tenor of US-China relations is unquestionably positive and the less hard-edged face that Xi presented to the world is also encouraging. But summit season showed us that the institutions themselves are in an uneven state.

ASEAN is resilient as an organisation, but the grouping’s manifest failure to deal with the ongoing turmoil in Myanmar is causing even the most ardent supporter to have doubts about it. 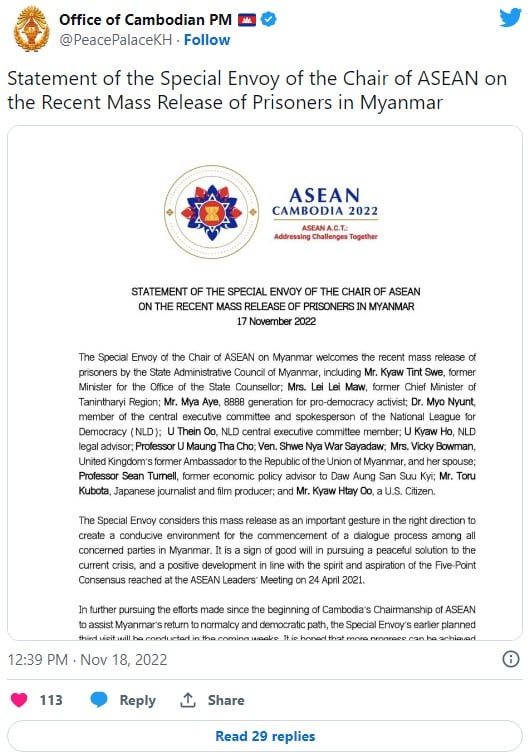 APEC’s primary focus is on international on trade and it has found the rise of economic nationalism especially challenging. The geopolitical crosswinds are adding to this and the 2022 summit showed no signs the grouping is capable of grappling with the times.

The EAS appears to have suffered most. The gathering brings together the ten ASEAN members alongside Japan, China, South Korea, US, Russia, Australia, NZ and India at the highest level. It has, ostensibly, a full spectrum policy remit. The potential in the grouping was immense, yet it has failed to capitalise on this. Jammed in the middle of meetings that are higher profile and politically more valued, the EAS was almost invisible, for which it may be grateful given its inability to reach any kind of significant common ground.

Notwithstanding the tensions caused by Russian participation, the G20 showed that members value it sufficiently to provide a level of accommodation and flexibility. While its ability to provide the kind of macro-economic coordination that was behind its establishment is not optimal, it and its president had a generally sound week.

But it was unmistakable just how significant the gaps are that exist between many of the world’s most important powers. The institutions can only do so much to bridge those gaps. Institutions are there to help states cooperate with one another, to build trust and foster collaboration action. These bodies seem to be more appealing to members as convenient places to convene than as mechanisms through which to coordinate shared policy goals.

This should not be surprising given the heightened geopolitical tensions in today’s world. But it is a sobering reminder of the limits of collective action at a time when it has never been so needed.

This article was originally published in The Conversation on 20 November 2022. It can be accessed here: https://theconversation.com/as-apec-winds-up-summit-season-brought-successes-but-also-revealed-the-extent-of-global-challenges-193934

Nick Bisley – Dean and Head of the School of Humanities and Social Sciences and Professor of International Relations at La Trobe University. Prior to this appointment he was the Executive Director of La Trobe Asia. His research and teaching expertise is in Asia’s international relations, great power politics and Australian foreign and defence policy. Nick is the author of many works on international relations, including Great Powers in the Changing International Order (Lynne Rienner, 2012) and Issues in 21st Century World Politics 3e (Palgrave, 2017), co-edited with Mark Beeson. He is a member of China Matters advisory board.