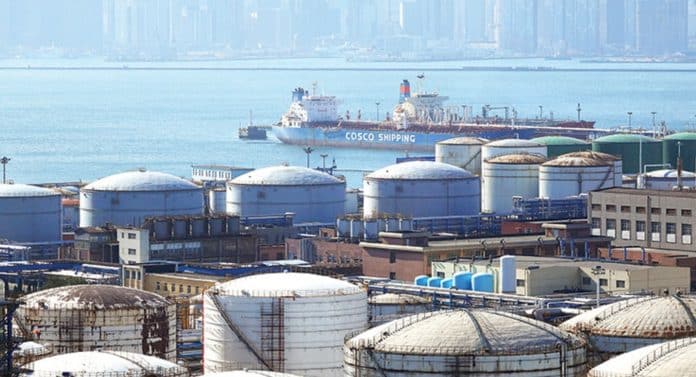 After a tough 2022, China seeks to move toward recovery in 2023, amid stagnation in the US and deep recession in the Eurozone.

Battered by domestic challenges and disruptive external headwinds, Chinese economy has coped with a tough year. The lockdown of Guangzhou’s transportation hub, a rising number of cases in Beijing and other major cities highlight the most recent challenges, along with shifts in Covid strategy.

And if it’s been a hard year for China, it’s been worse elsewhere, thanks to misguided economic policies and ill-advised geopolitics. The risk of recession casts a dark shadow over the US, which remains deeply polarized. The Eurozone is facing a deep recession, Japan’s economy is shrinking, and the United Kingdom is struggling with the worst fall in living standards since records began.

Until the fall, economic data has reflected challenges. Retail sales and domestic tourism have slumped, mainly because of recurrent lockdowns across first-tier megacities. That’s the net effect of mobility restrictions, which undermine effective demand.

The reverse side of reduced consumption are rising household deposits and falling equity markets. When people feel uneasy about the future, they save rather than consume, while businesses defer investment decisions and investors flee to liquidity.

Industrial production has moderated, due to supply-chain disruptions among the provinces. While automobile production and new electric vehicle production signals progress, the double-digit fall of the semiconductors is the direct result of US-led geopolitics. In turn, the slowing growth of exports reflects recessionary risks in the US and the European Union, two of China’s major trading partners.

Through the year, investment, fueled mainly by the public sector, has offset effective demand, as evidenced by higher output in steel and new renewable projects. That will add to debt pressures, particularly at the local level. Meanwhile, the Fed’s aggressive tightening has complicated efforts at monetary easing at the People’s Bank of China.

Yet, the real story of 2023 is likely to be the impending recovery of the Chinese economy. A central determinant in unleashing the Chinese consumption potential, private sector investment and investor confidence hinges on the fine-tuning of the dynamic clearing policy to Covid-19 cases and the consequent broad-based recovery.

Though gradual, the implementations of new rules to better balance the pandemic fight and economic development could result in a surge of pent-up demand by the second quarter of 2023. Such progress would strengthen economic data. Retail sales would climb. Consumer confidence, even domestic tourism, would pick up with rising consumption, including (costlier) consumer durables, while household deposits would decrease accordingly.

Businesses would invest more, including foreign multinationals as their home markets in the West will stagnate. Property markets would gradually normalize and also benefit from pent-up demand. Chinese investors would return to equity markets, which would also be attractive to overseas investors seeking diversification. The MSCI China Index heralds the turnaround; it was 24% up in November, compared to only 2% for the S&P 500 Index.

Industrial production would pick up. Despite demand destruction in the West, the Belt and Road Initiative (BRIA) will promote steady progress on the back of recovery in Southeast Asia, which China is both driving and benefiting from. Less fixed asset investment by the public sector would reduce local governments’ debt pressures.

In a downside scenario, domestic woes would prove more adverse because China would shun from reforms and opening-up policies. This nightmare scenario is aggressively propagated by neoconservatives in the West, although it has nothing to do with facts.

In reality, both reforms and opening-up policies will continue in China.

Certainly, domestic challenges will remain tough. The population is aging. The economy needs to move from investment toward consumption. Despite decelerating economic growth, per capita incomes must continue to rise. Worse, these challenges must be met amid the West’s purposeful efforts to undermine such efforts.

Yet, in each case, policymakers have shown willingness to rely on reforms to overcome challenges. The aging-related reduction of the labor force will be significantly smaller than expected, as the new UN projections attest.

Furthermore, the share of investment to GDP likely peaked at 42 percent in the past half a decade, with a gradual decline set to ensue.

And thanks to continued reforms and “common prosperity” policies, Chinese catch-up in productivity and per capita incomes has climbed to more than a third of the US level, even as secular growth is decelerating to 4% in the late 2020s.

In 2022, analysts and multilateral banks estimate China’s GDP growth at 3 to 3.3%. Then again, the growth rates of all major economies have been downgraded for 2022.

The real story is that, thanks to the expected rebound, China’s growth could climb to 4.5 percent to 5.0 percent in 2023. The precondition is that prevention and control policies will continue to be refined to make them more agile and flexible and the global landscape remains manageable, as indicated by the easing of Sino-US tensions after the recent meeting between President Joe Biden and President Xi Jinping.

The original version was published by China Daily in the expert series on “China and the World Roundtable” on November 28, 2022