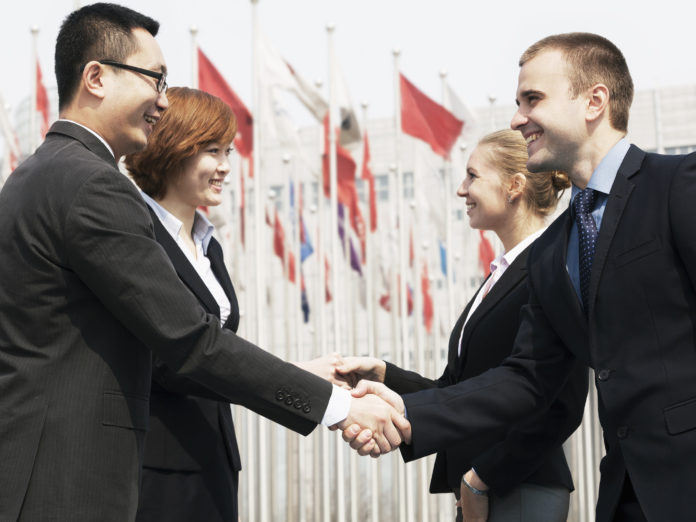 Business relationships between China and Europe have existed for quite some time and with the a renewed focus on the Silk Road Economic Belt and the 21st Century Maritime Silk Road initiatives, this relationship is likely to flourish even more. As such guanxi is an integral part of both personal relationships and business conduct in China and societies influenced by the Chinese around the world.

In light of this development – the renewed focus on the Silk Road Economic Belt and the 21st Century Maritime Silk Road initiatives – it is crucial to understand what makes business tick in China. Specifically, engaging in business in China, like everywhere else, knowing the right people and building relationships with them will get you ahead. One important peculiarity in the Chinese context is that a personal connection between two individuals will be bounded by an implicit psychological contract to follow the social and cultural norm of guanxi.

Guanxi is the informal obligation that everyone is expected to follow in China, regardless of their cultural background or nationality, because it relates to the social standard when building and maintaining a relationship or social network with the Chinese. As such guanxi is an integral part of both personal relationships and business conduct in China and societies influenced by the Chinese around the world.

Guanxi stems from Confucianism and is a cultural-specific notion that comes from aspects of collectivism and the relational culture. It is characterised as the close-knit ties between individuals (and among networks of actors) that are established through social interactions and resource exchanges. The practice of guanxi manifests itself in the networks of relations and is commonly conceptualised as interpersonal ties built around mutual commitment, loyalty, and obligation. Between the contact of two parties and through numerous interactions, quality guanxi involves self-disclosure, dynamic reciprocity, and long-term equity principles, which result in mutual trust and closer bonds.

Guanxi stems from Confucianism and is a cultural-specific notion that comes from aspects of collectivism and the relational culture.

In business conduct, guanxi represents a firm’s interactions with the broader environment including the norm and social characteristic in which individuals, firms, and governments draw on a web of connections to secure favours in personal and organisational relations. Guanxi has implications for firm performance in China, in that it affects the flow of resources from key stakeholders, such as the government. It is widely recognised that western firms need to understand and engage in guanxi in order to develop and improve their business relationships with the Chinese counterparts.

Although business and academic synergies have devoted great efforts to understand guanxi due to its growing importance in business over recent decades, with especially the academic crowd witnessing an explosion of research, guanxi is often considered as one concept and not expressed as a notion that involves multiple aspects. Unless guanxi is seen as a multidimensional concept, understanding and embodying it will become more and more difficult for businesses. For example, few actually know that when it comes to business relationships guanxi consists of several individual guanxi dimensions, such as ganqing (emotional attachment), renqing (reciprocal favour exchange), and xinren (interpersonal trust).

Bang Nguyen is Associate Professor of Marketing at the East China University of Science and Technology, Shanghai, China. Prior to moving to China, he was a Marketing Educator at Oxford Brookes University, Oxford, UK. He is the author of the book Ethical and Social Marketing in Asia.

David De Cremer is the KPMG Professor of Management Studies at the Judge Business School, University of Cambridge, UK, and an honorary professor at Wenzhou University, China. Before moving to the UK, he was a Professor of Management at China Europe International Business School in Shanghai. He is the author of the book Pro-active Leadership: How to overcome procrastination and be a bold decision-maker.

Women as Market Drivers in China

The Greening of Asia: Businesses’ Role in the World’s Biggest-Ever Environmental...