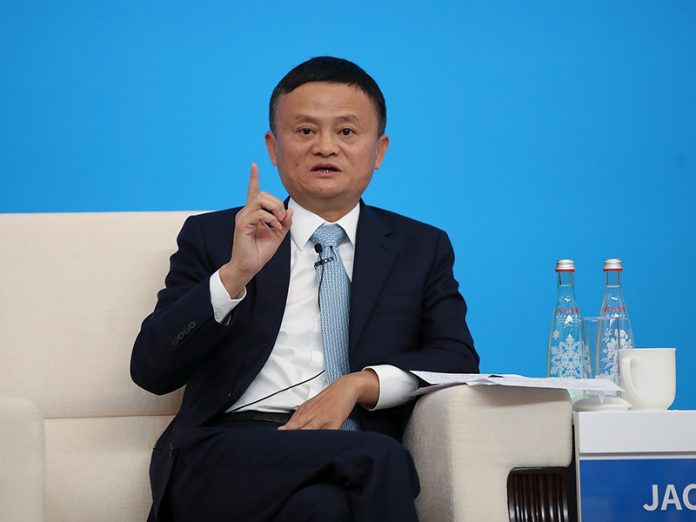 There are probably only a handful of people who don’t know of Jack Ma, but it’s a guarantee most people you meet have at least heard of him. Solidifying his place in many industries and transforming the Internet as we know it, this Chinese billionaire is a generational icon worth reading about.

Who would have known a 5”3 slight man from Hangzhou, China would become the unwavering face of one of the most notable tech giant corporations today? Jack Ma, or Ma Yun, is a Chinese business magnate and philanthropist. His most well-known accomplishment is establishing a chain of successful internet-based businesses from the ground up, namely the Alibaba group.

As the figurehead of an enormous organisation, Jack Ma is one of the most successful businessmen in the world with a story like no other. His rags to riches journey filled with a fair share of wins and losses made him who he is today, and it is safe to say since the foundation of his creation, our e-commerce landscape has evolved for the better.

As of 2020, he is listed as the #1 richest man on Forbes’ China Rich List 2020 and #17 overall on the Billionaire 2020 list. This seemingly proud self-made man has achieved far greater than what he set out for, even landing a title as the first Chinese entrepreneur to appear on the cover of Forbes magazine with an estimated net worth of $62.1 billion today.

If you didn’t know who he is yet, here are some interesting bits that will help you learn all about this businessman:

Jack Ma recalled his first real profession being an English university teacher for 5 years, sometimes to a full class of 500 students. He later on admitted that even though his profession dealt with computers on the regular, he didn’t how to go around them other than menial tasks like sending emails.

He also revealed his desire to learn a foreign language, specifically English. He grew a strong will to learn the language when he was only 12 years old and nurtured it by self-appointing himself as a tour guide – he went about fancy hotels in Hangzhou waiting on foreigners and offering to tour them for free, all the while conversing with them in English and picking up on the language for nearly 8 years.

Even before Alibaba became a thing, Jack Ma’s vision for his future company always centered on it being global. So he had to choose a name that would be easy to comprehend and understand by different people, as well as be remarkable enough for them to remember.

He chanced upon the name in America when he asked a waitress if she was familiar with “Alibaba”, a character from “One Thousand and One Nights”. The waitress then said yes and related it with “open sesame”, which led to Jack going around and surveying more people if they shared the same sentiment, to which they did. Hence the birth of Alibaba, an easy enough name to roll off the tongue but still unique enough to linger in the mind.

Did you know that Jack Ma applied to study at Harvard University ten times and was rejected each time? He also failed his college entrance examinations in China three times. If all that wasn’t enough, when it came to job applications he also fell short; Jack applied to thirty local jobs in China, and they all rejected him.

After that, he tried his hand in customer service and tried for a simple job at KFC, where he was the only one out of 27 people who didn’t get in. Suffice to say, even Jack Ma himself has dealt with his own share of uncharacteristic failures.

Every year, Jack Ma gives away 0.3% of Alibaba’s total revenue to various organisations to help the environment. Coming from a poor childhood, the conglomerate often comforted himself by spending time in his natural surroundings which prompted his environmentalist philanthropy due to most places he hung out as a child being wiped away because of climate change.

When Barack Obama interviewed Jack Ma during APEC asking about the reason for his devotion to this specific cause, he only replied: “f we don’t have a healthy environment, no matter how much money we make we will still face the environmental disaster. That’s our concern.”

When he was brainstorming ways to push eBay out of the Chinese market in fear of foreign domination, a friend advised him to read “Perfect Marketing”, a book detailing about eBay’s efforts to beat Yahoo. Only he refused because strategic thinking content like that was not his cup of tea, reasoning, “one day I want them to read the book called ‘How Taobao beat eBay’.”

Jack Ma himself proclaims to have a fascination with books about martial arts and chivalry, even going so far as to model most of Alibaba’s core values into that of WuXia novels and WuXia culture. He said so himself he was a big fan of Jin Yong and his acclaimed works on the adventures of martial artists in ancient China.

Today, it comes as a no brainer to associate the name “Jack Ma” with self-made, success, and philanthropy. He embodied the commoner’s dream of being their own boss and making a name for themselves on their own terms, and did it unfailingly well for the longest time. With Alibaba’s worth today hovering around $36 billion – it’s no wonder people are curious to read his success story and hopefully emulate his work ethic.