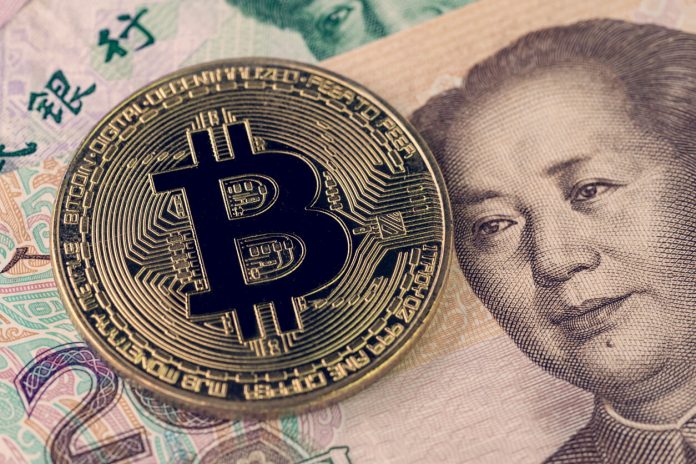 China has a reputation for having one of the strictest internet censorship policies in the world.

People arriving in China for the first time have to grapple with strict internet laws in order to navigate their most commonly browsed internet service such as WhatsApp, Facebook and Netflix. Yet, what they may not know is the extensive list of online products which are forbidden in China.

The online payments market in China is a $9.8 trillion market which the Chinese government is desperately trying to reign in. Here we explore the major online services that are not permitted when using the internet in China.

As part of a four-year campaign trying to mitigate the threat to China’s financial system, Chinese regulators are taking on the FinTech sector. Recently, China has banned banks from selling deposit products on third-party internet platforms in an attempt to avoid a liquidity crisis among lenders.

With the so-called “platform economy” ever-growing in China, governmental policy is trying to reign this in with an ongoing antitrust clampdown. Through their strict policies, they want to try and better control all e-commerce activities with everything from food shopping to retail to banking.

This clampdown will not only increase vigilance for the more than 7,000 microlenders, but from every aspect of online financial services including peer-to-peer lending, wealth management products and loans. For context, high cost loans are legal in the UK and only in certain US states.

Here are just a few of the online financial products currently not permitted by Chinese law:

This extends as far as bookkeeping services with accountants, bookkeepers and auditors unable to sell their services online.

In February 2021, the Bitcoin market capitalisation was valued at $1072.21 billion with an estimated value of $23.3 billion by 2023. It is reported that the highest number of global daily bitcoin transactions in Q1 2021 was 367, 536. Yet, despite the ever-growing ubiquity of bitcoin and cryptocurrencies, this type of transaction is banned in China.

Whilst not officially illegal, Bitcoin is not deemed as legal tender. Exchanges and trading of cryptocurrencies are banned through regulation which means that transactions are not safe or protected the same way that transactions of the Chinese Yuan are. This means that while it is technically legal for citizens to own Bitcoin, buying of cryptocurrencies can only be done on a peer-to-peer basis.

Online gambling of any kind is illegal under Chinese law, although this is nothing new. Since 1949, gambling has been officially outlawed in China including gambling overseas, opening casinos or online gambling.

The only forms of gambling that are permitted in China are the state-run Welfare Lottery and Sports Lottery. However, some people bypass this by using a secure-access VPN to access geo-blocked content.

Due to the illegality of gambling in China, it also means that any gambling debts are not classified as legitimate and therefore cannot be collected through China’s legal or judicial systems.

The internet has been a great way of promoting charitable causes and fundraising. However, in China, online charitable and social service organisations are banned, including any type of fundraising or crowdfunding.

Following purported misuse of so-called charity collections, the Chinese authorities were forced to clamp down on how people engage online with charities. As such, charitable organisations are strictly regulated and, only under certain circumstances, may be permitted to partake in online fundraising.

The authorities stipulate that all charitable organisations may online release fundraising information on official platforms which are recognised by the Civil Affairs Department of the State Council.

It is prohibited for organisations to carry out for-profit activities in the name of charity and all charitable actions must be supervised by administrative authorities.

Although video-chatting is not explicitly prohibited in China, there are many video conferencing services widely used across the world that are not permitted in China. Global favourites such as Google Hangouts, WhatsApp and Slack are not available in China.

By the end of 2019, the video conferencing market in China had increased 36.2%. Crucially, the world favourite video conferencing app, Zoom, was banned in China from September 2019. In lieu of Zoom, Facetime and Skype still work although in China the preferred video chatting services are WeChat and Voov.

Chinese market leader Alibaba offers its own video-conferencing service. Formerly just available across China, following the events of the COVID-19 pandemic this service became global. Known as “DingDing”, it boasts all the key features of video conferencing and can host up to 300 people at once.

Despite the enormous market size of eCommerce in China, the sale of certain products are banned.

It is becoming increasingly common to buy cars, both new and pre-owned vehicles, online with many car dealerships working exclusively online. However, in China these transactions are banned. Online car sales, along with boat dealers, are not permitted in China.

Unlike other parts of the world, the purchase of tobacco products is also outlawed in China. This extends not just to cigarettes but also to any vaping and e-cigarette products.This is said to be part of a wider effort to protect adolescents.

Another item becoming increasingly popular across the rest of the world is CBD products. China has some of the world’s strictest regulations regarding any drug-related substances, and CBD is no exception. The online purchase of CBD in China is illegal, be it CBD oil or any other CBD-related or hemp-based product. These rules apply both for medicinal and recreational use.