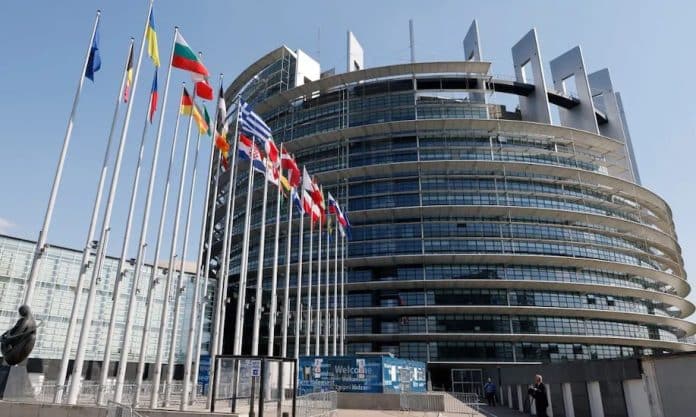 Russia’s war of aggression against Ukraine has upended the European order as we know it, and that was even before the Nord Stream 1 gas pipeline was cut off. While the bloc gets down to grappling with the unfolding energy crisis, the question of consolidating its flanks by speeding up the enlargement process has also come back into focus.

In a critical meeting on 23-24 June, the European Сouncil granted candidate status to Ukraine and Moldova and recognised the “European perspective” of Georgia – a nod acknowledging the country’s future belonged within the European Union.

Less than a month later, Brussels brought to an end the respectively 8- and 17-year-long waits for Albania and North Macedonia by allowing them into the foray of accession negotiations.

This leaves two groups of countries aspiring to join the union: on the one hand, the six Western Balkan countries (Albania, Bosnia and Herzegovina, Kosovo, Montenegro, North Macedonia and Serbia) who began their journey in 2003 at the EU summit held in Thessaloniki, Greece, and now find themselves at different accession stages. On the other, the three countries Ukraine, Moldova and Georgia, which submitted applications to join the bloc following Russia’s aggression in Ukraine earlier this year.

Such an unruly patchwork makes clear the need for a quicker and more effective accession process. Indeed, countries currently aspiring to join the bloc must prove they are able to meet the Copenhagen criteria established by the EU Council in 1993 in Denmark’s capital. These include the provision of sound democratic institutions, a respect for the rule of law, human rights, and protection of minorities. Would-be EU member states must also show they are equipped with a functioning market economy and the institutional and administrative capacity to implement the set of EU legislation and rules imposed on member states, or acquis.

Once these conditions are met, every one of the 27 member states of the European Council must vote the accession of new members, according to a unanimity vote system.

So, might the war finally bring the EU round to enlarging, if not reforming its accession criteria?

There are signs some want to break the deadlock. Take German chancellor Olaf Scholz, who has spent a good part of the summer lobbying for an acceleration of the accession negotiations for the Western Balkans. On 10-11 June he conducted a whistle-stop tour in Kosovo, Serbia, Macedonia and Bulgaria during which he reiterated the region’s strategic importance for Germany and reprimanded Bulgaria for blocking North Macedonia’s access over language and historical disagreements. On 29 August, Scholz again urged the union to expand at a lecture in Prague: The “centre of Europe is moving eastward,” he said.

Greece has joined the ranks. Writing in Politico Europe on 10 June, prime minister Kyriakos Mitsotakis, stressed the “existential importance of integrating this region in the European family” by 2033 – “an ambitious but achievable timeline”. Fulfilling this promise would spare aspiring countries from disillusionment, but also a “vacuum for hostile actors” such as Russia or China from developing.

When it comes to an enhanced enlargement process, EU member states such as Austria, Italy, Poland and Slovenia have consistently expressed their support for welcoming the Western Balkans.

Many agree it is high time to streamline the accession procedure, notably by reforming the bloc’s unanimity voting system. In Prague, Scholz stated:

“Where unanimity is required today, the risk of an individual country using its veto and preventing all the others from forging ahead increases with each additional member state.”

The chancellor went on to announce he had “proposed a gradual transition to majority voting in common foreign policy, but also in other areas, such as tax policy – knowing full well that this would also have repercussions for Germany”.

In this regard, Scholz confirms its alignment with France, which has repeatedly criticised unanimity.

This is sensible. The excesses of certain states’ bargaining power were largely demonstrated by the case of North Macedonia, which was vetoed twice: first by Greece in 2018 on the grounds of the country’s name, and then by Bulgaria since 2020 over language issues and the country’s Bulgarian ethnic minority rights. At a time of rising populism, majority voting would also prevent outsized egos of throwing spanners into the EU works.

Any talk of reform is bound to require heavy lifting before it can materialise, with many opposed to treaty changes. Hungary, which has been lobbying for an inclusion of the Western Balkans into the EU for years, is one of them. At a council meeting in 2020, foreign minister Péter Szijjártó described the “proposal that the EU should no longer give unanimous consent to its foreign policy decisions” as “dangerous and completely contrary to EU treaties”.

Awaiting substantial treaty changes, which would take years of negotiations, one solution could be to adopt a differentiated integration along the lines proposed by French president Emmanuel Macron. Speaking at a conference on the future of Europe on 9 May in Strasbourg, he articulated the concept of a European forum that would be separate from the European Union, a “European political community”. Inspired by François Mitterrand’s (1981-1995) initial idea of a European confederation, the community would offer European neighbours a “new space for cooperation on politics, security, energy, transport, infrastructure investments and the movement of people, especially the young”.

The idea needs refining, however, with the questions of who could join the community, the scope of collaboration, and decision-making procedure still up for debate. It is also unclear whether the forum would serve as an alternative to actual enlargement or as an antechamber for it.

But regardless of the form of EU enlargement, it is clear Russia’s aggression against Ukraine has brought together members states around it like never before in the last two decades. Reservations over the majority vote, which in the end come down to hesitations over trade-offs between EU unity and national sovereignty, will require significant leadership in order to be overcome. Rather than fear and confrontation, member states must now look to their sense of community and responsibility for the EU to act like the global player ought to be – with urgency and unity.

This article was originally published in The Conversation on 7 September 2022. It can be accessed here: https://theconversation.com/war-in-ukraine-has-the-time-for-eu-enlargement-arrived-188398