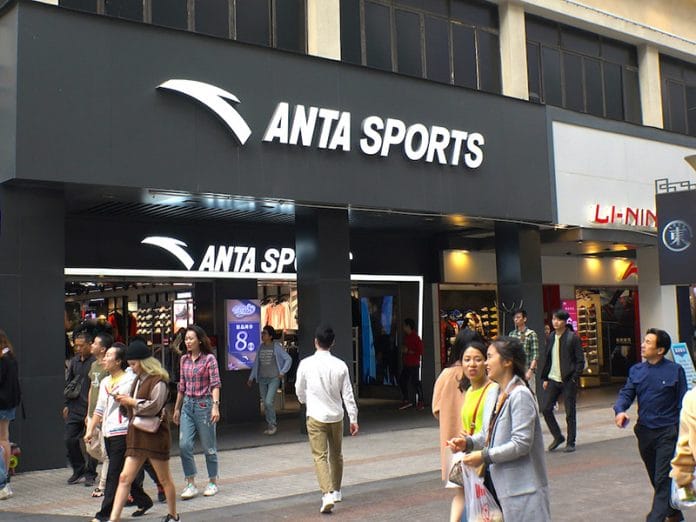 There are established clothing companies in China that have the feel of sportswear and street style, but are great for everyday wear as well as exercising.

Having a healthy body and a healthy lifestyle brings out the best in every individual, yet maintaining your body’s health can be challenging for some. Some people are inspired by the concept of wearing the correct attire for the right activity in order to visualize themselves in achieving their goals. Wearing athleisure while exercising and continuing through the daily routines would be ideal and add a fashionable touch to everyday chores.

Athleisure development has shown that a few factors hinder the primary goal of sportswear by emphasizing it with ageless design, style, and aesthetics. Fitness and athleisure have grown particularly popular among Chinese millennials. Now that it has become a fashion trend for many teenagers to wear street style and sportswear to feel comfortable, here are some clothing businesses in China that have such styles as well.

ANTA has become one of the biggest branded sportswear in China. ANTA is also known as “Safe Step” in chinese. ANTA Sports started during the year of 1991 and has been involved in designing, manufacturing, production, and distribution of branded sportswear like footwear, apparel, and accessories. They began first as a small factory of China’s garments and footwear located in Xiamen, Fujian Province.

The Group opened China’s first local “Sports Science Laboratory” in 2005, using advanced testing equipment and assessment procedures to create unique items for professional athletes and the general public. As the company seeks to concentrate on both mainstream and high-end sportswear industries. ANTA’s aim is to improve the world via innovation and continuous change.

361 is a clothing corporation that produces clothes, footwear, and accessories. Their motto is ‘one degree beyond.’ It’s not only about exercise training and giving your all as an athlete but the goal is to see individuals from all areas of life and at all levels of capability to achieve more than they believe they can.

The company started in 2016 with the intention of entering the market of running shoes. 361 degrees assist local stores in growing their businesses, as well as in organizing communities and events that bring people together. They are also an official partner of the Hamburg Marathon.

Mr. Lining, who is also a gymnast, is the inspiration for the name Li ning. He established the company in 1990 with the goal of giving Chinese athletes a national brand to wear on the international stage of the Olympics. He has also received 106 gold medals during his time as a world-class gymnast and entitled himself as “The Prince of Gymnastics” as he won 6 out of 7 gold medals.

He wanted to portray a futuristic, worldwide vision of Chinese heritage made possible by  Li Ning’s innovations. Li ning’s trademark is a contrast of western traditional components, which has traditional details of sportswear. Classic forms are expressed in new materials in which every piece is authentically Chinese while still being created for a worldwide appeal.

The company was founded in 1987. The company’s chairman  once said, “ Xtep is committed to become the runners’ brand of choice, and hopes that through initiating the 3.21 Running Festival, the Group can promote healthy lifestyles, share the experiences and pleasures of running with the public, and attract more people to love running and love Xtep.” As their goal is to collect not only profit from the brand but also the experiences of the people who choose their brand as well.

X-tep held an international running event called “3.21 Running Festival” during March 2019. It highlights the Group’s commitment to running and at the same time, X-tep also gathered thousands of runner for a ten-city run. These are runner from Beijing, Shanghai, Guangzhou, Hangzhou, Wuhan, Xiamen and other more cities located in China!

Unlike other brands, which include apparel and other sports accessories, the company focuses on footwear for its consumers. They have shoes for men and women, as well as shoes for children.

Peak was launched in 1989 and was the first Chinese sportswear brand to display its commercials at the NBA games in 2005. Tony Parker and Dwight Howard were their previous iconic models.

Peak Sports Products is a Chinese manufacturing company that owns up to 7000 retail outlets, and originated in Fujian Province. It is indeed known to be the smallest company amongst all the sportswear companies in China compared to ANTA, and Li Ning.

Aside from the well-known and most famous brands in Western nations, Asian companies such as those listed have a lot to contribute. Those listed brands have established partnerships with other companies in order to broaden their reach and attract more customers. It really is interesting to look into China’s athleisure brands to discover more of their nation and their product quality.

How To Make Your Own Jewelry

How SEO Is Benefiting The E-Commerce Industry