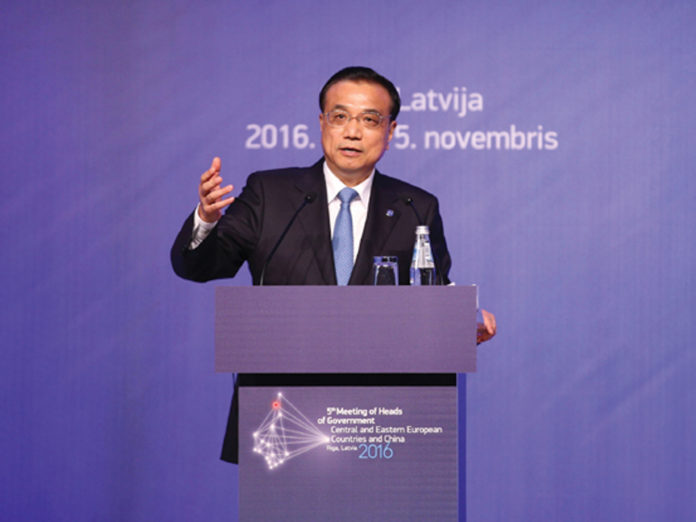 Premier Li’s Eurasian tour heralds the new future of Eurasia that will be based on regional economic integration.

Interestingly, it was one of those multinational visits that was left in the dark by the Western media. Yet, Premier Li’s visits precipitate increasing economic, political and security cooperation in a world region that the leading US strategic thinkers have historically considered critical to “American primacy”; that is, US global hegemony.

US security doctrines contend that no Eurasian challengers should emerge capable of dominating Eurasia. In reality, Eurasia wants peace and prosperity, not dominance and hegemony.

The Rise of Eurasian Economy

During his tour, Premier Li also attended the 15th prime ministers’ meeting of the Shanghai Cooperation Organization (SCO) in Bishkek, the Kyrgyz capital, and the fifth leaders’ meeting of China and Central and Eastern European (CEE) countries in Riga. In the Latvian capital, he proposed four principles to guide “16+1” cooperation: mutual respect and assistance, win-win cooperation, openness and inclusiveness, and joint development.

From the Eurasian perspective, Premier Li’s visit continues to pave the way to regional cooperation in Eurasia and economic integration within the Eurasian Economic Union (EAEU). In January 2015, the EAEU was signed by Belarus, Kazakhstan and Russia, with further accession treaties by Kyrgyzstan and Armenia.

In this view, the Eurasia is a grand chessboard, which has room for only one “hegemon”- the United States.

The five EAEU nations represent an integrated single market of more than 180 million people and a GDP of $1.5 trillion; the economic size of Canada or South Korea, respectively. While Russia dominates more than 85% of the total, the real importance of the Union is that through economic integration it will ensure peace and economic cooperation between the member countries.

From the Chinese perspective, the four countries – Kyrgyzstan, Kazakhstan, Russia and Latvia – are all located along the ancient Silk Road. Indeed, Li’s tour sought to foster the joint implementation of China’s One Road One Belt (OBOR) initiative.

It is the modern restoration of the trade, logistics and infrastructure network that will connect East, South and Southeast Asia with Central Asia, the Middle East and North Africa, through Central and Eastern Europe to Western Europe.

Dr Steinbock is the founder of the Difference Group and has served as the research director at the India, China, and America Institute (USA) and a visiting fellow at the Shanghai Institutes for International Studies (China) and the EU Center (Singapore). For more information, see http://www.differencegroup.net/