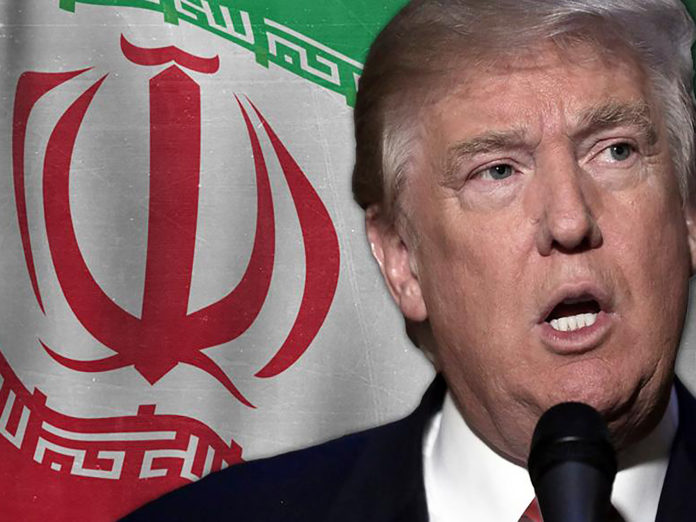 The tyrant, of course, is Donald Trump. He launched tirade after tirade, and keeps launching them, insult after insult, lies after lies after miserable lies at the Government of Iran – about Iran not fulfilling the conditions of the Nuclear Deal. The typical mass indoctrination of the western world through the presstitute mainstream media. Goebbels might smile in his grave, how well the neolibs or neo-Nazis have learned from the Nazis of his time – and perfected this science of deceit in the last 50 years. Fortunately, the counter culture, the truth seekers have also become more sophisticated. More people are waking up to the truth every day.

This Nuclear Deal was an agreement reached after 9 years of meticulous, often perilous and at times for Iran demeaning and offending negotiations. But Iran endured, because Iran’s negotiators, notably the Foreign Minister Javad Zarif, knew what they were talking about, namely that Iran had never any plans to develop nuclear weapons, but using the enrichment process for the production of nuclear power. This was, by the way, confirmed by all 16 US security agencies. To no avail. The media all but ignored it. The announcement received little coverage by the MSM and was soon shoved under the carpet by the massive wester lie-propaganda.

Iran knew that justice was on her side – the agreement concluded in Vienna, Austria, on 14 July 2015 between the 5 + 1 (the five permanent members of the UN Security Council, China, France, Russia, UK, the United States plus German), as well as the European Union with the so called Joint Comprehensive Plan of Action (JCPOA). Of course, this was under Obama’s Presidency, and Obama was not as friendly to Netanyahu as is Trump, who is through his family closely interlinked with the Master Zionist of the Zionists, Mr. Bibi Netanyahu.