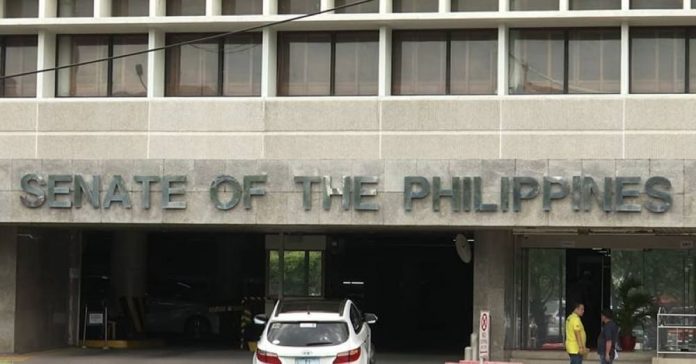 President Duterte initiated the RCEP deal in early September. Without Senate ratification, the country is about to lose hundreds of millions of dollars. In the coming months, delays will cost far more. Why the debacle?

A week ago, Senate Minority Leader Franklin Drilon urged members of both houses of Congress to quickly pass vital measures in the few remaining legislative days left before the long pre-election recess. Yet, as the editors of The Manila Times, have stressed, Drilon’s to-do list excluded its most critical item: Senate ratification of the Regional Comprehensive Economic Partnership (RCEP).

President Duterte initiated the trade deal on September 2, 2021. But the Senate began hearings on it only in early November and the country missed the January 1, 2022 effectivity of the RCEP. Without Senate ratification, the Philippines won’t have a formal role in the RCEP until the latter half of the year earliest.

The pact has been estimated to increase the Philippine GDP by as much as 2 percent. Long delays ensure that that other signatory countries will benefit from a first-mover advantage, which is likely to leave the Philippines further behind in regional efforts to attract foreign investment.

Instead of the RCEP, Drilon’s list features the “vape law” that has been condemned by the US CDC and Philippine Health Department as a threat to public health.

Why does Senate Minority insist on harming Philippine economy, while endangering Filipino livelihoods, even lives?

The benefits of participation

The RCEP is a free trade deal among the ASEAN, East Asia’s growth engines (China, Japan, South Korea), and Australia. These countries account for almost a third of the world population and the global GDP. It is the largest trade bloc in history.

To the Philippines, it is an instrument to attract new foreign investment. It will secure access to cheaper raw materials and intermediate goods for export and local industries. It accounts for some 50% of Philippine exports and 68% of Philippine import sources, says Dr Henry Lim Son Liong, President of the Filipino-Chinese Chamber (FFCCCII).

The RCEP will accelerate the government’s infrastructure reforms. It has been estimated to increase real GDP growth by 0.9 percent with poverty declining by 5% in 2030.

Importantly, the pact would expand access to overseas markets for domestic goods and services, especially for small and medium enterprises (MSMEs). That’s vital for job-creation since the MSMEs, unlike the capital-intensive big business, have a significant employment effect.

In terms of its aggregate impact, the RCEP could increase the Philippine GDP by up to 2 percent. Last year, the GDP amounted to nearly $390 billion. The math is compelling.

The costs of delay and non-participation

The longer the delay, the greater the lost opportunities, warned Ramon Lopez, the head of the Department of Trade and Industry, already over a month ago. “Late joining, opt-out of RCEP sends wrong signal to investors.”

In other countries, foreign secretaries have fought for RCEP, due to its benefits to their people. In the Philippines, foreign secretary Teodoro Locsin has busy with boosting military activities with the US, Japan and Korea, promoting the US-AUKUS nuclear submarine deal and thus contributing to regional rearmament drives.

“The entry into force of RCEP for the Philippines,” said AmCham Philippines executive director Ebb Hinchliffe recently, “complements the country’s programs and policies for the resurgence of manufacturing sector, including incentives provided for by the CREATE (Corporate Recovery and Tax Incentives for Enterprises) Act.”

Like the CREATE incentives, the new Retail Trade Liberalization law is expected to make the country more attractive to American investors. “The Philippines cannot afford not to join RCEP as it will not be a good signal not only to foreign investors but even to ASEAN itself,” adds Hinchliffe.

And det, despite the repeated pleas by the Department of Trade and Industry (DTI) and other government agencies. Chambers of commerce and several think-tanks, the Senate went into recess last year without approving the ratification.

Agricultural groups lobby against the RCEP, including the Samahang Industriya ng Agrikultura (SINAG), which has urged the Senate to suspend the ratification of the RCEP. The argument is that the country needs to work on developing its agriculture before seeking trade and international market access.

Currently, agriculture represents about 10% of Philippine GDP; significantly less than industry (28%) and services (61%). However, agriculture continues to employ about 22% of the labor force in the Philippines. Moreover, agri-groups stress rightly the importance of the Philippine food security and sustainability.

Yet, missing the RCEP will cost the Philippines billions of dollars, which, along other missed opportunities, will further penalize the country’s budgetary capabilities. These constraints will handicap public resources to promote agriculture in the future.

Missed opportunities will translate to reduced job opportunities for agricultural labor in complementary and other industries, while delays and non-participation will further derail the efforts of rural migrants to find jobs in the cities.

The real target should be the agricultural subsidies and protectionism that prevail in the US and the EU. Fostered by international multilateral institutions, this status quo has turned many food exporting countries in the developing world into food importers – which makes no sense in the global economy.

Agricultural groups are worried about the future of the people they represent. In contrast, the priority list of Senate Minority and the like-minded reinforces a perception they are more concerned about the incumbent domestic monopolies.

The RCEP is expected to eliminate about 90% of the tariffs on imports between its signatories within 20 years of coming into force, and establish common rules for e-commerce, trade, and intellectual property. Such developments are vital to those who take seriously competition and innovation – not to those who take more seriously economic rents and corporate welfare.

The global pandemic has already cost the Philippine economy an estimated P4.3 trillion or $84 billion. The National Economic and Development Authority projects that long-term cost could prove 10 times higher. The pandemic scarring will be considerable. Worse, the balance sheets of Filipino households have deteriorated and many have depleted their savings, due to reduced incomes and lost jobs.

In such a landscape, the margin for unwarranted policy blunders is nil. The higher the growth rate, the faster the country can make up for lost ground. Unfortunately, that’s not the priority to those whose interest it is to delay Senate ratification.

The perception created is that the real goal is to preserve the Philippine way of life. Not the life of ordinary Filipinos; but the exorbitant benefits of domestic monopolies and the tiny economic elite that owns them.

This article was originally published in euroasiareview on 23 November 2021. It can be accessed here: https://www.eurasiareview.com/24012022-the-costly-rcep-ratification-debacle-of-the-philippine-senate-analysis/