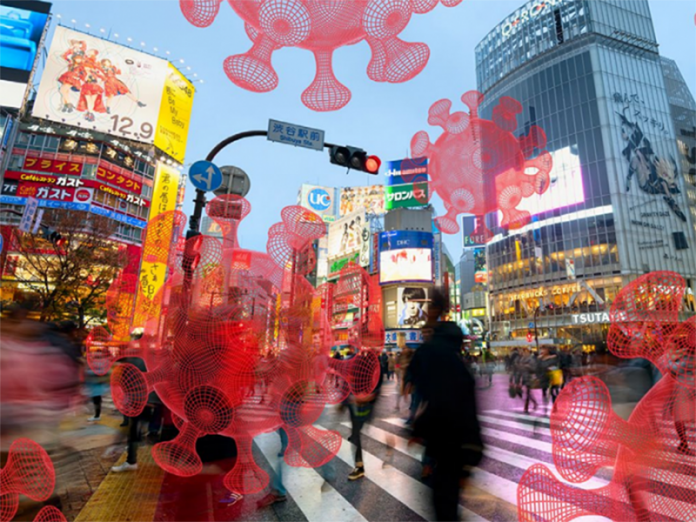 By Shojiro Nakamura and Hiroyuki Okabe

The entire world is on a steep learning curve regarding COVID-19 pandemic response and recovery planning. That’s why it is critical to identify and build on successes wherever they’re found. Any case – big or small – in which a country, a region, a health system, or another organization has demonstrated an innovative solution can offer transferrable lessons and inspiration for further innovation.

It is in that spirit that we focus on Japan. In its response to the pandemic, the country has squeezed maximum value out of long-established networks, raised awareness of the value of current best practices, and pushed to accelerate its plans for the future.  This three-pronged approach – bringing past, present, and future to bear – is not only working to contain this virus but also serving to bolster the country’s resilience in future crisis scenarios.

First, Japan’s public health centers have shown how valuable a mesh of established networks can be in focusing and sustaining a broadly coordinated response. Second,“smart city” concepts are demonstrating how companies can sustain productivity under extraordinary conditions – even as they revitalize financially troubled smaller cities and service-strapped rural areas.

Third, Japan’s commitment to developing “super cities” – even as the country battles the pandemic – highlights leaders’ understanding of value and potential of systems that are aligned at a foundational level. Such systems will facilitate communication, collaboration, and innovation that responds rapidly to people’s needs even in times of undue stress.

Japan’s small, locally focused public health centers predictably provide health care and wellness advice. But they also attend to a wider array of economic and personal needs. For example, they issue licenses for restaurants and bars and investigate cases of food poisoning. They also investigate potential cases of child abuse. They are central to the lives of those in the communities they serve, in several critical ways, and they have held that role for decades. As such, according to one public health researcher at the University of Tokyo, quoted in Fortune in June, a public health researcher at the University of Tokyo, “People trust the public health centers and will share any kind of information with them.”1

Since the dangers of this virus became apparent, these health centers, located across the nation, have been working in collaboration with the government and other entities to test people for COVID-19, and collect and analyze relevant data on confirmed cases. In particular, the Cluster Intervention Group, which operates under the Ministry of Health, Labor and Welfare, works with the health centers to analyze these data.

Through this collaborative effort at the local (health center) and national (Cluster Countermeasure Group) levels, the country has been able to map the spread of the disease from its earliest appearances there. Importantly, Japan was also able to convey this information, via national and local communication campaigns, and through word of mouth at the health centers, sending a clear and aligned message to people all over the country about what to do to limit COVID-19’s spread.

Interestingly, prior to the pandemic, these public health centers had been dealing with reduced funding; the fallout from their limited budgets, in part, can be seen in the outdated state of their supporting technologies.2 But their contribution to fighting COVID-19 has drawn attention to the urgent need to invest in digital technologies at these centers, to improve both their ability to serve their clients, and their readiness to collaborate with other agencies. Nonetheless, these centers have done much with little: In a recent report by The Economist Intelligence Unit, though Japan received a “fair” score overall for its response to COVID-19, it earned high marks for its health care system and relatively low number of deaths.3

This is box title
Idea to build on: Japan’s public health centers were already on the front lines of COVID-19 treatment. But any networked organizations – from fitness movements to educational institutions with connections through athletic programs – have the potential to mesh to compel best practice behaviors, or even share critical information (adhering to privacy regulations) in a time of crisis.

Last year, we published an article in The World Financial Review that highlighted Japan’s progress towards developing “smart cities” outside of the country’s biggest urban areas.4 The idea behind this movement is to revitalize Japan’s smaller, aging cities, by attracting and retaining younger workers. If younger people are willing to live and work in these less densely developed areas, blending with local aging populations, they will be a boon to the economies there. They will also remain, because a growing business environment will provide opportunities for career advancement, and a healthy work-life balance for those raising families.

During the pandemic, as more people and businesses have experienced telework, the attraction of such cities has become more apparent. People are intrigued by the opportunity of having a larger living (and potentially working) space while retaining easy access to offices as well as restaurants, cultural activities and other amenities. Such cities are also drawing increasing interest from companies that see them as opportunities to lower risk in any one area, while also providing employees with more lifestyle alternatives.

If younger people are willing to live and work in these less densely developed areas, blending with local aging populations, they will be a boon to the economies there.

Meanwhile, COVID-19 has heightened awareness of vulnerabilities inherent in a Tokyo-centric industry structure. Although, almost 40 percent of Japan’s population resides in the Tokyo metropolitan area, and most major businesses are headquartered there, the virus’s impact was felt immediately and widely. In fact, when COVID-19 cases peaked in Japan in April, most if not all of the country was shut down, even though the majority of cases were found in the Tokyo metropolitan area.

Aizu Wakamatsu City – located about 300km from Tokyo – is one example of a smart city.  This smaller, urban area, with about 120,000 residents, began launching initiatives in 2011 to support and promote digital industry. (Accenture has been working with the city and the University of Aizu since that time, first to develop a blueprint for digitally powered revitalization, and then develop the necessary platforms and services to turn concepts into reality.5) And today, 22 companies, including Accenture, SAP, and Coca Cola, NEC, Mitsubishi, Soft Bank, and Toshiba – have offices in the Smart City AiCT (a location that serves as a hub for showcasing and developing smart-city concepts).

This is box title
Idea to build on: “Smart city” concepts have the potential to help large companies balance risk and attract the younger workers needed to revitalize smaller cities and towns anywhere.

Recently, the Japanese government passed a “super city bill.” Essentially, this bill will allow several chosen local governments to be “regulatory sandboxes” in developing cities that provide and evolve a wide variety of connected, digitally driven services in direct response to the needs and desires of is residents. The ultimate goal of this initiative is “Society 5.0” – a national agenda – creating an environment where new technologies coalesce to achieve “both economic development and solutions to social problems in parallel.”6

Critically, in order to succeed, super cities will need aligned underlying technologies, most of which are currently in the proof-of-concept stage. Existing aligned platforms, however, have already shown how valuable such alignment can be, as they have facilitated collaboration in the fight against COVID-19. The benefits of “future city”-level alignment would be significantly greater; in such a scenario, for example, it would be easy to inventory and allocate critical resources (such as ventilators, or personal protective equipment) across cities and regions in real time, based on need. It would also be easier to innovate, assess, and replicate solutions.

This idea is akin to Accenture’s “Future Systems” concept, which applies to enterprise innovation: Since all companies are now tech companies, they must strive to build systems that are adaptable, boundaryless, and support humans, rather than the other way around, in order to achieve their full potential.7

This is box title
Idea to build on: It’s one thing to patch and expand legacy systems; such an approach may yield short-term, isolated gains, in cities and in companies. But there’s far greater potential in investing in alignment at the foundational level.

By noting these positive examples in Japan’s battle against COVID-19, along with the country’s plans for creating a better society through digital technology, we do not intend to minimize the country’s struggles. The pandemic has taken a severe toll in Japan, as it has in other places around the world. In fact, according to the Japan Times, a Bank of Japan survey in late June revealed the lowest levels of business confidence since the global financial crisis of 2008-2009.

Nonetheless, there is much to gain from building on the concepts and practices we’ve highlighted – to fight the still-evolving health crisis, and to prepare for resilient tomorrows.

China’s COVID vaccines are already being distributed. But how do they...

Running an international business? The advice you need to hear