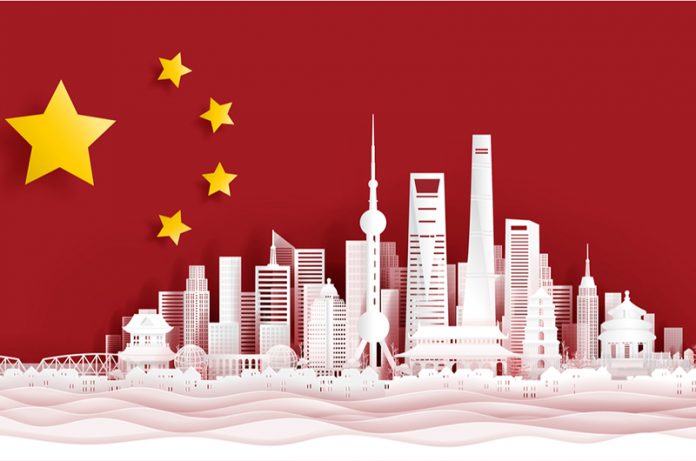 China, about a decade ago, has deliberately embarked on an Economy of Peace. A strategy that China pursues, unimpressed by constant aggressions from the west, which are mostly led by the United States. Is it perhaps this Chinese steadfast, non-aggressive way of constant forward-creation and embracing more and more allies on her way – that has made China such a success story? Overcoming violence by non-violence is engrained in 5000 years of Chinese history.

Despite relentlessly repeated assertions by the west, China’s objective is not to conquer the world or to “replace” the United States as the new empire. Quite to the contrary. The alliance China-Russia and the Shanghai Cooperation Organization (SCO) is seeking a multipolar world, with more justice for all – i. e. fairer trade in the sense of “win-win”, where all parties are benefitting equally. This is also a policy pursued by the recently signed Regional Comprehensive Economic Partnership, or RCEP, the 15-country trade agreement signed at the 37th ASEAN Summit – 11 November 2020, in Vietnam, as well as by President Xi’s Belt and Road Initiative (BRI), launched in 2013 by the President himself.

Many country leaders from Africa and the Global South in general express openly their contentment and satisfaction to have China as a partner and for dealing with China on the basis of equals.

China does not coerce cooperation – but offers peaceful cooperation. In 2014, Mr. Xi traveled to Germany to offer Madame Merkel for Germany to become – at that time – the western most link to the BRI, or the New Silk Road. This would have been an opening for all of Europe. However, Madame Merkel, having to follow Washington’s mandates – did not respond positively. President Jinping returned to Beijing, no hard feelings. And China continued her persistent course of connecting the countries of our Mother Earth with transport infrastructure, inter-country industrial ventures, education and research projects, as well as cultural exchanges to enrich the world – all the while respecting individual countries’ monetary and political sovereignty.

Many country leaders from Africa and the Global South in general express openly their contentment and satisfaction to have China as a partner and for dealing with China on the basis of equals. With the west, especially the US, there is bullying and coercion, unequal contracts, and often total disrespect for legally signed contracts.

Meanwhile, the west lives in a permanent state of hypocrisy. It bashes China – actually without any reason, other than that the dying Anglo-Saxon-American empire mandates it to its partners, especially the European NATO allies – under threats of sanctions. Unfortunately, spineless Europe mostly complies.

Yet, having outsourced – for economic and profit reasons – most production processes to reliable, efficient and cheaper-labor China, the west depends very much on China for its supply chains. The covid-crisis, first wave, has clearly shown how dependent the west is on goods produced in China from sophisticated electronic equipment to pharmaceuticals.

As an example: About 90% or more of antibiotics or ingredients for antibiotics are Made in China. Similar percentages apply to other vital western imports. – But China does not “punish” or sanction. China creates and moves forward offering her alliance to the rest of the world.

China has also developed a new digital international Renminbi (RMB) or Yuan that may soon be rolled out for use of monetary transactions – of all kinds, including transfers, trade and even as a reserve currency. The yuan is already an ever-stronger reserve currency. This trend will be further enhanced through the RCEP and BRI.

Of course, the US is afraid that their dollar-hegemony they have built up since WWII with Fiat money backed by nothing, may suffer as international trading currency which the Anglo-American banking cartel practically imposed on the world, will come to an end; and the US-dollar’s standing as a reserve currency may rapidly decline.

And yes, the yuan will gradually replace the US dollar as reserve currency – and this – because countries’ treasurers realize that the yuan is a stable, gold-backed currency, also supported by a solid economy – the only economy of any importance in the world that will grow in the covid-year 2020, by perhaps as much as 3.5%, while western economies will falter badly. Predictions are dire for the US and Europe, between 12% (EU predictions) and up to 30% / 35% (US FED prediction).

The US dollar and its dominion over the international transfer system through SWIFT – has been used massively for sanctioning non-compliant countries, including totally illegal confiscation of assets – even countries reserve assets – case in point is Venezuela.

Escaping this coercive dollar dominion is the dream of many countries. Therefore, trading, investing and dealing with the Chinese currency, will be a welcome opportunity for many sovereign nations.

China’s economic achievements and forward-looking perspectives may be summarized in two major events or global programs, the just signed free trade agreement with 14 countries – the 10 ASEAN countries, plus Japan, South Korea, Australia and New Zealand, altogether, including China 15 countries. The so-called Regional Comprehensive Economic Partnership, or RCEP, was in negotiations during eight years – and achieved to pull together a group of countries for free trade, of some 2.2 billion people, commanding about 30% of the world’s GDP. This is a never before reached agreement in size, value and tenor.

In addition to the largest such trade agreement in human history, it also links to the Belt and Road Initiative (BRI), or One Belt, One Road (OBOR), which in itself comprises already more than 130 countries and more than 30 international organizations. Also, China and Russia have a longstanding strategic partnership, containing bilateral agreements that too enter into this new trade fold – plus the countries of the Central Asia Economic Union (CAEU), consisting mostly of former Soviet Republics, are also integrated into this eastern trade block. 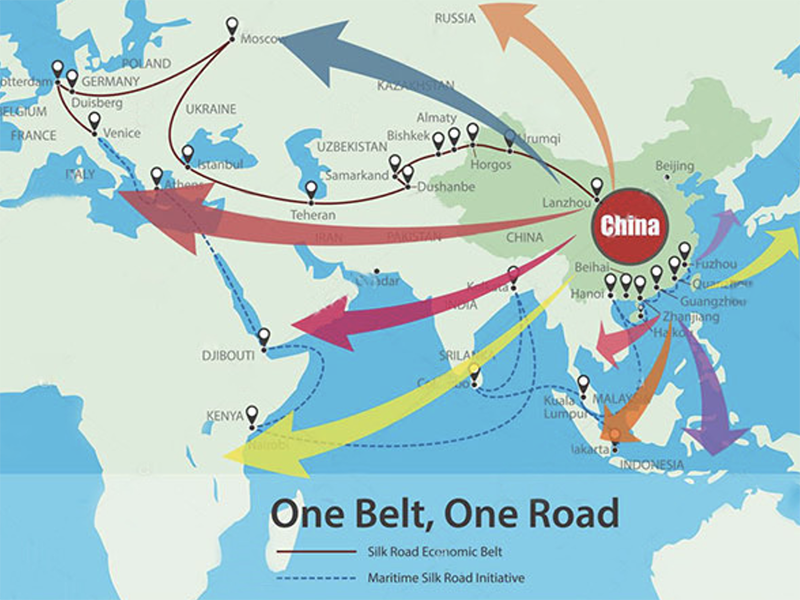 The myriad of agreements and sub-agreements between Asian-Pacific countries that will cooperate with RCEP, is bound together by the Shanghai Cooperation Organization (SCO), founded on 15 June 2001 in Shanghai as an intergovernmental organization, composed of China, Russia, Kazakhstan, Kyrgyzstan, Tajikistan, and Uzbekistan. The SCO is little known and little talked-about in the west.

The purpose of the SCO is to ensure security and maintain stability across the vast Eurasian region, join forces to counteract emerging challenges and threats, and enhance trade, as well as cultural and humanitarian cooperation.

Much of the funding for RCEP and BRI projects may come in the form of low-interest loans from China’s Asian Infrastructure and Investment Bank (AIIB) and other Chinese and participating countries’ national funding sources. In the hard times emerging from the covid crisis, many countries may need grant assistance to be able to recover as quickly as possible from their huge socioeconomic losses, created by the pandemic. In this sense, it is likely that the new Silk Road may support a special “Health Road” across the Asian Continent.

The RCEP may, as “byproduct”, integrate the huge Continent of Eurasia that spans all the way from western Europe to what is called Asia and covering the Middle East as well as North Africa, of some 55 million square kilometers (km2), and a population of about 5.4 billion people, close to 70% of the world population – See map (Wikipedia).

The crux of the RCEP agreement’s trade deals is that they will be carried out in local currencies and in yuan – no US-dollars. The RCEP is a massive instrument for dedollarizing, primarily the Asia-Pacific Region, and gradually the rest of the world.

Much of the BRI infrastructure investments, or New Silk Road, may be funded by other currencies than the US-dollar. China’s new digital Renminbi (RMB) or yuan may soon become legal tender for international payments and transfers, and will drastically reduce the use of the US-dollar.

The US-dollar is already in massive decline. When some 20-25 years ago about 90% of all worldwide held reserve-assets were denominated in US-dollars, this proportion has shrunk by today to below 60% – and keeps declining. The emerging international RMB / yuan, together with a RCEP- and BRI-strengthened Chinese economy, may further contribute to a dedollarization, as well as dehegemonization of the United States in the world. And as said before, the international digital RMB / yuan may progressively also be replacing the US-dollar, as well as euro reserves in countries’ coffers around the globe. The US-dollar may eventually return to be just a local US-currency, as it should be.

Under China’s philosophy, the unilateral world may transform into a multi-polar world. The RCEP and New Silk Road combination are rapidly pursuing this noble objective, a goal that will bring much more equilibrium into the world.

Maybe for a few years more to come, the west, led by the US – and always backed by the Pentagon and NATO, may not shy away from threatening countries participating in China’s projects, but to no avail. Under Tao philosophy, China will move forward with her partners, like steadily flowing water, constantly creating, avoiding obstacles, in pursuit of her honorable goal – a world in Peace with a bright common future.

Peter Koenig is a geopolitical analyst and a former Senior Economist at the World Bank and the World Health Organization (WHO), where he has worked for over 30 years on water and environment around the world. He lectures at universities in the US, Europe and South America. He writes regularly for online journals and is the author of Implosion – An Economic Thriller about War, Environmental Destruction and Corporate Greed; and  co-author of Cynthia McKinney’s book “When China Sneezes: From the Coronavirus Lockdown to the Global Politico-Economic Crisis” (Clarity Press – November 1, 2020)
Peter Koenig is a Research Associate of the Centre for Research on Globalization.