The White House’s effort to hammer the Trans-Pacific Partnership (TPP) agreement in Maui failed. As time is running out for President Obama’s legacy achievement, both Washington and Beijing are reassessing their options.

Last week, Pacific Rim officials met on the island of Maui, Hawaii, to conclude the Trans-Pacific Partnership (TPP) agreement. In addition to trade ministers from 12 countries, the meeting included 650 officials, lobby groups and other stakeholders.

But the talks failed.

Divisions Behind a “One-size-fits-all” Deal

According to Mexican Trade Minister Ildefonso Guajardo, the final deal was predicated on success in few but highly contested issues.

Domestically, the Obama administration is committed to quality but affordable healthcare. In the TPP sphere, it cooperates with the big pharma, even though the deal provisions threaten drug access and affordability. Washington and US drug makers insist on long 12-year monopoly periods, whereas Australia and other countries push for 5-year periods to avoid high costs. No deal was reached on exclusivity periods for next-generation drugs.

Washington and Tokyo clashed over the rules of origin for cars. Since value chains extend across multiple markets, US and Japan need a buy-in from Canada and Mexico, which play a central role in the US car industry, while Japanese carmakers source parts from non-TPP Thailand. Strict rules would disrupt these supply chains.

The trade ministers were also divided over farm exports, while US legislators warned against the exclusion of tobacco from rules allowing foreign companies to sue a host government. Despite support by US beverage companies and confectioners, Australia’s effort to export more sugar to America met with US cane growers’ vocal opposition, while Mexico was struggling to protect its preferential access to the US sugar market.

Interestingly, some of the most controversial aspects of the proposed TPP agreement – including negotiation secrecy, income equality, investor-state arbitration (ISDS) clauses, extension of US views on cyber security standards and “currency manipulation” – were barely mentioned amid the friction.

Indeed, the disagreements in Maui do not suggest traditional horse-trading that’s typical to all trade bargaining. Rather, the divisions reflect extensive disagreements not only between a dozen TPP countries, but within the US itself.

In the White House, the TPP agreement has been seen as a linchpin of the administration’s pivot to Asia, which seeks to embed the US more deeply in the world’s most dynamic region, while preventing a “regional vacuum” to be filled by the emerging China. The problem is that the first objective is undermined by the second.

Yet, it is impossible to achieve truly inclusive free trade in Asia Pacific as long as the region remains subject to divisive containment policies that rely on exclusive preferential trade.

Like the old European colonial powers, the US has a historical presence in the region. After de-colonization, Europe’s strategic interests have diminished in Asia Pacific, whereas America’s military interests persist and are about to be amplified as the Pentagon is shifting the bulk of its naval assets to the region by 2020, while increasing military exercises and ties in the region.

It is impossible to achieve truly inclusive free trade in Asia Pacific as long as the region remains subject to divisive containment policies that rely on exclusive preferential trade.

During the Obama era, the administration has also strengthened political and security alliances with Japan, South Korea, and the Philippines.

Indirectly, these strategic moves have led to the relaxation of the arms embargo on Vietnam, elevated attention to the South China Sea, expansion of counterterrorist cooperation with Indonesia and the upgrade of Malaysia’s human trafficking score before the Maui Summit. The same goes for Washington’s normalization of relations with Myanmar, a pivotal nation at the crossroads of South, East and Southeast Asia.

And yet, the region has experienced increasing assertiveness, more friction in the South China Sea, an increase in terrorist efforts, continued human trafficking, division and refugee flows in Myanmar – and overall destabilization.

Washington’s objectives share a common denominator to extend current alliance arrangements in the (non-China) East Asia to South and Southeast Asia. These efforts are not easily achievable, due to regional and national policies.

The Association of Southeast Asian Nations (ASEAN) seeks to hedge between declining US influence and rising Chinese participation. It does not favor the exclusive primacy of one or another large economy. The same goes for India.

Second, national policies work against containment policies. While South Korea supports the TPP, it has strong ties with China, an independent foreign policy and historical friction with Japan. In turn, Vietnam’s regional stance relies on US clout but is counterbalanced by desire to sustain expansive economic ties with Beijing.

The TPP also comes with some economic negatives. In advanced economies, critics argue that it represents the interests of major multinationals’ private interests, at the expense of consumer welfare. In emerging Asian economies, the TPP rules transfer wealth to US big pharma and Hollywood and are seen as “anti-development.”

Second, the TPP bloc is not inclusive. It excludes the three largest emerging economies of the 21st century: China (East Asia), India (South Asia) and Indonesia (Southeast Asia). That does not serve the future of the TPP, the region or the US.

Third, the TPP represents preferential rather than free trade and it is punitive to non-members. It may entrench protection in certain key areas, especially agriculture. And thanks to defensive geopolitical stances, current sheltered sectors – Japanese rice, US sugar – may prove even more resistant to change.

As the TPP imposes standards and rules that are inappropriate to the stage of development of emerging economies, it has potential to freeze rather than speed up their development. 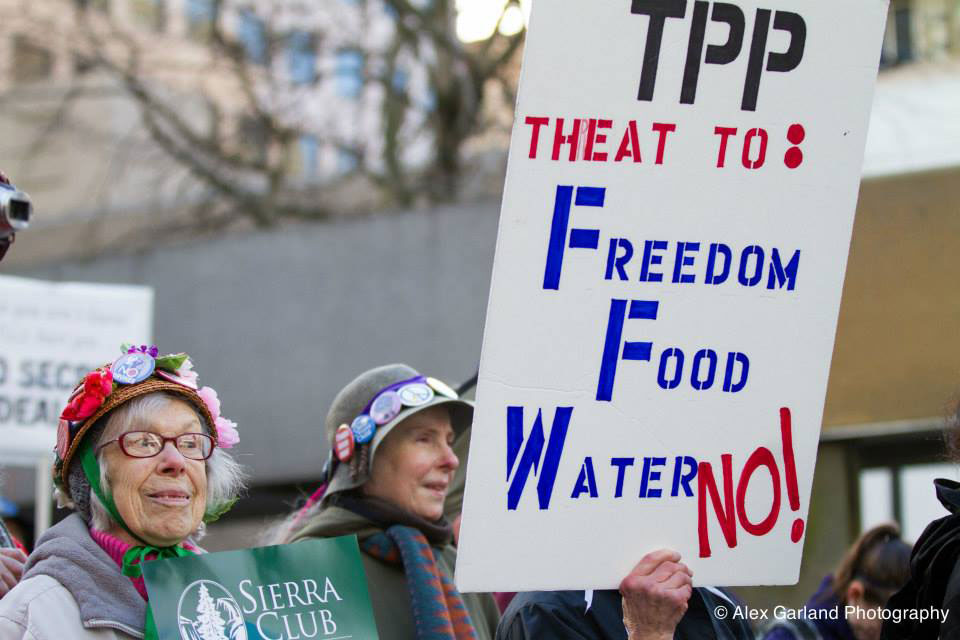 While a deal proved elusive in Maui, the talks will continue. What are China’s TPP options in the near future?

Beijing is internationalizing via huge regional initiatives (e.g., Asian Infrastructure Investment Bank, New Development Bank, the One Road One Belt initiatives) and via bilateral free trade agreements (FTAs), with TPP members Singapore, Chile, Peru, New Zealand and most recently with Australia. There are also overlaps between TPP and the Regional Comprehensive Economic Partnership (RCEP), which is led by China with half a dozen TPP members, including Japan.

China may join the TPP at a later point but only when it makes economic and strategic sense. As liberalization proceeds in its economy, Beijing may gain similar benefits through a free-trade area of the Asia Pacific, which would offer far more significant benefits than the initial TPP.

What about Washington’s TPP options? Before Maui, the Obama administration touted the meeting as a make-or-break moment because it is subject to the 60- and 90-day deadlines by US trade law and the recently-passed Trade Promotion Authority legislation, in which the White House relied on Republican support.

The TPP represents preferential rather than free trade and it is punitive to non-members. It may entrench protection in certain key areas, especially agriculture.

The Obama administration needed an agreement in Maui to notify Congress in early August of the president’s intention to sign the TPP and so that the agreement could be published by mid-September. Given these two timelines, the White House hoped to sign the agreement at the Asia-Pacific Economic Cooperation (APEC) meeting in Manila around mid-November, which would have been followed by congressional vote within 90 days – by February 2016.

The optimistic TPP scenario is now history. While the agreement may still materialize in some form, it is about to be trumped (all puns intended) by the US presidential politics; the Fed’s impending rate hike, which has potential to further divide US allies (especially emerging economies); and the expected rise of the Chinese renminbi to a major reserve currency, which heralds de-dollarization in the future.

When and if the TPP will be completed, economic gains will be moderate. However, a TPP without China would have substantial geopolitical implications.

Truly inclusive, free trade is a different story. But that’s not what the TPP is about.

The original version was published by China-US Focus on August 4, 2015