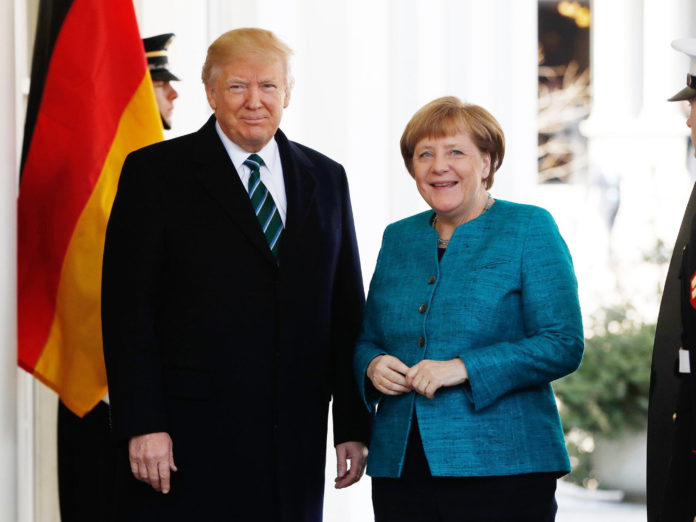 A day after the terror attacks of September 11, 2001, Le Monde declared that “we are all Americans”. But the honeymoon of shared suffering ended quickly when US military revenge raged across Afghanistan, Iraq, and elsewhere. Instead, a deep and broad transatlantic rift emerged, thanks to bitter disagreements about President Bush’s foreign policy revolution.

Today, many feel an odd sense of déjà vu.

A while ago, President Trump had barely left Europe to cope with the Russia debacle at home before German Chancellor Angela Merkel suggested that Trump’s America was no longer a reliably close ally. An outcry ensued, with analysts on both sides of the Atlantic warning about an epochal shift in relations. Afterwards, Chinese Premier Li Keqiang called for joint efforts to promote globalisation during his visit to Germany.

It was that consensus that led China and the European Union (EU) to begin to pave a way to save a global pact against climate change from which Trump said he will withdraw. In a statement, by European Council President Donald Tusk, European Commission President Jean-Claude Juncker and Premier Li, the EU and China pledged they would commit to full implementation of the Paris Climate Agreement.

Like the US, the EU does believe in the West’s unique values and interests. But unlike Washington, Brussels does not believe that Europe should serve as a “shining light” to the rest of the world.

Concurrently, Washington grew apprehensive. The sombre mood was reflected by the New York Times headline, “China Sees an Opening in Rift Between Trump and Germany”. As always, the shift was conceptualised as a reaction to a policy vacuum created by Trump. In reality, the ties between Brussels and Beijing have grown steadily since the 1990s, even when US-Chinese ties have fallen under pressures.

Like the US, the EU does believe in the West’s unique values and interests. But unlike Washington, Brussels does not believe that Europe should serve as a “shining light” to the rest of the world. Brussels does not share Washington’s strategic interest in global military superiority. Europe has occasionally supported America’s messianic regime changes, but usually with costly political aftermaths.

Just think of Tony Blair’s political collapse after the Iraq invasion; or French President Hollande’s drastic plunge in ratings after the French interventions in North Africa and the Middle East; or Prime Minister Matteo Renzi’s periodic military support for US “democracy promotion”. In the UK, the first paved way to David Cameron’s conservatives, whose continued reliance on US contributed to UK Brexit. In France, the second ensured Socialist fragmentation and Emmanuel Macron’s election triumph. And in Italy, the third opened the door to Beppe Grillo’s radical centre-to-left Five Star Movement and Matteo Salvini’s radical centre-to-right Northern League.

14 Benefits of Learning a New Language for Business