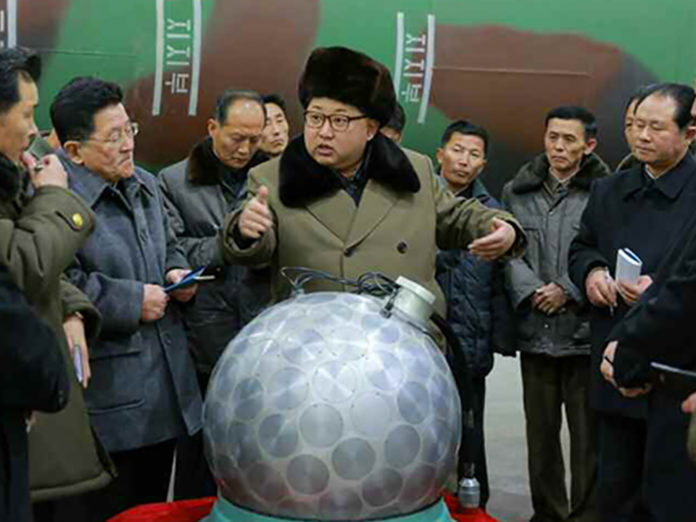 The ever-increasing tension between the United States and North Korea is a concern for the whole world. In this article, Walter Clemens elaborates on the past and hopefully future negotiations between the two nuclear-armed states.

Americans think they have done everything short of war to stop North Korea from becoming a nuclear weapons state. To be sure, Washington has encouraged the sporadic moves by Seoul and Pyongyang to cooperate and grope toward confederation. The US government has supported programmes to feed the hungry and treat the sick in North Korea. However Washington did nothing to help North Korean musicians to reciprocate the New York Philharmonic’s performance in Pyongyang in 2007. The US has supported radio broadcasts to show North Korea’s people the nature of their rulers – part of what one specialist calls “hack and frack”. The US Treasury and US diplomats at the United Nations have worked to tighten sanctions to choke Pyongyang’s weapons programmes and penalise its rulers for their abuse of human rights. Washington has importuned Beijing to rein in its rogue client, though to limited effect. The Clinton administration considered a surgical strike on North Korea’s nuclear facilities in 1994, but this option has become too dangerous to contemplate. As with the former Soviet Union, the United States has sought to contain a dangerous foe. Washington has maintained powerful forces in South Korea, Japan, and across the Pacific Ocean to reassure allies and deter North Korea aggression. None of this, however, has stopped the North from acquiring weapons of mass destruction.

Has the United States fully explored a negotiated settlement of its differences with the Democratic People’s Republic of Korea (DPRK)? The answer is both Yes and No. President George H. W. Bush gave an impetus to negotiation when he withdrew all nuclear weapons from South Korea in 1991. Within months, Seoul and Pyongyang agreed to denuclearise the peninsula. Soon, however, each side accused the other of violating parts of the accord. When signs mounted in 1994 that North Korea was building nuclear weapons, the Clinton administration mobilised to attack the North’s nuclear sites. Momentum toward war halted when former president Jimmy Carter flew to Pyongyang and drew up a plan with DPRK leader Kim Il Sung to freeze the North’s plutonium production in exchange for energy assistance and normalisation of DPRK ties with the United States. Their draft accord soon became an “Agreed Framework” signed by top US and DPRK diplomats in October 1994. Republicans in Congress, however, balked at paying for energy assistance to the North and US oil deliveries often arrived late. More troublesome, work on the two light water reactors promised to the North proceeded very slowly. Despite mutual suspicions, a top DPRK official came to the White House in 2000 and invited President Bill Clinton to Pyongyang. When Secretary of State Madeleine Albright went there in his stead, she reported that Kim Jong Il appeared ready to make a deal on missiles as well as nuclear weapons.

Succeeding Clinton as president in 2001, George W. Bush broke off these exchanges and, soon placed North Korea on an “axis of evil” along with Iraq and Iran. Soon, both Washington and Pyongyang denounced the Agreed Framework and the North resumed reprocessing plutonium. (Thanks to Pakistan, it could also enrich uranium, not specifically addressed in 1994). Despite all this, the Bush administration veered from its initial intransigence and promoted six-party talks with North Korea beginning in August 2003. These negotiations produced several joint statements that seemed to revive the 1994 principle of aid for arms control. Each accord withered, however, when buffeted by hard-liners in Washington and Pyongyang.

The six-party talks continued for three years even after Pyongyang exploded its first nuclear device in 2006. Censured by the UN Security Council for its nuclear and missile tests, however, North Korea declared in April 2009 that it would not continue the six-party negotiations. As of September 2016, the DPRK had conducted a total of six nuclear tests, one of which it claimed was thermonuclear.

Committed to negotiate with any adversary, Barack Obama’s administration focussed on Iran (which had never tested a nuclear weapon) but also explored a deal with North Korea. While Kim Jong Un was succeeding his father, Kim Jong Il, diplomats from North Korea and the US seemed to reach another agreed framework on February 29, 2012. The North pledged a halt to nuclear and long-range missile tests while the US committed to provide food aid. The deal fell apart in April when the North attempted to launch a satellite on a three-stage rocket. Washington did not buy Pyongyang’s argument that its “space” rocket was not a missile for military use.

Walter Clemens Jr. is Professor Emeritus of Political Science, Boston University, and an Associate of Harvard University’s Davis Center for Russian and Eurasian Studies. He has written many books including Can Russia Change? (Abingdon, Oxon: Routledge, 2011). His most recent book is North Korea and the World: Human Rights, Arms Control, and Strategies for Negotiation (University Press of Kentucky, 2016). He can be reached at [email protected]