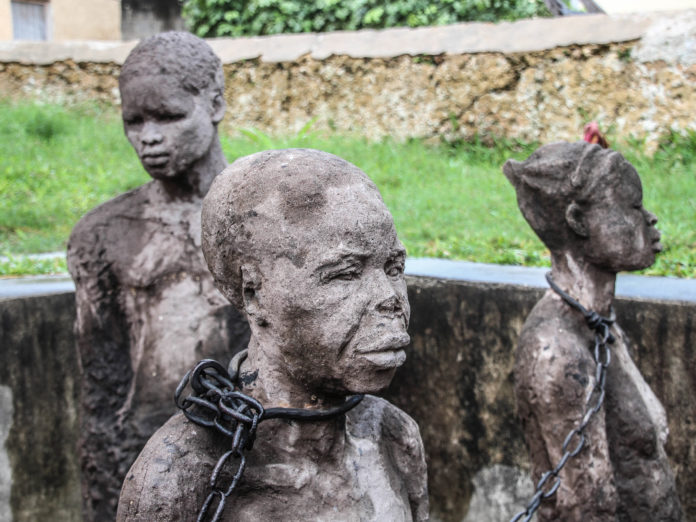 We thought slavehood has been abolished a long time ago. Peter Koenig begs to disagree as he describes how we live in an oppressive depressive western civilisation, which we still call “democracy”.

When in the 18th and 19th Century African slaves did not “behave”, they were cruelly beaten sometimes to death as a deterrent for others. They were deprived of food for their families. Their women were raped. They were traded to even harsher white masters. Their lives were worth only what their labour could produce. They were treated as subjects, devoid of human warmth.

Today we have become all slaves; slaves to the powers of mafia banksters of finance; slaves to the western lie-propaganda; to the lobbies and their giant all dominating corporations – to the war-industry, because we happily believe what we are told about ever-increasing terrorism that needs to be fought with eternal wars; slaves to the environment-destructive hydrocarbon industry; to the pharma-industry; to the Monsanto-ised agroindustry; to senseless consumerism – and foremost – and summing it all up: to greed, endless greed that drives endless growth, nurturing endless competition fomenting adversity, destroying solidarity, instead of amical cooperation for a harmonious human cohabitation.

As people of western nations, we are enslaved to an all-engulfing neoliberal fascism – to a predatory economy. Corporate lie propaganda drip-feds our brains. We haven’t even noticed it. We are enslaved to so-called “leaders”, put in office by obscure foreign masters of deceit – the ever-stronger corporate controlled propaganda machine – the six all controlling Zion-Anglo media, whom we believe whatever lie they vomit – because it is more comfortable to believe a lie than to confront the truth – that’s self-imposed slavehood.

That’s how far we have gone. Because we are clearly on an almost irreversible downward track – sliding and running towards our own demise – into darkness – the darkness of chaos and bloody wars, endless wars against self-invented terrorism; wars that keeps our western economy running – and our armchair politics alive. Wars that kill and slaughter millions and millions – but all in “far-away” lands. We are told we are protected. Our police and military watch over us. The new gods – money and military.

The Market lets us live and strive and eat and dream of more. It feeds our greed as if there was no end. Slavehood to Nirvana or Neverland.

To prevent this endless terror chaos happening in our western spheres, once “proudly” called Europe or United States of America, Canada, Australia, Japan – and whatever other country has surmised to the western slaughter machine – we call for police and military protection in our own lands, we give them power to enslave us further to the Dark State – those Zionist – Illuminati – Masonic – Satanic forces that slyly command a worldwide slave trade, called The Market – the all commandeering Market. We adore The Market. We want to be integrated into it. The Market lets us live and strive and eat and dream of more. It feeds our greed as if there was no end. Slavehood to Nirvana or Neverland.