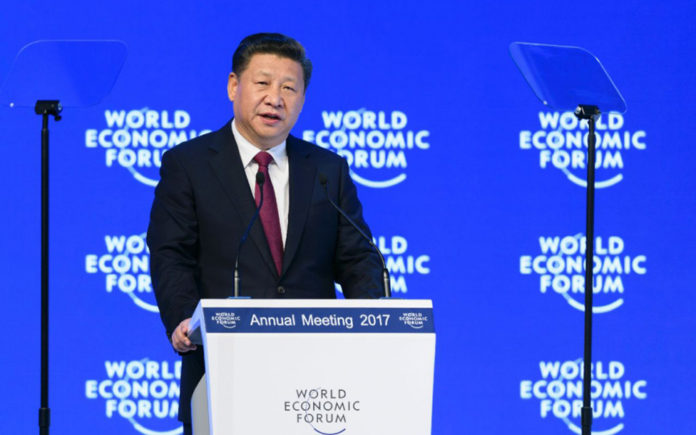 After 2008, world trade, investment and migration have come to a standstill. What the world requires is responsible leadership, which rests on inclusive globalisation.

During his first state visit to Switzerland and the World Economic Forum (WEF), President Xi Jinping hoped to inject a positive impetus for the recovery of the world economy.

The old path of globalisation led by advanced economies, which are now turning inward, no longer works – as evidenced by the dire state of current global economic integration.

From Slowdowns to Elevated Negative Risks

Globalisation can be measured by world trade, investment and migration. By the 1870s, capital and trade flows rapidly became substantial, driven by falling transport costs. However, this first wave of globalisation was reversed by the retreat of the US and Europe into nationalism and protectionism between 1914 and 1945.

After World War II, trade barriers came down, and transport costs continued to fall. As foreign direct investment (FDI) and international trade returned to the pre-1914 levels, globalisation was fuelled by Western Europe followed by the rise of Japan. This second wave of globalisation benefited mainly the advanced economies.

With the incoming Trump administration in the US, the downside risks have grown elevated, as even the International Monetary Fund (IMF) has recently warned.

After 1980 many developing countries broke into world markets for manufactured goods and services, while they were also able to attract foreign capital. This era of globalisation peaked around China’s membership in the World Trade Organization (WTO) in 2001 and the global recession in 2008. During the global financial crisis, China and large emerging economies fuelled the international economy, which was thus spared from a global depression.

But as the G20 cooperation has dimmed, so have global growth prospects, too. With the incoming Trump administration in the US, the downside risks have grown elevated, as even the International Monetary Fund (IMF) has recently warned.

Dr Dan Steinbock is the founder of Difference Group and has served as research director at the India, China and America Institute (USA) and visiting fellow at the Shanghai Institutes for International Studies (China) and the EU Center (Singapore). For more, see http://www.differencegroup.net/