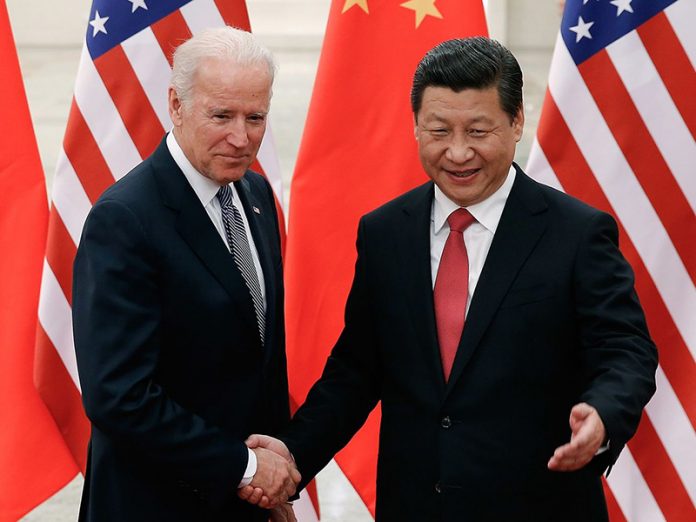 The U.S. presidential election which will be held on November 3 is drawing ever closer. As the Trump administration performs poorly in response to the COVID-19 pandemic, where the death toll in the U.S. exceeded 210,000, the election trend appears to be very unfavorable for Donald Trump.

According to a recent poll conducted by NBC News and the Wall Street Journal, Joe Biden led Trump by 14 percentage points in the national elections. It is worth noting that retired American generals, who have traditionally been extremely low-key in politics, publicly supported Biden this year, something that is quite rare. On September 24, 489 retired generals and admirals, former national security officials and diplomats signed a joint letter in support of Biden. Among them are Republicans, Democrats, and non-partisans, showing that they have crossed the affiliation, and jointly support Biden to replace Trump. Although the opinion polls do not represent the final election, with the election only being one month away, the widening of the opinion gap is enough to predict the direction of the election.

For the whole world, especially for China, it is necessary to prepare for the advent of the Biden era of the United States. During Trump’s tenure, U.S.-China relations have taken a turn for the worse, and China has been listed as the foremost “long-term strategic competitor” of the United States. This has caused China to have fallen into a difficult situation in the game of geopolitics and geoeconomics and forcing it to readjust its development strategy of opening-up, with China now relies on the “dual-circulation” economy. Therefore, China in particular needs to conduct forward-looking research on the possible Biden era, predict the future direction and development possibilities of U.S.-China relations, and make policy responses in advance.

During Trump’s tenure, U.S.-China relations have taken a turn for the worse, and China has been listed as the foremost “long-term strategic competitor” of the United States.

How will U.S.-China relations develop in the Biden era? To form a more accurate judgment on this question, we must first answer the relevant key question: Will Biden be the same as Trump? What is the difference if there is any?

There is a general view in China that after the Democratic Party comes to power, U.S.-China relations may worsen. The reason is that the Democratic Party places more emphasis on values such as human rights and ideology and is accustomed to using values such as human rights, democracy, and freedom in foreign policies against China. However, as far as U.S.-China relations are concerned, it is too vague to use the simple dichotomic “good” or “bad” to summarize the relationship of the two countries. The relations between these two countries should not be seen from a static perspective as in layman’s view of geopolitics.

ANBOUND’s chief researcher Chan Kung has previously pointed out that what happens today in U.S.-China relations would not be the same as tomorrow. Looking at the election in the United States from this perspective, it is certain that after Biden takes office, his policies will be different from Trump’s. Chan further pointed out that in addition to the traditional political differences between the two parties, an important difference between Biden and Trump is that Biden will follow a certain order and geopolitical discipline to implement his own policies, and he will also seek cooperation with China in certain bottom-line principled arrangements. It should be stressed that it is crucial for China and the United States to reach some principled arrangements in their relations. The so-called principled arrangements are some of the bottom-line principles during the Cold War. If the bottom line is not set, things could very well get out of hand, and the relationship between the two countries might spiral out of control. Chan emphasized that if the United States insists on treating China as an enemy, it is not much of a problem. However, even as an adversary, there are rules, regulations and orders to follow. Judging from the history of the Cold War, there are also communication and channel issues between adversaries, hence it is not something that should be done arbitrarily.

We have noticed that Henry Kissinger, the former U.S. Secretary of State, has also talked about the issue of establishing rules between China and the United States recently. Kissinger, now aged 97, said in a video seminar hosted by the Economic Club of New York a few days ago that China and the United States must establish rules of engagement for the increasingly tense competition between the two countries, otherwise the uncertainty of the global political situation before World War I may repeat itself. He believes that “Our (i.e. U.S.) leaders and their (i.e. Chinese) leaders have to discuss the limits beyond which they will not push threats”. He further stressed that, “they have to find a way of conducting such a policy over an extended period of time.” “the leaders of the two countries must explore beyond which limit they will not further threaten each other, and then they must find a way to implement this policy in a longer period of time.” From the discussion of the ANBOUND to the Kissinger’s concerns, the establishment of bottom-line rules between the United States and China is extremely important, and this is also a major difference between Biden and Trump.

ANBOUND’s chief researcher Chan Kung has previously pointed out that what happens today in U.S.-China relations would not be the same as tomorrow.

From an economic point of view, we judge that the United States will likely ease its trade policy, which will objectively alleviate China’s trade pressure. Biden has criticized Trump’s trade policies, that Trump identifies products imported from Canada and the European Union as a national security threat, thereby imposing arbitrary and extremely destructive tariffs on them. Biden believes that cutting off the economic impacts between the United States and its partners has weakened the ability of the United States to respond to actual economic threats. It can be expected that the Biden administration may quell the U.S.-China tariff war and adjust punitive tariff policies that lead to “lose-lose” policies. In our opinion, if Biden takes office, he might be more concerned about politics and U.S.-China balance. In terms of trade, although he would continue to stick to the general direction of the past, this would not be the main direction of his governance. Therefore, the U.S.-China trade war could see certain respite and may even stop. In that scenario, China as the largest trading partner of the United States, could hope for the pressures in the trade with the U.S. being reduced.

China must also realize that even if Biden takes power, some key areas of U.S.-China relations will not change, such as the strategic positioning of China as the “long-term strategic competitor” of the United States. This is not something that is decided by the POTUS, but by the national will of the United States, from the strategic judgment of the U.S. decision-making class on the direction of its relations with China. In the current American society, hostility to China has become a social “consensus.” This strategic positioning destined that the future U.S.-China relations will be based on the pattern dominated by geopolitical confrontation. Biden sees that by expanding global influence, promoting its political model, and investing in future technologies, China is engaging a long-term competition with the U.S, and that is the challenge that the United States faces.

Looking back at Trump’s four years in office, it is clear that Trump is basically a person who must have the final say. He does not have a holistic strategic framework, nor a systematic policy system. He basically depends on his individual, personal feeling and the instinct as a businessman to make his decisions and do what he thinks is appropriate. This practice is destructive and does not follow common sense, therefore it cannot be tolerated by the establishment within the U.S. government. Biden has repeatedly stated that he wants to change this position. In fact, he wants to restore the establishment model, not to change the overall direction and trend. Yet, Biden is powerless to do this. For Biden, who turns 77 this year, there is still a lot of uncertainty whether he has time to complete all these within four years. This signifies that we should not be completely pessimistic about the U.S.-China relations, nor should we be overly optimistic about it.

On the whole, if and when Biden takes office, the U.S. government’s domestic and diplomatic practices will be different from those of the Trump administration, although the strategic positioning of China will not change, and neither will it change the U.S.’ general direction of long-term suppression of China’s rise. However, in terms of specific practices, the Biden administration will have its own approaches, and will seek a certain order and geopolitical discipline to implement its policies. He may also seek to reach some bottom-line principled arrangements with China. Under the basic framework, the future U.S.-China relations will undergo changes in many aspects. Instead of the crude “an eye for an eye” rivalry, we will see the return to the traditional systemic competition based on values, alliance interests, and rules. Facing the inevitable changes in U.S.-China relations, China needs to adapt to the new situation, do its due research and make plans early.

China must prepare for the upcoming Biden era. The Biden administration’s practices in various areas of internal affairs and diplomacy will be different from those of the Trump administration. Although the confrontation and “hostility” between the United States and China are difficult to change, it is possible to reach a consensus on the rules and bottom lines for the two countries. For the changes that the United States may usher in, China needs to get ready for that as soon as possible.