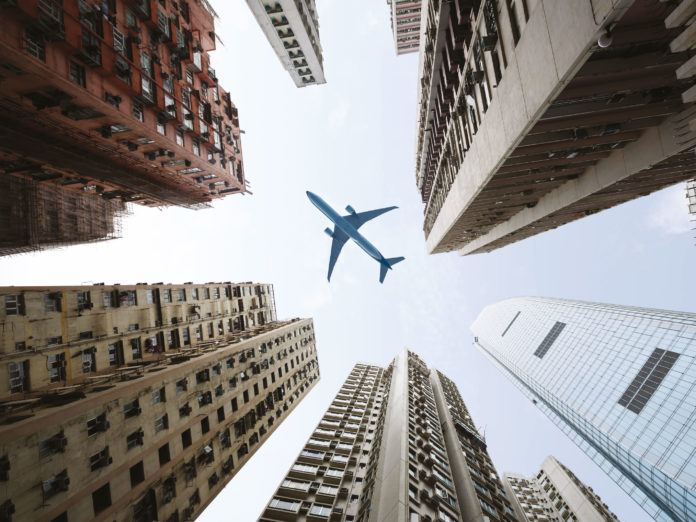 Rapid expansion in the Chinese airline industry has not only intensified the demand for flight attendants, but also led to a significant intensification of workloads. In this article, Xiaoni Ren discusses how Chinese airlines have adopted some of the most retrograde and sexist employment practices as an effort to gain competitive advantage.

Amid fears of an economic slowdown in China, there is one sector that is not feeling the pinch. The Chinese aviation industry has continued to grow at a robust rate following the global financial crisis of 2008 and the first quarter of 2015 saw traffic from China’s airlines surpassing 100m passengers for the first time. But success has come at a high cost for the women that fuel this industry.

In their effort to gain competitive advantage over one another and internationally, Chinese airlines have adopted some of the most retrograde and sexist employment practices, which many of their Western counterparts have been associated with historically. Interviews I’ve conducted with women in the industry show how female employees are treated like commodities and exploited. And much of this seems to be based on the underlying assumption that affluent consumers in China’s new market economy are mostly male.

China’s aviation industry operates within the fastest growing aviation and passenger transportation market in the world. Late leader Deng Xiaoping initiated this growth alongside the momentous wider economic reforms of the 1980s. Airlines were made independent of military control and commercialised, transforming state-owned airlines into profit-driven businesses. By 2002 they had been consolidated into three big airline groups in an industry increasingly characterised by market deregulation, passenger growth and prosperity. There are now 40 airlines in China.

In the aftermath of the global financial crisis of 2008, the Chinese airline industry rebounded with strong growth in passenger volume. Between 2009 and 2014, revenue was growing at an annual rate of 14.1% to a total of US$106.7 billion.

In the aftermath of the global financial crisis of 2008, the Chinese airline industry rebounded with strong growth in passenger volume. Between 2009 and 2014, revenue was growing at an annual rate of 14.1% to a total of US$106.7 billion. As well as domestic traffic growing by 11% in the first quarter of 2015, the growth in international travel is picking up steam, increasing by 57% in Q1 2015.

In response to this rapidly growing demand, the industry has had a pressing need to purchase more aircrafts and recruit more staff. The latest figures show that the industry has more than 400,000 employees. It is a major employer of women who, for example, at the end of 2013 made up 41% of national flag carrier Air China’s 63,241 employees.

Embracing commercialisation and internationalisation, the Chinese airline industry is subject to fierce competition. An unstable global economy, high fuel prices and established global competitors means that making a profit is highly challenging. An important way that the airlines have sought to differentiate themselves – and increase profit margins – is through their cabin crews.

Compared with operators in the West, Chinese airlines appear to be more dependent upon young and attractive female cabin staff to deliver their version of “quality” to customers. This deployment of employees’ physical characteristics occurs through corporate control of the selection and training processes.

A startling illustration of this has been the hosting of nationwide pageant-type fairs to select flight attendants. I’ve seen newspaper advertisements requiring applicants to be aged between 18 and 25, slim, attractive, have good skin, a height between 1.65m and 1.75m, a pleasant personality and a good smile.

Although men were not excluded from applying, they did not appear in the televised selection process. The physical appearance of cabin crew have been mobilised to strengthen the appeal of airline brands across the industry.

Rapid expansion in the Chinese airline industry has not only intensified the demand for flight attendants, but also led to a significant intensification of workloads. This has created a highly pressurised work environment where women find few, or no, opportunities to take contractual leave or pursue career development. Women are dominant in the low-skilled service roles. Not only do men dominate the higher status and higher paid jobs (from pilots to executives), they also have the more senior positions as stewards.

In 2013 female members accounted for only 13.4% of the total number of senior executives in Air China. The industry’s high status and high-skilled jobs are male dominated; female pilots account for just 1.1% of the total in China.

Women therefore experience significant job insecurity. They are subject to temporary, short-term and agency contracts, which are becoming increasingly common in the industry’s competitive environment. Plus, the aesthetic and emotional requirements of their job roles – including age and appearance – makes them all the more insecure.

And the stress of this work environment is leading to burn-out and a huge amount of work-family conflict. While in the West, it is common for working women to find managing family life a source of stress, in China, women report finding their families very supportive and their workplace incredibly taxing.

The inflexibility of how they are managed, shift work, lack of leaves and sexist organisational culture means many women are unhappy in their roles and do not last long in their roles. And, despite witnessing the work-family conflicts that their female employees experience, airline managers tend to neither appreciate its impact nor recognise their organisation’s responsibility for addressing it.

Female frontline employees generally have a precarious occupational status in the Chinese airline industry and there is an excess of labour available to replace them. But because of their perceived glamour and relatively favourable salaries, jobs in the industry continue to have wide appeal. Supply outstrips demand and so the women are relatively disposable. Their power to change the industry from within, therefore, appears to be limited.

This might as well lead to short-term competitive advantage being yielded to the cost of organisational performance in the longer term. A revolution in workplace attitude needs to take place for China’s aviation industry to go from strength to strength.

This article was first published in The Conversation http://theconversation.com/the-sexist-truth-about-chinasbooming-aviation-industry-48843

Dr. Xiaoni Ren is a senior lecturer of Human Resource Management (HRM) at Cardiff Metropolitan University. She has over 10 years experience of lecturing on the subject of HRM and international business-related subjects in both China and the UK. Dr. Ren’s research focuses on work-family conflict/work-life balance, gender studies, emotional and aesthetic labour, and Chinese/international HRM in the context of the airline industry, and more recently in higher education sectors.