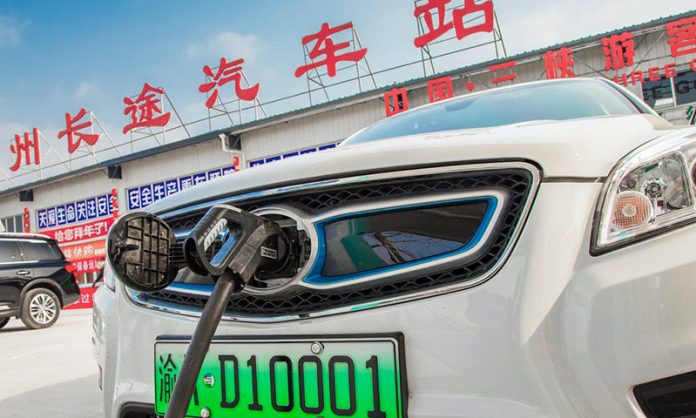 Tesla is about to make Elon Musk the third richest man in the world, after it was added to the S&P 500 index, causing shares in the company to rise by 13%. But Tesla isn’t the only electric car company seeing its stocks surge dramatically this year.

Chinese startup car manufacturer NIO is a relatively young electric vehicle (EV) company from Shanghai. Founded in 2014 by serial entrepreneur William Li, it is one of a number of Chinese companies racing to become a leader in the design and manufacture of EVs. NIO’s cars are, for the most part, well made and large battery-powered SUVs – exactly the kind of vehicle that Chinese buyers love.

But NIO’s cars aren’t what’s making headlines. Over the course of 2020, its stock price has increased 1000% to US$50 (£38) a share thanks to a US$1 billion injection from the Chinese government, part of its bid to become a global green superpower. China has pledged that 25% of car sales by 2025 must be new energy vehicles (not fuelled purely by petrol or diesel), creating a huge potential market for NIO.

With this rise in share price value, NIO could be seen as making steps in the direction of Tesla. Sudden and extreme shifts in stock prices come with the territory of new technology firms. But the company has two key differences from its competitors that it hopes will set it apart. It also has challenges to overcome. And in both cases, it can learn from Tesla.

The first innovation is NIO’s subscription purchasing model that aims to simplify ownership by taking away the risks of owning the battery part of the vehicle. Instead, you lease it, and if improved batteries are released, you can have them fitted in your car. The second difference is NIO’s three-minute battery swap-out service, which it calls BaaS, or Battery as a Service.

Concern about running out of battery on a journey (known as “range anxiety”) and the time it takes to charge the batteries are key worries for people nervous about buying electric vehicles. The time it takes to charge a battery varies widely but it is longer than filling up with petrol. Tesla recommends charging overnight at home for a full charge.

However, instead of having to wait for their vehicles to charge, NIO’s BaaS customers will be able swap their empty batteries for fully charged ones within three minutes at one of the company’s battery swap stations, of which 143 have been built so far. The idea sounds ambitious, but NIO have already completed over 800,000 swaps for Chinese customers.

The cars can also be charged using regular charging stations too, but there’s a reason some people are keen on battery swapping instead. For those drivers in places like Shanghai where many park on the streets, they do not have a private parking space with a charger. Additionally, those who want to take long distance trips in the shortest possible time will find a three minute swap instead of an hour or more charging time appealing. 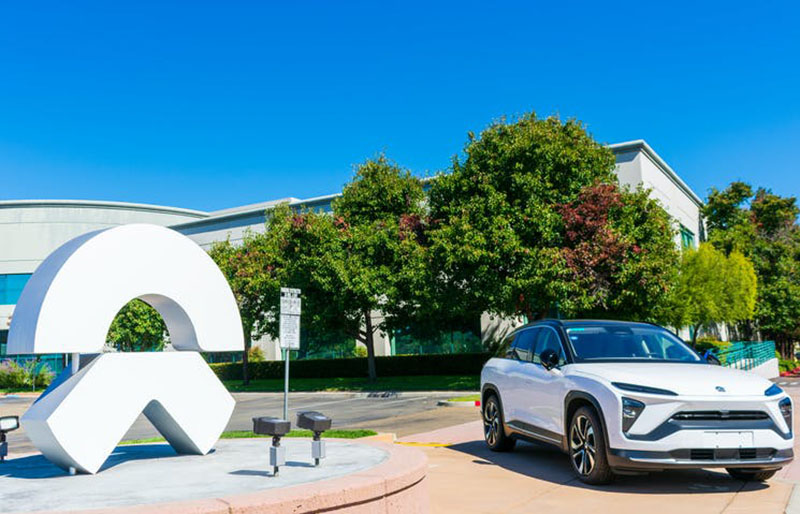 Despite these innovations, investors still have reason to be cautious about investing in any electric vehicle company. The automotive industry is transforming itself into something more akin to the tech sector, driven by the move to autonomous cars and battery power. This includes introducing subscription services and ongoing revenue streams instead of just one-off purchases.

But the sector is also becoming subject to other trappings of tech, including rapid but rocky growth. Earlier this year, EV firm Nikola Corporation managed to increase its share price sixfold thanks to investment from General Motors, but then saw its stock plunge again.

Another issue is that EV manufacturers’ initial growth eventually comes up against the automotive industry’s key barrier to long-term expansion: mass manufacturing. Unlike tech firms that can reach billions of customers through the internet, large carmakers need to manufacture products at enormous scale and rely on huge supply chains.

This is what makes the success of Tesla even more improbable. Despite hiccups along the way, the company has not only watched its stock continue to rise but is also effectively becoming a tech giant, buying up firms in order to feed its growth.

With this in mind, there are clear lessons that NIO can learn from Tesla. There is of course, battery swapping. When Tesla launched its second car, the Model S sedan, it knew that customers worried about range anxiety. So it offered them an exclusive “supercharger” network, now with over 20,000 charging stations worldwide. And it offered battery swapping, just like NIO. But the Tesla battery swap programme was ended in 2015, just three years after starting, due to a lack of interest from customers. So NIO’s model may not work out exactly the way it is hoping.

And then there are the share prices. Tesla shares were known at one stage as “toxic stock” because they were seen as risky and volatile. But investors who rode out the rocky patches can now enjoy shares that have grown to thousands of times their original worth. The company has made profit for five successive quarters in a row.

This shows sustainable growth is possible for an electric vehicle firm. NIO has the backing of the second biggest economy in the world with enough potential customers in China to never need to expand anywhere else. So if the company can make its business model work and overcome the manufacturing challenge, then it could show its recent share surge is more than just volatile hype for a shiny new tech firm.

Tom Stacey is the Senior Lecturer in Supply Chain and Project Management, and module lead for Sustainable Transportation and Environmental Practice at the faculty of Business and Law at Anglia Ruskin University. Having worked in the Automotive and IT industries to deliver multiple projects, Tom now lectures to students in Cambridge and Chelmsford.

His research looks mainly at how the green revolution is affecting technology companies and the automotive industry. He has driven electric vehicles since 2012, regularly appearing on TV and Radio to comment on developments in green vehicles and cars generally.

Why China Has the Right to ‘Build Sovereignty’ in the South...

The Chinese Digital Consumer in a Multichannel World

The China Model: a Civilizational-State Perspective

The Impact of China’s Growing Influence in Africa