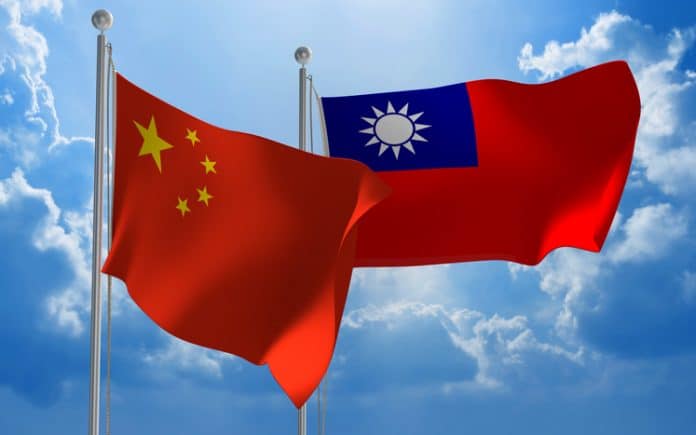 The tense triangular relationship between the US, China and Taiwan has emerged once again amid escalating military tensions across the Taiwan Strait. The status of the small, densely populated island off the southeast coast of the Chinese mainland is hotly contested and there are almost daily news reports predicting that a newly assertive China may soon take action – military or otherwise – to forcibly reincorporate Taiwan. We have been here before, though, and to see such action as inevitable would be misguided.

It’s a complex situation that has its roots in the chaos that followed the end of the second world war in Asia and the civil war in China which ended with Mao Zedong’s Communist Party founding the People’s Republic on October 1 1949.

The island, formerly known as Formosa, had been a Japanese colony between 1895-1945 but was placed under the control of Nationalist leader Chiang Kai-shek’s Republic of China (ROC) following Japan’s defeat.

In 1949, Chiang retreated to Taiwan with around 2 million soldiers, affiliates and civilian refugees, planning to retake the mainland and overthrow the communists. Obviously, this never happened and there has since followed a global competition between two competing conceptualisations of China.

During the cold war, this was often propagated by the ROC and by western sources as “Red China” versus “Free China”. But both spent much of the conflict as brutal and tyrannical dictatorships that encouraged cults of personality around their figurehead leaders – so the notion of the people of Taiwan as being free was debatable, to say the least.

Neither the PRC nor the ROC acknowledge the other’s claim. Formal contact is limited and negotiations are usually done through proxies to ensure the upkeep of the pretence of the other’s lack of legal existence.

The one China principle emerged soon after the ROC’s retreat to Taiwan. Neither side could be seen to even accept the contestability of their claim to all China in case it damaged domestic and international prestige. The phrase “one China” was then popularised following its use in the 1972 Shanghai Communique between PRC and US representatives and gained further notoriety following the 1992 Consensus when unofficial representatives from Beijing and Taipei met in British Hong Kong and proclaimed their agreement that there was “one China” – although interpretations over who ought to govern this realm clearly differed.

The one China principle is one of the oddities of modern diplomacy: it essentially requests that governments and major international organisations acknowledge that either the PRC or the ROC is the rightful sole government of all of China – including Taiwan and its outlying islands.

There are three international arenas where one China is most apparent today. One, and perhaps most visible, is in international sporting contests where Taiwan usually competes as “Chinese Taipei”. Taiwan is not permitted to use the ROC flag and its national anthem is not played.

Another is membership of international organisations including the United Nations (UN) and its affiliates such as the World Health Organization (WHO), where China vetoes Taiwan’s membership. The ROC was one of the founders of the UN in 1945 but resigned its seat in 1971 in protest at UN moves to integrate the PRC. The ROC was subsequently replaced by the PRC in its capacity as a permanent member of the Security Council.

The third arena is diplomatic recognition. Since 1949, there has been a general decline in the number of states around the world that formally recognise the ROC as this would prevent a formal relationship with the much larger PRC. This limits the formal contact most countries have with Taipei, although informal trade and cultural relations remain.

The UK government recognised the PRC almost immediately after its declaration of statehood in 1949 – mainly out of concerns over the status of Hong Kong. The US government, meanwhile, did not formally recognise the PRC until New Year 1978-79 – the culmination of a process that began under then US president, Richard Nixon, in 1969 and concluded under Jimmy Carter almost a decade later.

Since President Tsai Ing-wen came to power in 2016, Taiwan has been experiencing its fifth wave of diplomatic de-recognition, losing various allies including Burkina Faso in Africa and Panama and El Salvador in Central America. This is because Tsai’s Democratic Progressive Party (DPP) favours greater independence for Taiwan from China, perceived as a hostile act by Beijing. Hence the threatening behaviour that has been apparent in different forms over the previous five years and which seems to be ramping up in recent weeks.

One should not consider the situation as simply doom and gloom for Taiwan, though. Taiwan has been here before and political commentators have feared for the ROC’s future on many occasions – and yet it continues to be a vibrant part of the social, economic and political landscape of the Asia-Pacific region. Key to the ROC’s durability have been the reforms it undertook during the 1980s and 1990s that moved it from dictatorship to multiparty democracy with respect for human rights at the centre of its political outlook.

This sits in stark contrast to the authoritarian entrenchment and ongoing questions over human-rights abuses by the PRC on the mainland and in Hong Kong.

The mounting tensions put the US in a difficult position though. The Taiwan Relations Act, signed by US Congress in spring 1979 in response to the Carter administration’s recognition of the PRC pledges to defend Taiwan should Chinese aggression be forthcoming. How far the US would go remains to be seen – but armed conflict between the two superpowers still remains unlikely.

This article was first published in The Conversation on December 3, 2021. it can be accessed here: https://theconversation.com/one-china-principle-what-this-interesting-aspect-of-diplomacy-means-for-china-and-taiwan-173008

Dr. Colin Alexander is currently Senior Lecturer in Political Communications within the Communication and Society subject team at the School of Arts and Humanities.