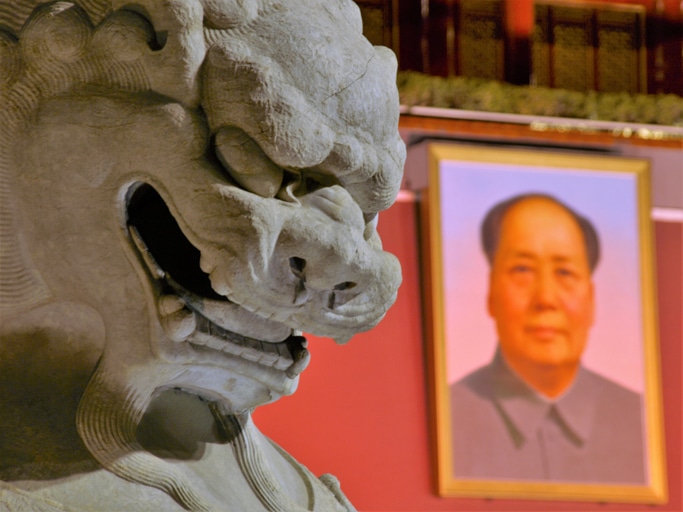 Mao Zedong, when he was close to death in the mid-1970s, told those around him that he regarded his two greatest achievements as establishing a unified country in 1949, and launching the Cultural Revolution in 1966. This huge movement continued till Mao’s death in 1976. His desire, he said, was that every few years it would recur.

Others did not share his positive assessment of this event. Over the past four decades, the Cultural Revolution has figured like a nightmarish bogeyman, lurking in the collective Chinese unconsciousness. In the era of Jiang Zemin in the late 1990s, people worried in China about what they saw as increasing signs of egotism and personality cult and the instability this might lead to.

And, when the 50th anniversary of the formal launch of the Cultural Revolution happened in May 2016, the official newspaper, the People’s Daily, issued curt editorials condemning the period as one of chaos and extremism.

The Chinese president, Xi Jinping, has seldom referred publicly to the era – and never positively. This is not surprising. He was caught up in the political turmoil of the time, being classified as being part of a “bad class”, one of the loathed urban elite who needed to be sent to the countryside from 1969 to give him real revolutionary experience.

This is reinforced by the very dim views of the Cultural Revolution expressed in the most recent official articulation, the Brief History of the Party, which came out with Xi’s approval early in 2021 just before the Chinese Communist Party celebrated its 100th anniversary. In it, the period was recognised as one where the country experienced its worst challenges and the party entered a period of division and crisis.

This does not stray far from the earliest condemnations issued in 1981 by the authorities, which curtly dismissed the period as one where huge mistakes were made, but said little beyond that.

Yet today, Xi’s ever more expansive and ambitious ruling style – as well as creeping policies inserting “Xi Jinping Thought” into education and guarding against the perceived corruption of “celebrity culture” – has led to new comparisons with the Cultural Revolution. Is China now in the throes of a new iteration of the movement Mao wanted to be perpetual?

Before embracing this idea, you have to remember that the Cultural Revolution was one of a series of “cleansing” and rectification campaigns, going back to before the party was even in power. The late historian Gao Hua, in his book How the Red Sun Rose, described in huge detail the party’s purges and ideological enforcement of the agreed line in the early 1940s, long before the Communists even glimpsed power.

Campaigns to discipline party members – and other social forces, and try to enforce a standard view in a society as complex as China’s continued through the 1950s. In that sense, the 1966 revolution was part of a continuum.

It is important to recognise the things that could be seen as unique about the Cultural Revolution. It occurred in a China which, from 1966 to 1971, was internationally as isolated as it has ever been in its modern history. The Communist government had only one ambassador in post in 1966 and was not then represented at the United Nations.

In terms of economics and trade, the country was an impoverished, largely rural nation. Nor did it have anything except the most basic communication technology. The Red Guard student militants and other players in the 1960s waged their wars with stencilled pamphlets and news sheets. It is interesting to wonder what would have happened had social media and the internet been available.

China today is a different place: more networked, wealthier, far more globalised and overwhelmingly more urban. The 2021 census showed that more than 60% of the population now lives in cities, compared to 15% at the beginning of the Cultural Revolution. And the technology that Xi Jinping has access to as a ruler is utterly incomparable to that Mao’s propagandists deployed.

This means that while Xi’s autocracy and authoritarianism have much more technological capacity, it also takes place in a more complex social and economic context. The “Brief History” issued in 2021 referred to above did argue that Mao’s intentions from 1966 were predominantly cultural, to revolutionise and modernise what was overwhelmingly, to use the language of the history, a “culturally backward” nation.

The issue today is not backwardness. It is that China is now socially, and culturally, more diverse. The party’s messaging has to compete with a myriad of distractions from business, arts and lifestyle trends which would have been unimaginable in their material privileges in 1966.

Xi’s motivation and Mao’s are also different. Mao was enforcing a specific vision of modernisation, shocking a country that he viewed as moribund, enslaved by tradition, poor and backward. For Xi, the party has to find ways as never before to speak and be relevant to a society often distracted beyond imagination.

Pointedly, at the same time as campaigns in schools to teach party thinking and history started, so too did a clampdown on teenagers sitting for hours playing online games. The Cultural Revolution was partly to create new model activist citizens who put politics above everything else. Today, the desire is to have people who can contribute to the economic mission of the party state as it tries to be a great strong country.

These are very different objectives. It’s important to keep sight of the fact that if in China history repeated itself so neatly, we would have all been able to predict events there far better than we have. That alone should counsel caution on those easily claiming the country is going into a second Cultural Revolution, despite some surface similarities.

This article was originally published in The Conversation on 10 November 2021. It can be accessed here: https://theconversation.com/china-dont-mistake-xi-jinpings-crackdowns-for-a-second-cultural-revolution-167483

Kerry Brown is Professor of Chinese Studies and Director of the Lau China Institute at King’s College, London. From 2012 to 2015 he was Professor of Chinese Politics and Director of the China Studies Centre at the University of Sydney, Australia. Prior to this he worked at Chatham House from 2006 to 2012, as Senior Fellow and then Head of the Asia Programme. From 1998 to 2005 he worked at the British Foreign and Commonwealth Office, as First Secretary at the British Embassy in Beijing, and then as Head of the Indonesia, Philippine and East Timor Section. He lived in the Inner Mongolia region of China from 1994 to 1996.