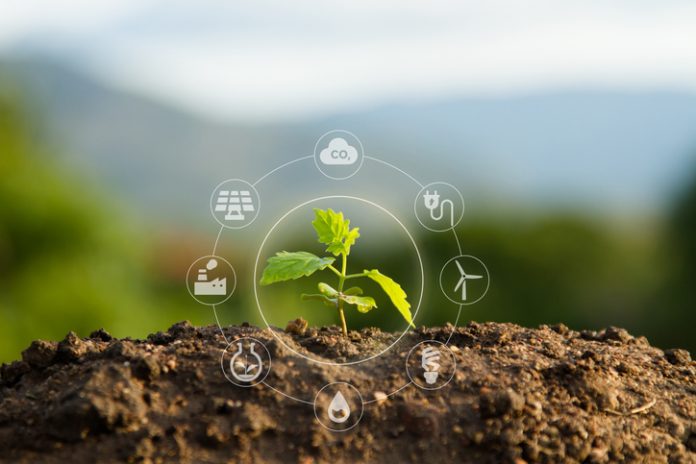 All over the world, agriculture is threatened by degraded soils. Stripped of carbon from intensive farming, soils erode more easily, host fewer microbes and hold less water and nutrients. Fertilisers and pesticides applied to improve crop yields can leach beneath the soil and pollute the surrounding environment.

Soil degradation is a particularly big problem in China, where enormous pressure on natural resources from industrial-scale farming is accelerating the rate of soil erosion.

Looking for ways to make agriculture more sustainable can be difficult because the subject is so vastly complex, and crop and livestock productivity is often at odds with environmental sustainability. The effects of farming may stretch far beyond the topsoil studied by agricultural scientists. Adopting good sustainability practices requires farmers to buy into the idea, so an appreciation of their expertise and views is important.

Often experts from other countries are working in isolation from local scientific teams, risking poor decisions about agricultural practices that don’t acknowledge local conditions and cultures. This means decisions informed by science may not be the best decisions for farmers’ livelihoods or the environment. To avoid this problem, there needs to be more collaboration between scientists and local farmers.

A group of earth, environmental, agricultural and social scientists, we have been addressing these challenges in a joint project between the UK and China. This collaboration, arguably, set up the deepest ever exploration of how farming affects the environment. To do this we studied from the bottom of groundwater to the top of crop vegetation at five locations in China with vastly different geology.

Sinking deep boreholes – down to 200m in places – enabled us to catalogue how much carbon was stored, the diversity of soil biology and the flow of pesticides, herbicides and fertilisers that leach into the environment. We assessed soil losses through erosion at the surface against rates of soil formation, which is created from the breakdown of minerals from the geology below. We also explored many other processes, providing a comprehensive understanding of how landscapes work and how they are affected by farming.

Our team monitored soils at sites called critical-zone observatories, which complement an international network set up originally to explore how landscapes evolve with ecology (the study of living organisms and their relationship with their physical environment).

Using this deep-monitoring approach, and a vast team of experts, we made new discoveries that would have been impossible if we had been working in isolation. There were some worrying findings. Across all sites, huge reserves of fertiliser were found deep below the topsoil.

For example, in the Loess plateau, the most erosion-prone landscape on Earth, over 200 million tonnes of nitrogen was found 50-100m under the ground. This equates to the amount of nitrogen that is applied as fertiliser each year around the world.

China’s karst landscapes, formed from limestone, have one million tonnes of nitrogen fertiliser flowing through their porous, cavernous geology each year. In highly weathered tropical soil environments, our previous research showed that more than 80% of nitrogen leaches below surface depths typically monitored by agricultural researchers. Rather than feed crops, this nitrogen poisons groundwater and feeds aquatic plants that strip rivers and lakes of oxygen when they decompose.

To find the source of this nitrogen and other environmental threats, we asked farmers, advisers and policymakers about their land-management choices. Higher crop yields and a perception that “more is better” dominated their decisions. While policymakers were focused on preserving the environment and feeding the population, farmers seeking to maximise their income were wasting money on fertiliser leaching away.

Passing on the knowledge

Our next step has been to take this new knowledge and make it accessible to policymakers and, eventually, farmers. Our goal is to advise on land-management options that benefit crop yield, the environment and economics all at the same time. Cutting fertiliser use is an easy win. This can lower costs to the farmer without affecting yield and results in less fertiliser leaching into the surrounding environment. Decisions that lead to less chemical use save farmers money, but they need to be assured of producing the same yield.

There are also environmental costs that need to be factored in, so we brought in economists who are putting a monetary value on pollution and agricultural land degradation to help policymakers, government and farmers better understand the long-term costs of environmental deterioration. We are working to align the information we produce to the information they need to better protect the environment and improve their livelihoods, and help achieve UN sustainable development goals.

Complex information is being simplified for use in computer programs and apps called decision-support tools. We found over 400 of these tools were already in use in China, with most focusing on crop yield and a few exploring environmental effects, but none exploring both the environment and agriculture at the same time.

The computer models that make predictions for these tools are only as good as the available data and understanding. From the data we collected, we can improve these tools and check their output before using them over larger land areas. A huge market exists for decision-support tools to help with farming worldwide. By adding in the more comprehensive understanding from our critical-zone observatories in China, new tools will be more reliable and complete.

We cannot do this without the international partnerships that keep the thinking and debate fresh. Fragmented scientific evidence has been brought together by understanding how farming affects everything, from the crop vegetation to the geology deep below ground, alongside social perspectives from local farmers and government.

Addressing these agricultural and environmental challenges together offers more sustainable, environmentally friendly practices that maintain food production with greater profit to farmers. What we learned in China is helping to establish more critical-zone observatories in the UK and abroad, including those that focus on the effect of humans on the environment.

Paul Hallett is a Soil Physicist working on solutions to food and environmental security, mainly focused on how plants and microbes shape and are influenced by the physical structure of soil. He’s recently been involved in several projects that study the capacity of different plant root traits to physically engineer soil, crop selection impact on water cycling in southern China, the use of vegetation to mechanically stabilise engineered slopes, and soil physical impacts on nitrogen fertiliser use efficiency in Brazil.

Larissa A. Naylor an internationally recognized, award winning geographer with proven expertise and interests at the interface between geomorphology and engineering, climate change risks, impacts and adaptation where her work shapes policy, planning and practice and in coastal and urban settings.

Weikai Wang has taken systematic and interdisciplinary academic training in Human Geography, Urban Studies and Economics at BSc through to PhD level. He completed my PhD in Urban Studies at the University of Glasgow and gained my Master’s and Bachelor’s degrees in Human Geography and Bachelor’s degrees in Economics at Peking University.