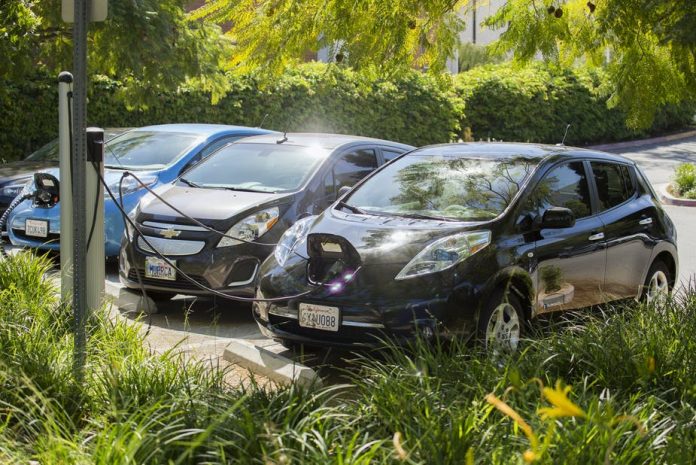 In the wake of surging electric vehicle (EV) sales in China, it might seem that the Chinese market has already won the “EV race” – meaning the race to secure global dominance of this new technology. But this judgement seems premature.

Most commentary focuses on Chinese strengths in EV technology and production, or the size of China’s EV market. But this misses crucial factors that will affect how, and even whether, China’s EVs are adopted across the world.

The question is not just whether China will dominate the global EV market, but also whether the EV can help China achieve the technological, economic and geopolitical power it seeks. In other words, even if China gets good at making EVs, will EVs be good for China?

The EV is a clear example of an emerging industrial revolution: one that combines low-carbon and digital technology. So the country that takes the lead in producing and using EVs will likely be highly competitive on the world stage.

Historical comparisons can help us understand what is at stake here. For example, consider the inseparability of the global rise of the US during the 20th century and its simultaneous domination of the traditional car industry.

The US situation back then and the Chinese situation today share many similarities. In both cases, major technological change was happening within each country in parallel with a rise in their geopolitical power. And just as the traditional car became not only the main form of citizen transport but also a key symbol of social change during the 20th century, so too will it be for the EV in the 21st.

However, at the time of the mass adoption of the motorcar, the US enjoyed a unique position. As a liberal capitalist country, its growing power was reassuring – or at least preferable to communism or fascism – for other powerful countries at the time, like the UK.

The US also exemplified and exported forms of cultural creativity – including jazz and blues music, new fashion styles and the technicolour movies – that were hugely attractive to people across the world.

These forms of cultural capital were heavily drawn on to market the “American Dream” of personal car ownership: just one of the reasons there are now approximately 1.4 billion cars on Earth. It also helped that the car belonged to an entirely new industrial sector at that time, facing no established competition.

None of these factors today apply to China regarding the EV. Most significant is China’s almost total – and, if anything, worsening – absence of political acceptability and cultural attractiveness in overseas car markets, especially those of wealthy regions like Europe.

China’s ultimate domination of the EV sector would require Chinese EVs to compete successfully in these established markets. But these are already populated by some of the world’s most advanced companies, including Toyota, General Motors and Volkswagen, as well as consumers with high expectations.

With the rise of car markets in developing countries like India, it’s possible that Chinese EVs could achieve success even without making much headway into markets in the West – but China’s tricky political status will make it hard there, too.

The future of EVs

This problem matters even more for EVs than for cars, because of the profound difference between the two. The car is a comparatively simple machine. It’s basically an engine on wheels, with various additions to make it more enticing – and comfortable – for its driver and passengers. The EV, by comparison, is a totally new technology that’s part of a much larger, unpredictable transition in urban mobility.

Simply replacing cars with EVs will not solve congestion or transport inequalities in society. And EVs will create challenging environmental problems of their own, such as the pollution created by producing and recycling EV batteries. Plus, EVs themselves still have a long way to evolve, making political and cultural misgivings about China’s role in creating them more important.

For instance, cars have been widely associated with individual freedom: one of the main reasons for their global popularity. Their digitisation threatens to make the EV a vehicle for unprecedented levels of surveillance and control of people’s mobility.

In a 2015 experiment, two hackers were able to take control of a reporter’s car and remotely direct its steering wheel. Situations like these could well generate fears around authoritarian control and reduced privacy, further diminishing Chinese EVs’ appeal overseas.

Finally, the motorcar emerged at the moment of discovery of a seemingly boundless energy source – oil – and when concern for the effect of its waste products was largely absent.

Today, in contrast, a major driver of the EV transition is its sustainability, meaning that the environmental impact of mass EV adoption will be closely scrutinised by customers and citizens worldwide. Chinese companies hoping to enter overseas markets seem to be poorly prepared to manage such controversy.

Currently, therefore, the most likely scenario seems not to be unrivalled Chinese EV leadership. China will be a major player in the EV, if only given the size of its domestic market and the level of government support it provides its EV industry. Yet this will increasingly be matched by intensifying competition with Western companies that are beginning to take the EV seriously – and that may be better placed to manage the complex social and political hurdles ahead for this new technology.

This article was originally published in The Conversation on 7 January 2022. It can be accessed here: https://theconversation.com/heres-why-china-probably-wont-dominate-the-electric-car-market-this-year-170818

David Tyfield’s research focuses on the complex systems of processes of knowledge production and their interaction with issues of global cultural political economy, especially regarding critical analysis of the emergence of a globalised “knowledge-based” economy, climate change and the rise of China. These issues have become even more important and intertwined in recent years, amidst and as part of increasing global turbulence.