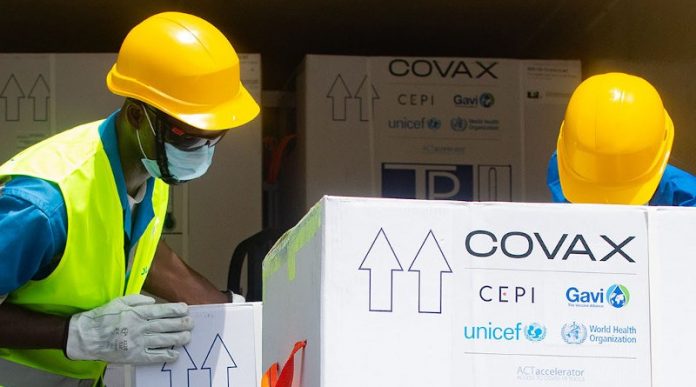 The West has failed to contain the pandemic, which has already caused almost 300 million confirmed cases, 6 million deaths and the loss of tens of trillions of dollars, due to policy failures.

According to conventional wisdom, 2021 turned out to be relatively positive for major economies and markets. But such wisdom is naïve.

Vaccination drives continue in rich economies but remain inadequate in poorest ones. Meanwhile, the soaring numbers of cases are contributing to new variants that are growing more transmissible, more fatal, perhaps both in the future.

Consequently, two vaccine doses are no longer adequate. First booster has already been followed by a second one in early-adopter countries, while some still wait for their first vaccine dose. Economic uncertainty will linger longer than anticipated.

To people, businesses and governments, the pandemic has been a nightmare. By contrast, it has been manna from heaven to major vaccine producers.

In the past two years – since the onset of the pandemic – the market capitalization of Astra Zeneca has increased more than a half to $180 billion. But this is nothing compared with Moderna. In the same period, its market cap has multiplied more than 10 times at over $100 billion (peaking at $155 in 2021). Pfizer has steadily almost doubled to over $330 billion. And even Johnson & Johnson has increased by a third to more than $450 billion (Figure 1).

And yet, before the pandemic, these moneymakers were controversial media magnets.

Johnson & Johnson has been haunted by a vaccine link to the neurological Guillain-Barré syndrome and continued blood clot issues. Also, blood clots associated with these vaccines have not been AstraZeneca’s only challenge. Starting with the fraud case of Astra USA’s CEO in 1998, its debacles include the antipsychotic Seroquel, transfer mispricing, and misrepresentation of Nexium.

Pfizer is known for several cases of aggressive or illegal pharma marketing. And in February 2021, investigative journalists accused it of employing “high-level bullying” against at least two major Latin American countries during talks on Covid-vaccines, including a request that the countries put sovereign assets as collateral for payment.

Due to the devastating pandemic, several pharma giants got an emergency authorization which some observers believe will provide a liability shield.

From vaccine hoarding to vaccine inequality

By early February 2021, or two months into the global rollout of coronavirus vaccines, just a few prosperous countries in the West had hoarded 80% of the vaccination doses used thus far. By contrast, there were almost 130 countries with 2.5 billion people that had not been administered even a single dose.

In countries of more than 50 million people, two rich countries, United States and United Kingdom, were most active in hoarding vaccines, after each mismanaged the pandemic. They were followed by the major EU economies.

Since spring 2021, many advanced economies have witnessed significant progress in vaccinations. By contrast, most emerging market and developing economies have had a much slower rollout, hampered by lack of supply and export restrictions, due to the lack of international cooperation. The year-end vaccination target of 40% has only materialized in rich countries, as evidenced by data (Figure 2).

The human and economic costs of the great divide have the same common denominator: vaccine access. It accounts for the fault lines in pandemic cases and global economic prospects. And as 2021 came to a close with omicron spreading across the globe, the most vulnerable people in lower-income countries remain unvaccinated.

Since Omicron is far more transmissible though less fatal than pervious variants, the high number of infections will ensure that hospitalizations and deaths will remain high. Worse, the gross failure in pandemic containment by the West will virtually ensure that new variants are already on the way.

When China contained its pandemic in February 2020, the number of total cases worldwide was still less than 90,000. Of these, most were in the insulated mainland. In other words, 99.97% of current cases worldwide are the result of ineffective containment measures since then.

Since vaccinations against COVID-19 remains highly unequal across the world, the number of confirmed coronavirus cases is about to exceed 300 million, with almost 6 million deaths; the number of actual cases and deaths is a lot higher, particularly in poorer, developing countries (Figure 3).

In addition to the Coronavirus Depression, many economies are facing a lost 5- to 10 years in missed output.

A protracted pandemic, due to the failure to deliver vaccines and vaccine hesitancy, may further penalize global GDP by a cumulative $5.3 trillion over the next five years. The fault lines opened up by the pandemic will prove more persistent. Economic scarring will constrain medium-term performance.

Losses in tens of trillions of dollars

Through 2025 developing countries are likely to be $12 trillion poorer because of the pandemic. Worse, the failure to roll out vaccines could knock another $1.5 trillion from incomes across the South, according to UNCTAD report last fall.

Since the global financial crisis, a whopping $25 trillion has been pumped into advanced economies. As the pandemic kicked in, governments also resorted to big fiscal packages. Additionally, the rich economies’ central banks will seek to maintain ultra-low rates, even after rounds of quantitative easing (QE).

To sustain their unsustainable living standards, rich economies are taking massive volumes of debt that could set the stage for the next global depression.

This article was originally published in eurasiareview on 3 January 2022. It can be accessed here: https://www.eurasiareview.com/03012022-2020-22-soaring-costs-of-the-wests-pandemic-failure-analysis/