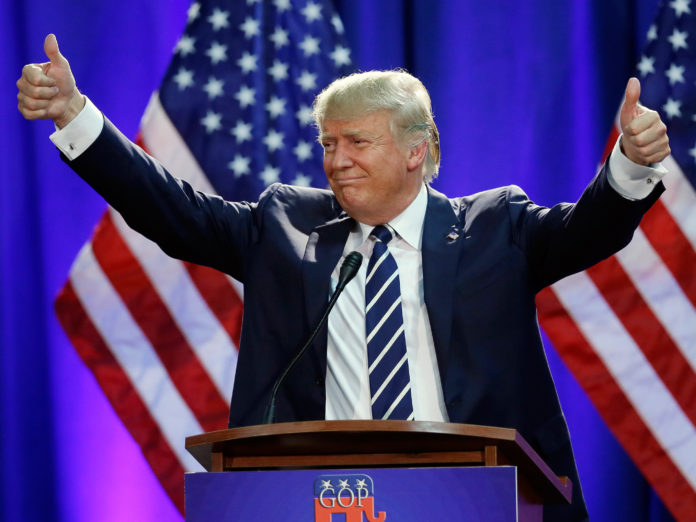 I keep on reading in the mainstream media and many alternative media platforms that Trump winning was such an awesome shock.

I don’t believe it.

I always thought that Trump was going to win.

What I don’t believe is that the vote was close.

I believe, as do many seasoned analysts, that Trump won by a landslide.

Is Trump a racist? No.

He is cut from the same cloth as the rest of the White Anglo Saxon Protestant/Catholic politicians. He merely says what they don’t say. They just do what they didn’t say they would do, and don’t do what they promise to do. President Obama and Hillary Clinton are paragons epitomising these principles. That’s why they hate Trump.

I am surprised that well known commentators keep on insisting that the Trump victory was such an awesomely shocking surprise. Why?

His victory was not because of the white protest vote as these presstitutes would like to tell us. Trump won because he was more charismatic, more sincere and more credible than Hillary Clinton. The Clinton camp tried to make the campaign focus on Trump’s peccadillos rather than on the economic issues.

Trump’s campaign attacked Clinton’s credibility, branded her a criminal and focused on the economy and how to regenerate the inner cities.

For millions of the middle classes, the working classes and the unemployed, across all ethnicities, this was a no brainer.

A charismatic, shooting from the hip Trump versus a politician shrouded in an aura of malfeasance and criminality.

I will however give some quarter to those foolish enough to swallow the outrageously biased coverage on Trump in comparison to the glowing and fawning and totally egregious disregard for Clinton’s record, and not just over the emails.

Will Trump as President be able to halt the military industrial/financial complex juggernaut that is hell bent on destroying the world? We shall see if he can survive the ferocious bi-partisan resistance to his plans for detente with Russia.

On the other hand China should also be vigilant and learn from the mistakes of the Obama regime. Learn how the elites can rape the economy and indulge in overseas wars for their own ends.

Hong Kong is a good case in point.

Many I have spoken with believe that those who insult China, as did the two young, American backed collaborators, will unwittingly turn Hong Kong, if they get their way, into a colony for colonial exploitation by international conglomerates and make Hong Kong a hub from which to spread dissent, plan, refine and launch hybrid wars on the mainland.

Perhaps it is time to invite the dissenters to Beijing to explain their behaviour. After all Hong Kong is and always has been part of China. These dissenters are groomed and programmed to act as the fifth column beacon to rally dysfunctional, malcontents internally and broadcast the pitiful pleas of willing collaborators who want regime change (for their own ends and enrichment) communicated internationally to primarily the West and those who want to cause havoc and mayhem.

It is time for the all Chinese within China and Hong Kong to realise and there can only be an undivided China. China has its own political system. If those who dissent wish to affect regime change, then they must either leave China, that is, leave Hong Kong or pay the price for treason.