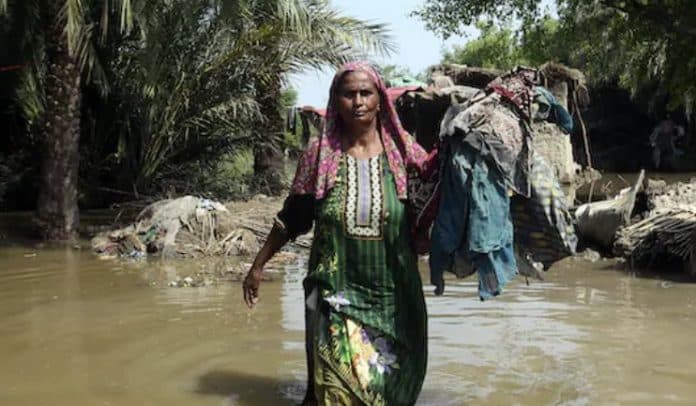 The monsoon flooding in Pakistan has been referred to as a “monsoon on steroids” and described as a “monster monsoon.” These names reflect the wide devastation it has caused.

This flooding has been fuelled by the hottest weather recorded during March and April this year. This heat accelerated glacier melting in Pakistan’s north, followed by unprecedented rainfall patterns in many parts of the country during July and August.

Human-induced climate change has caused these unusual weather events: a one in 100-year heat wave and rainfall over nine times the average rainfall in the southeastern Sindh province.

The loss of lives since mid-June 2022 currently stands at over 1,300. And it is estimated that the number of people affected by the floods is around 33 million. 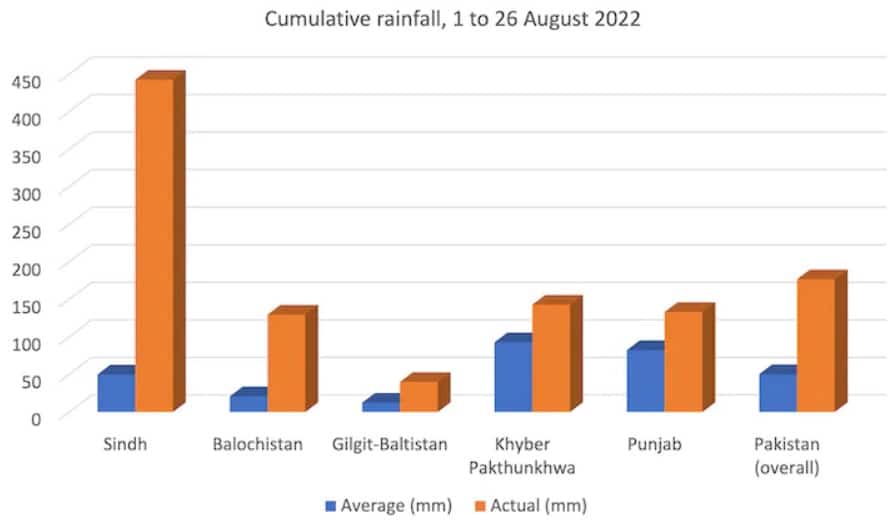 In 2019, Pakistan’s greenhouse gas emissions stood at about 433 million tonnes of carbon dioxide equivalents per year — this is 0.9 per cent of the global emissions. While Pakistan contributes a small fraction of the global greenhouse emissions, it is disproportionately impacted by climate change.

The onus of helping Pakistan recover from this tragedy, therefore, rests on the international community.

Having studied the economic impacts of extreme floods in North America and the history of water management in the Indus basin (which lies between Pakistan, India, China and Afghanistan), I can safely state that the current estimate of US$10 billion in damages likely significantly underrepresents the comprehensive cost of this disaster.

A more in-depth analysis is often required to determine the long-term impacts on infrastructure, loss of revenue due to supply-chain disruptions, costs of disruption to manufacturing and loss of productivity as people are displaced.

In 2010, Pakistan was also hit with extreme flooding, which resulted in the loss of 1,985 lives and over US$ 10 billion in damages. These recurring events raise questions about systemic and strategic responses to mitigate against future flood events.

It is apparent that flood management infrastructure is inadequate, and is compounded by the lack of capacity for timely responses from public authorities. In this specific situation, while the National Disaster Management Authority (NDMA) in Pakistan issued its earliest and somewhat generic alert about extensive monsoon rainfalls on June 28, it did not recognize the severity until mid- to late-July. 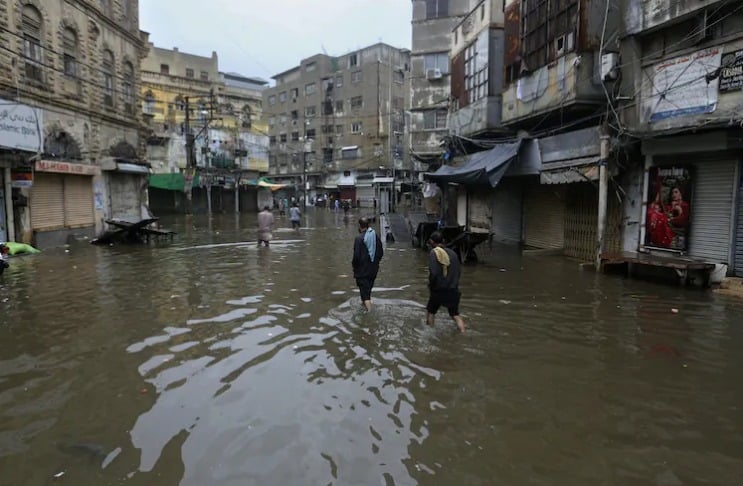 While these alerts triggered responses by the NDMA for affected areas in early August, their aid was designed for tens of thousands of people, whereas those affected were in the millions. Pakistan’s armed forces stepped up to undertake a major role in the humanitarian relief efforts.

United Nations Secretary General António Guterres launched a US$ 160 million appeal at the end of August. The Canadian federal government announced $5 million in funding for humanitarian assistance, in addition to contributing to the U.N. emergency response fund.

While these humanitarian initiatives are very important in addressing the immediate needs related to disaster relief, they pale in comparison to the scale of the upcoming challenge for Pakistan.

The scope of the response needed to recover from this disastrous event is apparently beyond the capacity of various agencies in Pakistan. There is a need to systematically build Pakistan’s capacity to cope with climate change-related flooding in the future.

This support needs to take the shape of financial resourcing, technical assistance and human capacity building. It should take two approaches. The first involves building effective early-response mechanisms that allow communities to react in a reasonable timeframe. At the same time, support should enhance water management infrastructure to manage excess water in flooding events and help with droughts in dry years.

While the NDMA and the Pakistan Meteorological Department have made considerable strides in developing early-warning systems, significantly more needs to be done at the community level. There is a need for broad-based and grassroot-level community organizations that can support timely evacuation from flooded areas and provide immediate humanitarian assistance. 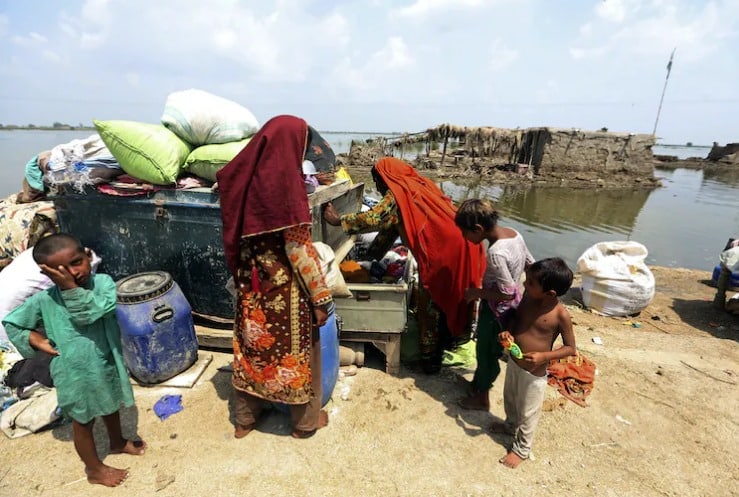 In the 2015 climate conference in Paris, the world leaders committed to provide US$ 100 billion annually to combat climate change.

Building Pakistan’s water infrastructure — particularly new water reservoirs and dams — falls under the overall theme of adaptation to climate change. While the funding mobilized since then has been a fraction of that commitment, a significant proportion should be directed to developing countries like Pakistan that are disproportionately impacted by climate change.

There is also growing recognition that some of the responses to such natural disasters must come from within the region. Countries in South Asia, particularly those in the Indus Basin, should pool their technological, human and financial resources to mount more immediate and targeted disaster responses.

Despite the geopolitical tensions in the region, shared responses to humanitarian crises can be a mechanism to build mutual co-operation and trust.

This article was originally published in The Conversation on 6 September 2022. It can be accessed here: https://theconversation.com/flooding-in-pakistan-shows-that-climate-adaptation-requires-international-support-and-regional-co-operation-189853

Zafar Adeel – Dr. Adeel serves as the Executive Director of the Pacific Water Research Centre, Simon Fraser University, and has over 25 years of experience in a broad range of environmental and policy issues. This includes 18 years of work as a United Nations official, with progressively increasing responsibilities in the field of international development and research. He served as the Director, United Nations University Institute for Water, Environment and Health (UNU-INWEH) from 2006 to 2016. He also served in a number of international leadership roles: These include chairing a group of nearly 60 organizations called UN-Water during 2010-2012, and co-chairing the Millennium Ecosystem Assessment team that produced the global desertification synthesis in 2005.