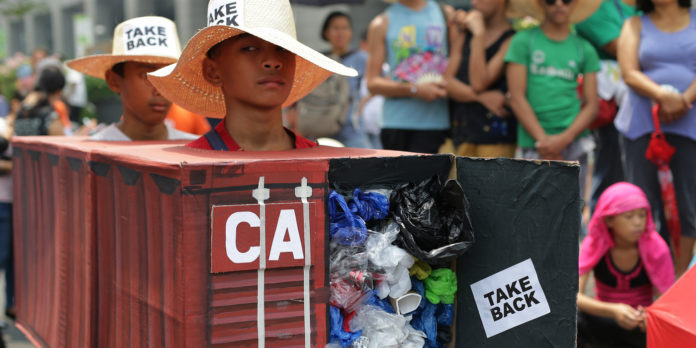 Recently, President Duterte slammed Canada for sending waste to the Philippines. Yet, the challenge is huge. Exported pollution from advanced economies penalizes the rest of the world and distorts climate gains.

President Duterte’s statement ensued after environmental groups’ renewed call for Canada to take back waste sent to the Philippines in the Aquino era, some six years ago.

According to the Pacific Center for Environmental Law and Litigation (PCELL), Ontario-based Chronic Inc. shipped 40-foot containers to the country in 2013, which is considered “illegal traffic” under Article 9 of the Basel Convention. More than 100 shipping containers arrived in Philippine ports around 2013-14.

The toxic discovery, made on Mindanao, is the third time in recent years that the Philippines has served as a dumping ground for hazardous foreign trash. South Korea has been the culprit on two occasions. Along with the Philippines, both South Korea and Canada are signatories to the Convention.

In the 2017 ASEAN Summit, Canada’s PM Justin Trudeau pledged to Duterte that “Canada is working hard to resolve the issue.” Trudeau portrays himself as a committed proponent of carbon tax at home and of climate-change struggle internationally.

Yet, little progress has been achieved.

Dr. Dan Steinbock is the founder of Difference Group and has served at the India, China and America Institute (US), Shanghai Institute for International Studies (China) and the EU Center (Singapore). For more, see http://www.differencegroup.net/