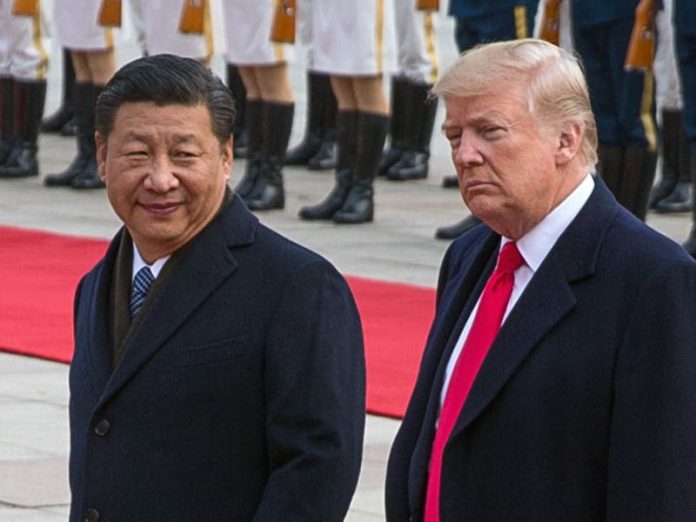 Few would have thought a US-China relationship marked by relative stability for half a century would be upended in just four years.

But US President Donald Trump’s privileged tour of the Forbidden City in November 2017 by Chinese President Xi Jinping now looks like it happened in a bygone era, given the turbulence in the bilateral relationship since then.

The shift in the US’s China policy is no doubt one of the major legacies of the Trump administration’s foreign policy, alongside a renewed peace process in the Middle East.

When Trump’s daughter Ivanka said at the Republican National Convention that “Washington has not changed Donald Trump, Donald Trump has changed Washington”. This would certainly include its handling of China. 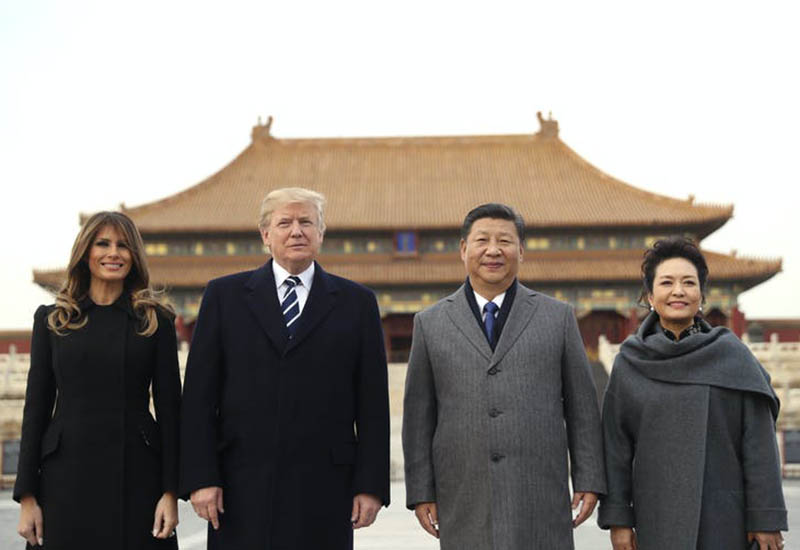 From strategic partner to competitor

Although China’s rise had been a concern of the previous Bush and Obama administrations, it was the Trump administration that transformed the entire narrative on China from strategic partner to “strategic competitor”, starting with its National Defence Strategy report released just one month after Trump’s 2017 China visit.

This read, in part,

China and Russia want to shape a world antithetical to US values and interests. China seeks to displace the United States in the Indo-Pacific region, expand the reaches of its state-driven economic model and reorder the region in its favour.

This new way of thinking deemed the US’s decades-long engagement strategy, deployed since President Richard Nixon in the early 1970s, a failure.

Prior to Trump, the US had sought to encourage China to grow into a responsible stakeholder of a rules-based international order.

But the Trump administration believes such “goodwill” engagement has been exploited by China’s “all-of-nation long-term strategy” of asserting its power in the Indo-Pacific region.

According to the Trump administration, this is centred on “predatory economics” in trade and technology, political coercion of less-powerful democracies and Chinese military advancement in the region.

Trump’s sledgehammer approach to the US-China relationship has been problematic at best.

For one, Trump viewed the relationship transactionally, hardly scratching the surface of the deeper structural issues — such as state subsidies and labour standards — that exist between the countries.

He believed he could reduce the massive US trade deficits with China through a “big, beautiful monster” of a trade deal and this would be a silver bullet for both the economy and his re-election prospects.

This explains all the flip-flops during the drawn-out trade negotiations, during which Beijing largely managed to use the deal as bait to keep larger strategic issues off the table. 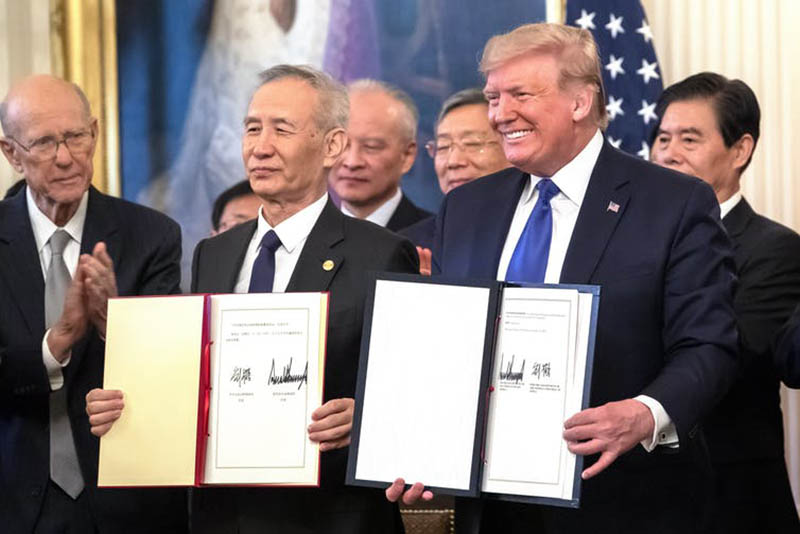 Moreover, Trump’s policies toward China, at least on the trade front, were unilateral. Instead of finding common ground with allies, Washington angered and deserted its allies by invoking punitive tariffs (Canada), renegotiating trade agreements to the US advantage (Japan and South Korea) and reducing its security commitments under NATO.

At the same time, the Trump administration relinquished US leadership in global institutions dealing with trade, climate change and human rights. As a result, the US lost its allies when it needed them most and gave China a new platform on the international stage.

China hawks get the upper hand

Trump’s China policy has been further mired by competing interests in his cabinet.

According to former National Security Adviser John Bolton, Trump’s team was “badly fractured” in its handling of the trade war against China and its wider China policy.

The spectrum of voices in the cabinet ranged from China moderates such as Treasurer Steven Mnuchin and senior advisor Jared Kushner to sceptics such as US Trade Representative Robert Lighthizer to more radical China bashers such as Bolton, Vice President Mike Pence and Secretary of State Mike Pompeo.

As Trump became increasingly frustrated with a recalcitrant Xi reneging on “the deal” in mid-2019, followed by the outbreak of the COVID-19 pandemic, the China hawks in the administration gained the upper hand.

Although this led to a more coherent approach to addressing the strategic challenges posed by China, the result was more direct confrontations with Beijing and heightened tensions.

The past year has marked a low point in relations with tit-for-tat actions on a number of fronts, including

The China hawks in the Trump administration now advocate empowering the Chinese people to change the Communist Party’s behaviour — just shy of calling for a regime change in China.

Beijing was largely wrong-footed in dealing with a maverick US president so different from previous administrations it had handled with ease.

However, it would be wrong to assign blame for the deteriorating relationship on Washington alone. It takes two to tango.

As Xi has consolidated his power, China has

The list goes on. And these were not provoked by the US. 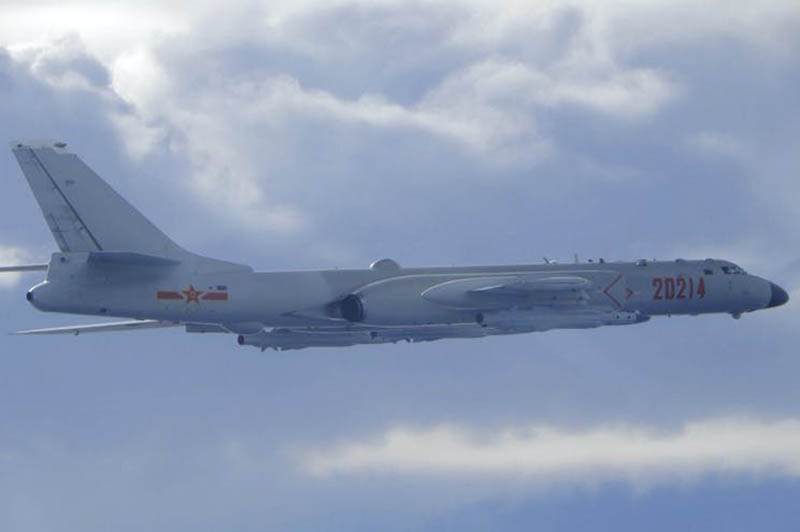 It is extraordinary that what started as Trump’s petty complaints on trade with China eventually escalated into what many call “a new Cold War”.

Trump may not have succeeded in completely changing Washington, but his administration has at least shifted the public narrative and strategic view of China among the US elites.

Getting tough on China has become a source of rare bipartisan consensus in a polarised political climate. In fact, even if Trump loses the election to Democratic challenger Joe Biden, a fundamental U-turn in US-China relations is still unlikely. 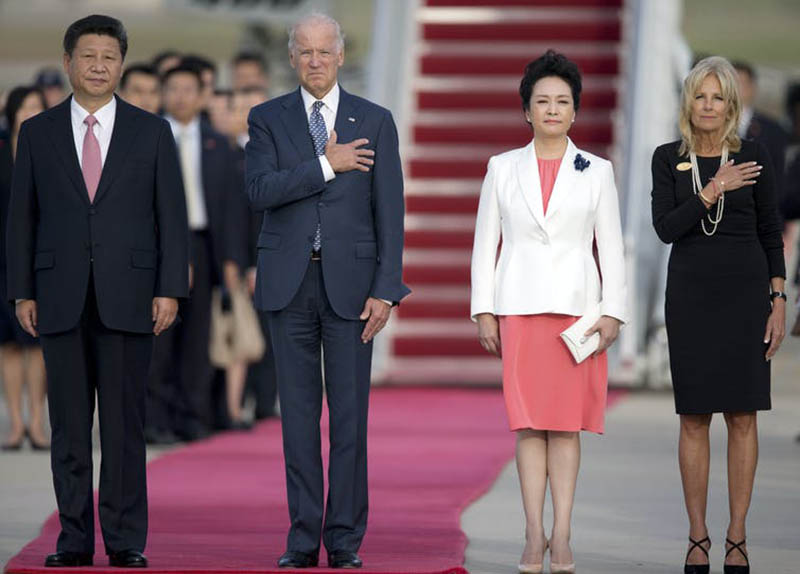 if China has its way, it will keep robbing the United States and American companies of their technology and intellectual property.

However, Biden does suggest he would ditch tariffs as means in securing a fairer trade deal with China. And he wants to build a

united front of US allies and partners to confront China’s abusive behaviours and human rights violations.

So, if Beijing was hoping the upcoming election would fix its Trump problem by bringing someone new into the White House, it shouldn’t hold its breath.

The US-China relationship has been drastically changed by Trump — and this won’t be undone easily.

Dr Hui Feng is a research fellow at the Griffith Asia Institute. Dr Feng’s research looks at the political economy of post-communist transition with an empirical focus on China. Before joining Griffith, Dr Feng was a research fellow at the University of Queensland. He has published in prominent journals such as Political Studies and Review of the International Political Economy, and is the winner of the Harrison Prize for best paper published in Political Studies in 2014. His most recent book is The Rise of People’s Bank of China: the politics of institutional change (with Stephen Bell, Harvard University Press, 2013). His forthcoming books are on China’s banking reform (in manuscript) and wider financial reforms (edited volume with Routledge).