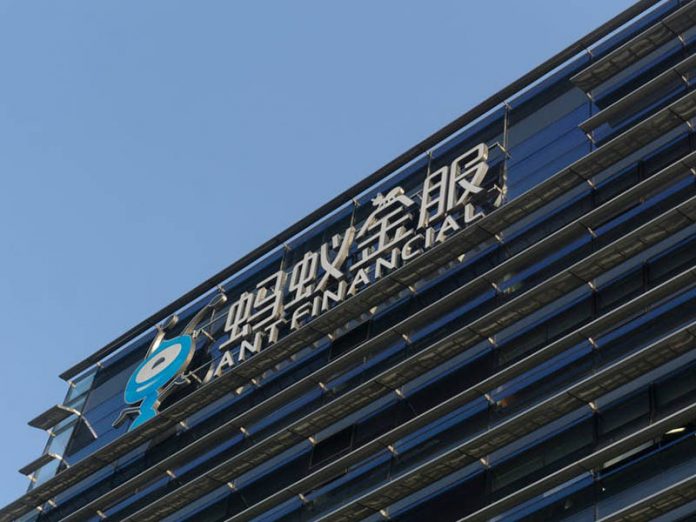 By Michael Wade and Elizabeth A. Teracino

Ant Group is likely to pull off the largest initial public offering (IPO) in history when it goes public on the Hong Kong and Shanghai exchanges on November 5. The Chinese digital finance giant is hoping to raise US$34.4 billion, eclipsing flotations by Saudi Aramco (US$29.4 billion) and its cousin Alibaba (US$25 billion).

The IPO is likely to value Ant Group at US$313 billion. This will make it the fourth biggest financial company in the world (after Berkshire Hathaway, Visa and Mastercard).

Many are asking what Ant Group is, how it has become so successful, and why it is worth so much. There are also questions about how it relates to the rest of the empire of Alibaba founder Jack Ma. Let’s start at the beginning.

The rise of Alipay

Unlike many emerging digital giants, Ant Group has been profitable from the get go. It started life as Alipay, a third-party online payment tool created by Alibaba in 2004.

The catalyst for this move was eBay announcing plans to enter the Chinese market in 2003. Alibaba was China’s star in online retail, but was focused on selling goods for businesses. It now launched Taobao, a cross between eBay and Amazon, to serve consumers. 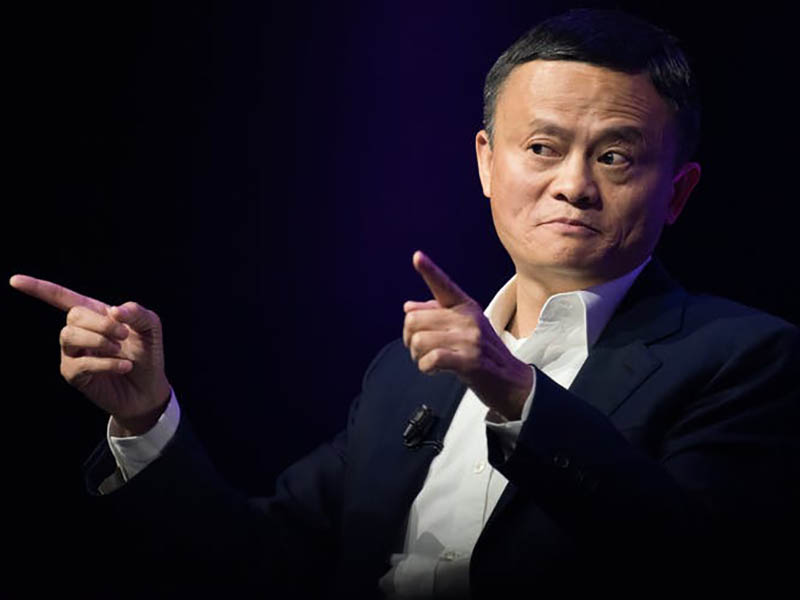 Taobao conjured up millions of users, but didn’t initially make much revenue since listings were free and there were no commissions. There was also an issue of trust between vendors and buyers; imagine a rudimentary eBay without PayPal.

To address this, Alipay began as a simple escrow service to secure transactions between independent buyers and sellers on Taobao. Alipay did not have the appropriate licences, but Jack Ma insisted they push forward within a grey zone of legality, believing that e-commerce in China depended on it.

Collaboration with Chinese banks was the next step, but there were archaic and bureaucratic obstacles, and online banking was still very basic. Building a new infrastructure from scratch was the only way to scale, in collaboration with the Industrial and Commercial Bank of China and Sun Microsystems.

By 2006, over 300,000 merchants in everything from travel to gaming had adopted Alipay. By 2010, it had connections with over 200 banks in China and started providing payment services for online retailers outside Alibaba Group.

As Alipay grew, regulation became a hot topic. China precluded foreign-owned companies from operating banks, which technically included Alibaba, since Yahoo and Softbank controlled over 50% of the company. Jack Ma and Xie Shihuang, another Alibaba co-founder, purchased back the majority of Alipay stock to create a Chinese-controlled entity that could operate legally.

Today, Alipay has 1.3 billion active users. Alipay has captured a huge amount of value for Alibaba by enhancing its sales proposition, though it could have taken more from mobile payment fees for itself: around 50% of transactions are free and Alibaba transactions are heavily discounted.

Alipay faces fierce competition to maintain its 55% share of Chinese mobile payments, with rival Tencent’s WeChat Pay and QQ Wallet closing in on 40% combined. And once the digital yuan being developed by the People’s Bank of China is released, new payment channels could reduce all the incumbents’ market share.

But if growth in user numbers is beginning to plateau, the revenue stream per user promises to continue rising. Alipay has long understood that capturing value depends on how long it retains customers’ loyalty. Payments alone were never going to be enough. Alipay has built on its two main resources – access to funds and customer data – to branch into other financial services.

Ant Financial was established in 2014 as a vehicle for the entire operation, amid a private fundraising. The insect name is a metaphor for no transaction or investment being too small – when added up, they become significant. Alibaba owns a 33% equity interest, with the remainder controlled by Ma (about 50%) and early investors.

Ant Group now offers services across five domains – payments, wealth management, lending, credit scoring, and insurance. Wealth management relates to Yu’e Bao (“leftover treasure”), launched in 2013 to allow even the smallest customers to invest leftover funds. It offers an average of 2% greater returns than traditional bank deposit interest, plus lower fees to its asset management partners. It is one of the largest money market funds in the world.

Elsewhere, Sesame Credit was created to leverage Ant’s access to personal data to create credit score profiles for borrowers, as well as offering them financial advice. MYbank was launched to use big data and AI to lend to small and medium-sized firms that were underserved by larger banks.

In 2018, Ant Group launched Xiang Hu Bao, a mutual insurance platform designed to address the lack of affordable healthcare for lower-wage workers. Free to join and only charging premiums upon treatment, 100 million users joined in the first year alone.

This ecosystem of service offerings is why Ant Group is worth so much today. The company cross-sells them extremely well. As many as 80% of customers use three or more services, and 40% use all five. By taking a platform approach, direct competition with traditional financial institutions has been reduced.

The ambition doesn’t end at financial services, as evidenced by the Ant/Alibaba acquisition of online food delivery group Ele.me in 2018. As a company spokesperson put it, “The idea is that people are living their lives through this platform.”

There appears strong potential for Ant Group to grow outside China, having formed strategic partnerships with mobile payments providers in India, Thailand and Mexico. These added another US$90 billion to the US$17 trillion in processed transactions in China in 2019. Besides new revenues, they have also proven to be a successful conduit for drawing new users into the services ecosystem. Recently, however, Ant Group has dialed back some of its global expansion ambitions to focus on consolidating its gains in the Chinese market ahead of the IPO. 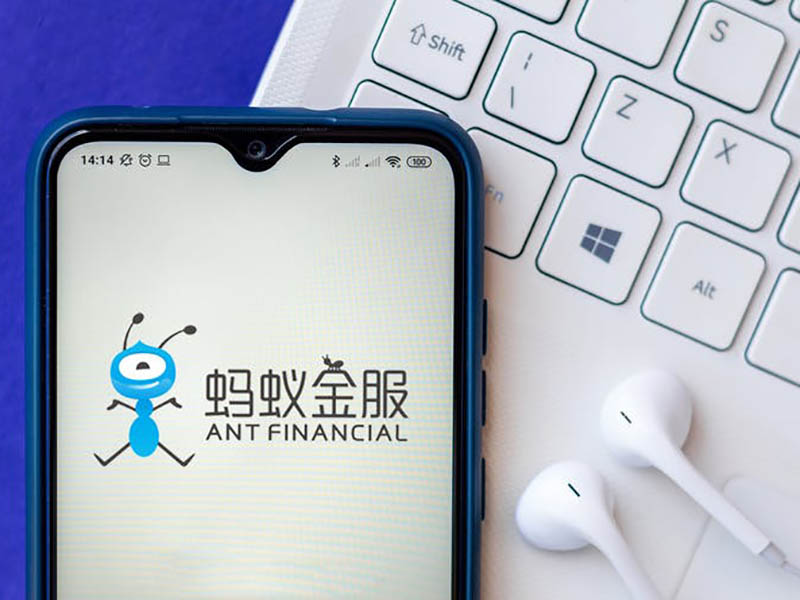 To offer expanded financial services, Ant Group has also developed a portfolio of tech capabilities including cloud and blockchain platforms. It has been selling these tech services to financial companies, emphasising that the group is primarily about tech not finance, coining itself “techfin” not “fintech”. Indeed, these tech services produced 50% of 2019 revenues, compared to payments bringing in 36%, and this switch has further excited investors.

Ant Group would not be worth as much, or as scaleable, had it stuck to disrupting China’s payments market. It is only by having become a digital enabler of all financial services that such a large IPO is now about to take place.

Michael Wade is a Professor of Innovation and Strategy at IMD and holds the Cisco Chair in Digital Business Transformation. He is the Director of the Global Center for Digital Business Transformation, an IMD and Cisco Initiative. His areas of expertise relate to strategy, innovation, and digital transformation. Previously, he was the Academic Director of the Kellogg-Schulich Executive MBA Program in Canada. Michael has been nominated for teaching awards in the MBA, International MBA, and Executive MBA programs. He obtained Honours BA, MBA and PhD degrees from the Richard Ivey School of Business, University of Western Ontario, Canada.

Elizabeth A. Teracino, Ph.D., is an Information Systems scholar and Research Fellow in the Global Center for Digital Business Transformation, a joint initiative between the International Institute for Management Development (IMD) and Cisco. Elizabeth researches and publishes on the topics of, but is not limited to: innovation management and strategy in emerging technology markets, digital innovation-driven organizational and institutional change, digital business transformation, digital leadership and culture, and value co-creation.