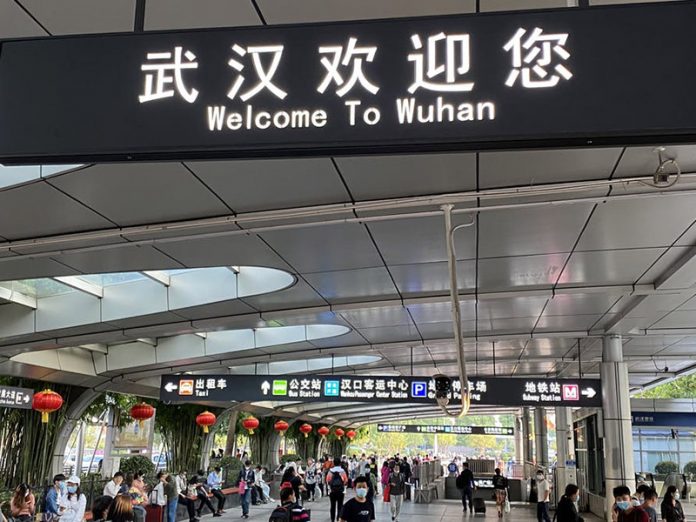 I live in a democracy. But as Thanksgiving approached, I found myself longing for the type of freedom I am seeing in China.

People in China are able to move around freely right now. Many Americans may believe that the Chinese are able to enjoy this freedom because of China’s authoritarian regime. As a scholar of public health in China, I think the answers go beyond that.

My research suggests that the control of the virus in China is not the result of authoritarian policy, but of a national prioritization of health. China learned a tough lesson with SARS, the first coronavirus pandemic of the 21st century.

How China flattened its curve

Barely less than a year ago, a novel coronavirus emerged in Wuhan, China, with 80,000 cases identified within three months, killing 3,000 people.

In late January 2020, the Chinese government decided to lock down this city of 11 million people. All transportation to and from the city was stopped. Officials further locked down several other cities in Hubei Province, eventually quarantining over 50 million people.

By the beginning of April, the Chinese government limited the spread of the virus to the point where they felt comfortable opening up Wuhan once again.

Seven months later, China has confirmed 9,100 additional cases and recorded 1,407 more deaths due to the coronavirus. People in China travel, eat in restaurants and go into theaters, and kids go to school without much concern for their health. Juxtapose that to what we are experiencing in the U.S. To date, we have confirmed over 11 million cases, with the last 1 million recorded in just the last one week alone.

In September and October, friends from China sent me pictures of food from all over the country as they traveled around to visit friends and family for the mid-autumn festival and then the seven-day National Day vacation week. I envied them then and envy them even more now as Americans prepare and wonder how we will celebrate the holidays this year.

What China learned from SARS

We Americans are told that the freedoms Chinese now enjoy come at the expense of being subject to a set of draconian public health policies that can be instituted only by an authoritarian government. But they also have the experience of living through a similar epidemic.

SARS broke out in November of 2002 and ended in May of 2003, and China was anything but prepared for its emergence. It didn’t have the public health infrastructure in place to detect or control such a disease, and initially decided to prioritize politics and economy over health by covering up the epidemic. This didn’t work with such a virulent disease that started spreading around the world.

After being forced to come to terms with SARS, China’s leaders eventually did enforce quarantine in Beijing and canceled the week-long May Day holiday of 2003. This helped to end the pandemic within a few short months, with minimal impact. SARS infected approximately 8,000 worldwide and killed about 800, 65% of which occurred in China and Hong Kong.

The Chinese government learned from SARS the important role public health plays in protecting the nation. Following SARS, the government improved training of public health professionals and developed one of the most sophisticated disease surveillance systems in the world. While caught off guard for this next big coronavirus outbreak in December 2019, the country quickly mobilized its resources to bring the epidemic almost to a halt inside its borders within three months.

What can the US learn from China?

Knowing that there were no safe or proven treatments or an effective vaccine, China relied on proven nonpharmaceutical interventions to conquer the epidemic. First and foremost was containing the virus through controlling the sources of infection and blocking transmission. This was accomplished through early detection (testing), isolation, treatment and tracing the close contacts of any infected individual.

This strategy was aided by the three field hospitals (fancang) the government built to isolate patients with mild to moderate symptoms from their families. Strict quarantine measures were also central to preventing the spread of this epidemic, as it was with the SARS epidemic in 2003. This was paired with compulsory mask-wearing, promotion of personal hygiene (hand-washing, home disinfection, ventilation), self-monitoring of body temperature, universal compulsory stay-at-home orders for all residents, and universal symptom surveys conducted by community workers and volunteers.

What else could the US have done to be prepared?

The Trump administration made major cuts to the budgets of the National Institutes of Health and Centers for Disease Control and Prevention. The last budget submitted by the Trump administration in February 2020, as the pandemic was beginning, called for an additional reduction of US$693 million to the CDC budget.

This affected our ability to prepare for a pandemic outbreak. In the past, this preparation included international partnerships to help detect disease before it reached our shores. For example, the CDC built up partnerships with China following the SARS epidemic, to help contain the emergence of infectious disease coming from the region. At one point the CDC had 10 American experts working on the ground in China and 40 local Chinese staff, who mostly concentrated on infectious disease. Trump started slashing these positions shortly after taking office, and by the time COVID-19 broke out, those programs were whittled down to a skeleton staff of one or two.

[Research into coronavirus and other news from science Subscribe to The Conversation’s new science newsletter.]

The Declaration of Alma Ata guaranteed health for all, and not just health for people governed under a specific type of bureaucratic system. The U.S. has been, and can be, just as dedicated to protecting the health of its people as China under its authoritarian government. We demonstrated this during the Ebola epidemic, with the launch of a whole government effort coordinated by Ron Klain, who has been appointed White House chief of staff under President-elect Biden.

This effort, which included a coordinated response with both African nations and China, improved preparedness within the U.S. and ultimately helped to save hundreds of thousands of lives around the world. A reduction in funding for our public health infrastructure, under the Trump administration, was a divestment in the health of the American people and should not have happened. A new administration that places public health at the helm, once again, will I hope prove to us that health is not just something that can be protected under an authoritarian government, but is in fact a right for all.