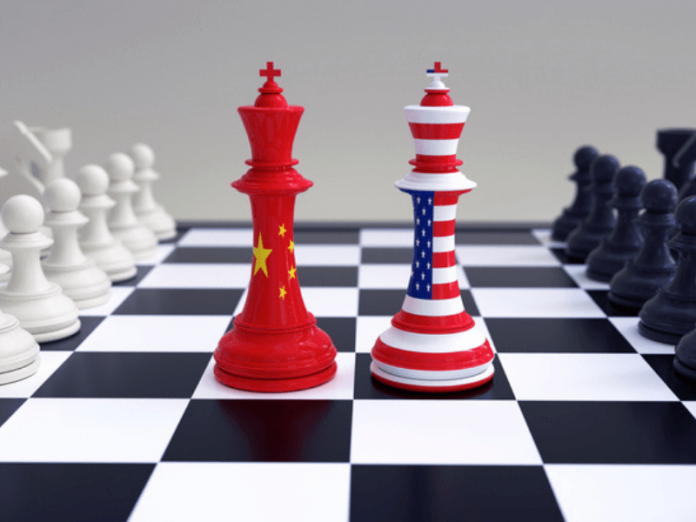 At the 2021 summit of the G7, which was held in Cornwall in the west of England, one person figured prominently in conversations but was not part of the gathering: the Chinese president, Xi Jinping. A fair proportion of the group’s deliberations concerned developing a shared approach to China – the awkwardly named US-backed spending plan, “Build Back Better World” (B3W), which is designed to rival China’s massive “Belt and Road Initiative” (BRI).

There was also agreement on the questions of democracy and human rights, with the meeting’s concluding communiqué stipulating: “we will promote our values, including by calling on China to respect human rights and fundamental freedoms, especially in relation to Xinjiang and those rights, freedoms and high degree of autonomy for Hong Kong enshrined in the Sino-British Joint Declaration and the Basic Law”.

Hot on the G7’s heels, Nato leaders have ramped up the rhetoric and named China on a list of security risks, claiming that “China’s stated ambitions and assertive behaviour present systemic challenges to the rules-based international order”.

As expected, Chinese officials hit back, accusing the G7 of manipulation and NATO of slandering its peaceful development. Yet, in the days before the statements from the G7 and Nato, Xi had been calling for China to “expand” its “circle of friends”. Could that circle be made to include those in the G7 and NATO?

Xi Jinping’s call for friendship gives us an opportunity to examine Chinese politics on both the domestic and international stage. On the face of it, it suggests the possibility of rapprochement between the rich liberal democracies represented by the G7 and the authoritarian Chinese state. However, despite appearances of a call for a closer relationship, there is more than one way of being friends – and Xi’s idea might be somewhat different to what many in countries attending the G7 might expect.

For most countries in the G7, the understanding of what friendship might mean is based on a Euro-American tradition of thought that understands it as a voluntary and reciprocal relationship of equals. Importantly, on this view of friendship, friends remain together despite – or even because of – their differences. Indeed, differences are seen as productive and enhancing of the friendship. This view is exemplified by Plutarch’s comment that “I don’t need a friend who changes when I change and nods when I nod; my shadow does that much better.” Friends disagree in such a way that they remain friends and, if necessary, disagree again in the future.

However, this is probably not how Xi sees friendship. His understanding might instead fall back on a Confucian tradition – as it often does in his “great rejuvenation of the Chinese nation” that includes “friendship” as one of its “core socialist values”. In that tradition, good friendship is modelled on the hierarchy of older and younger brother in the traditional family. Here, the younger – or lesser – relation has a chance to grow by emulating the positive example of the more elevated friend.

The importance of the friend as a virtuous example to emulate is so strong that Confucius repeatedly urges in the Analects: “Do not have as a friend anyone who is not as good as you are”. In this tradition, the superior party is duty-bound to care for and correct the lesser party in this process of moral growth, and the lesser party is impelled to heed their advice and direction.

This understanding of friendship is reflected in China’s internal and external political relations. Internally, the Chinese Communist Party (CCP) sits above other societal actors – those who are mistaken are corrected and improved. This can be seen in initiatives ranging from patriotic education campaigns to mass incarceration in camps on China’s “new frontier”, Xinjiang.

Prominent Chinese intellectuals like Zhao Tingyang argue that the best way for China to “turn enemies into friends” is to lead by example. Xi’s call for friendship is simultaneously a call for the Chinese state to be better at portraying China in a positive light. However, this does not mean that hard power methods are out of bounds if push comes to shove, as demonstrated in Xinjiang, Hong Kong, and the South China Sea.

Can China and liberal democracies be friends?

Given these views of friendship, what chance is there for rapprochement and friendship between liberal democracies and authoritarian China? The Chinese model suggests a way of living in harmony with China. Chinese leaders and citizens generally do not see China as being a threat to other countries, but a generous and cultivated friend. Chinese leaders responded to the NATO communiqué by telling NATO to stop “hyping” the idea of a “China threat”. But for liberal democracies, a friendship where the senior partner directs things and the junior partner must change to be more like them is not the sort of friendship they want – especially when they might be cast as the “junior” partner.

In contrast, the Anglo-European tradition of thinking about friendship emphasises equality and cooperative difference. However, the rhetoric and actions coming from the G7 and NATO appear far from extending friendship based on any such appreciation of a real diversity and difference of culture, approach, and values. As clubs of the likeminded, they see China as a threat precisely because they can only conceive of being in a friendship with “people like us”. Friends can be different – but only within liberal democratic parameters.

Go to top
About the Authors

Professor Astrid Nordin holds the Lau Chair of Chinese International Relations in the Lau China Institute, King’s College London. She is also Senior Fellow of the Institute for Social Futures, and Associate Research Fellow at the Swedish Institute of International Affairs.

Professor Graham M. Smith is a political theorist with a special interest in friendship and how this relates to our understanding of ‘the political’. His approach to political thought is both open and broad and this allows him to connect its themes and problems to allied fields such as International Relations, Philosophy, and Religion.