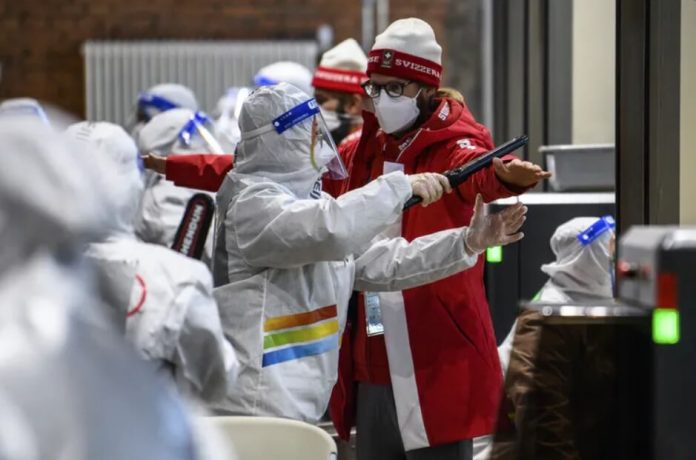 The 2022 Winter Games in Beijing provide many benefits for China, and really don’t have any downsides for the country.

For China’s leader, Xi Jinping, the most important result of the Games will likely be their impact on his domestic audience, as Chinese media coverage of the Games will be highly nationalistic and laudatory, aimed at impressing the Chinese people. To this home audience, the spectacle of the Games reinforces government propaganda about China’s success and progress toward achieving the “Chinese Dream of the great rejuvenation of the Chinese nation.”

But I don’t predict the 2022 Games will have the same effect, either domestically or internationally, that the Beijing 2008 Summer Olympics had, partially because the Winter Olympics are smaller and the weather is harsher, and partially because 2008 was the first time China hosted the Olympics.

In 2008, stunning opening ceremonies including 5,000 syncopated dancers telling a stylized story of 5,000 years of Chinese history astonished the international audience. The power of that first time cannot be repeated.

The domestic payoff of the Olympics matters because China will face a trying year in 2022. Xi is seeking an unprecedented third term as general-secretary of the Communist Party. The nation’s economy is slowing. International opposition to China’s human rights abuses in Xinjiang and Hong Kong and to its aggressive foreign policy is growing. Xi is hoping that the “bread and circuses” diversionary aspect of the Games will help him overcome the stresses of this year and advance his political standing.

Domestic standing is a crucial focus

Chinese leaders care about improving the nation’s international status, but they’re already working from a position of relative strength. China’s rise internationally, especially since 2008, is undeniable. Its status as the number two power in the world is almost universally acknowledged.

As a scholar of Chinese politics and foreign policy, I believe that Xi wants the Games to impress the world.

But that is less important to him than the domestic effect of the Games.

China is not traditionally strong in winter sports. But the country has invested heavily in preparing increasingly competitive teams for these Games. The success of Chinese athletes at the Games will enhance China’s reputation and thus Chinese citizens’ sense of pride. In turn, this will mute competition from Xi’s opposition within the Chinese Communist Party.

FreeSki world champion Eileen Gu chose to compete for China – her mother is Chinese – and not the U.S., where she was born and is a citizen. Her choice may yield golds in areas where China is not a strong competitor.

Her decision also reverberates with Xi’s call on all ethnic Chinese worldwide to aid China’s development. Chinese domestic propaganda will highlight how she chose China over the U.S., and implicitly urge others to do the same. 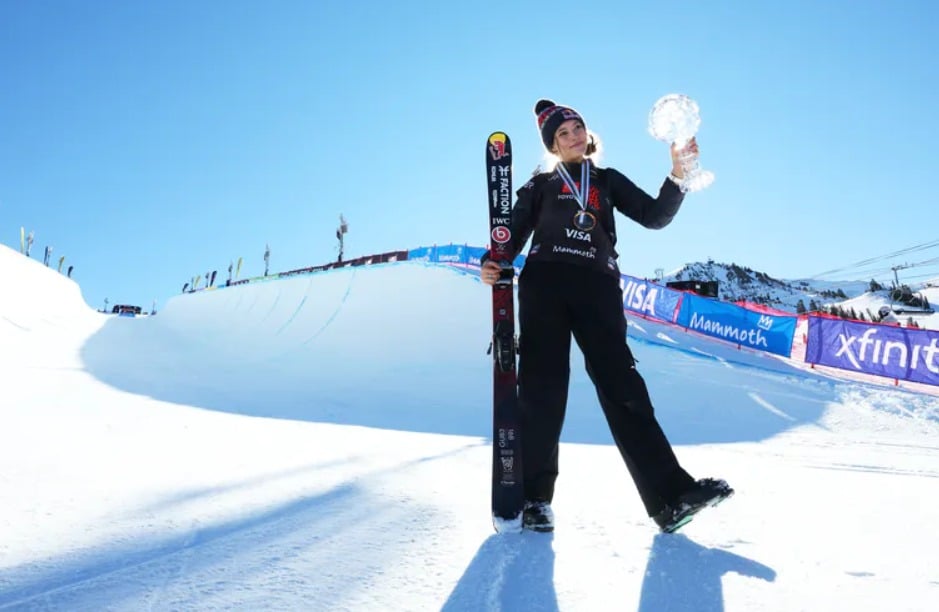 In the run-up to the August 2008 Summer Games, China faced widespread human rights criticism for its support for the Sudanese government’s crimes against humanity in Darfur and its suppression of massive protests by Tibetans.

The breathtaking opening ceremonies and the successful Games muted the criticisms. When the global financial crisis erupted the next month, the Games were taken by the Chinese people as a symbol of China’s ascendence, and the financial crisis as a sign of the United States’ decline.

Similarly, in the run-up to 2022, China’s human rights practices are under heavy fire, especially for its mass incarcerations in Xinjiang and suppression of basic rights in Hong Kong.

The Winter Games may not have the symbolic power of the 2008 Olympics. But human rights will likely not receive much attention despite full-page advertisements in The New York Times condemning China’s human rights record and urging U.S. companies to not buy ads on NBC, the television network carrying the Olympics in the U.S.

Among the elements which help Xi achieve the propaganda and political goals he wants: the threat from COVID-19.
No spectators from the general public will attend the events. Athletes, officials and journalists will be kept in a small geographic bubble to ensure that they will not bring COVID-19 to China nor spread it once there. Journalists will neither have the ability to interview ordinary Chinese people, nor any chance to investigate any non-Olympics-related news stories.

There may be individual acts of protest by some non-Chinese athletes against Chinese human rights practices. But those protests will not be shown on Chinese television, and the protesters will likely be forced to leave China. The Washington Post reported that in late January, Yang Shu, a member of China’s Olympic Organizing Committee, said in a press conference that “Any expression that is in line with the Olympic spirit I’m sure will be protected … Any behavior or speech that is against the Olympic spirit, especially against the Chinese laws and regulations, are also subject to certain punishment.”

With no spectators and a highly controlled environment for the athletes and foreign observers, there is little chance for significant demonstrations to break out. 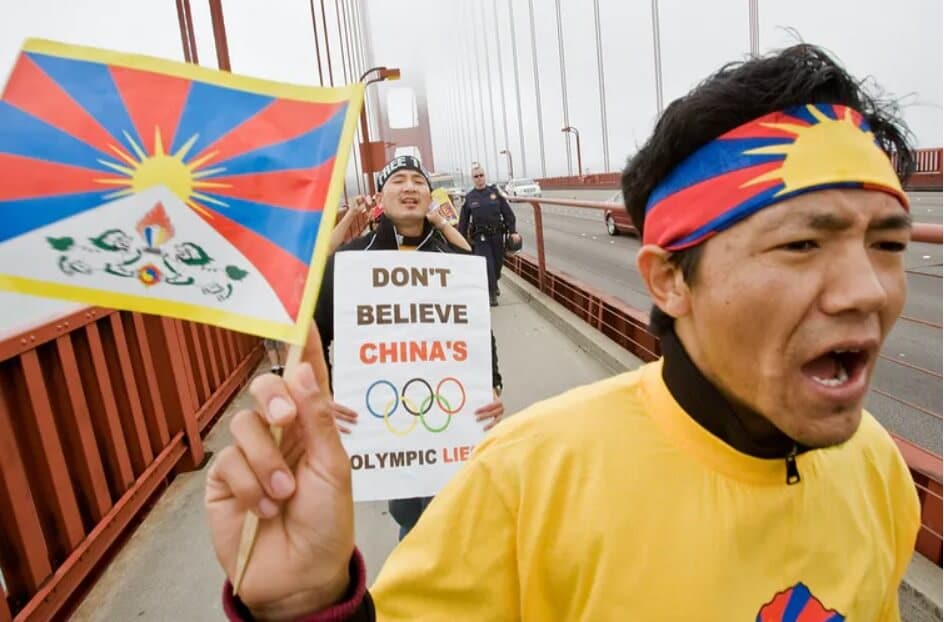 China spent billions to construct the sites for the events and it will use untold millions of gallons of water to manufacture artificial snow for the skiing competitions. Winter is the dry season in Beijing, and snowfall is rare despite the very cold temperatures.

The costs may produce some grumbling by environmentally and fiscally concerned Chinese which will quickly be suppressed. And if the Chinese team performs well, these complaints may be seen as unpatriotic.

For Xi Jinping and the rest of Chinese leadership, the gains of the Olympics are immediate, and the costs are diffuse and longer-term. In the end they will – through propaganda and the suppression of dissent – tell a story of triumph to their domestic audience, which makes holding the Olympic Games useful for their political purposes.

This article was originally published in The Conversation on 2 February 2022. It can be accessed here: https://theconversation.com/beijing-olympics-may-get-points-for-boosting-chinas-international-reputation-but-games-are-definitely-gold-for-xi-jinpings-standing-at-home-176120

David Bachman is the Henry M. Jackson Professor of International Studies. He was chair of the China Studies Program from 1992-2003 and Associate Director of the Jackson School from 2000-2001 and 2003-2010. His research and teaching interests are Chinese Domestic and Foreign Policy, International Political Economy, Asian Politics, International Relations, and U.S. – China Relations.