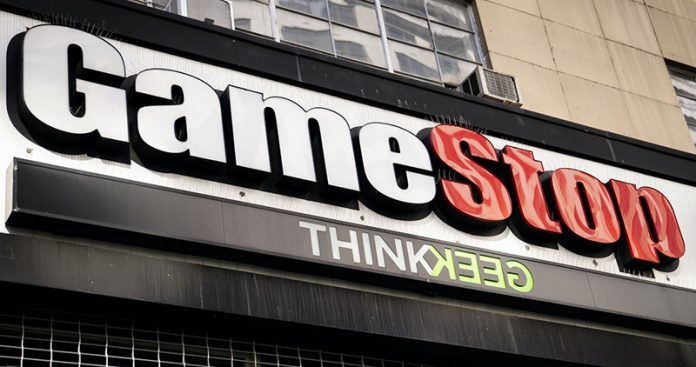 GameStop stock resumed its dramatic ascent after a popular online broker said it would lift restrictions on trading its shares. In recent days, frenzied activity in the video game retailer’s stock led the New York Stock Exchange to briefly halt trading multiple times, while Robinhood and other brokers restricted purchases of GameStop. That prompted outrage among some lawmakers and investors, leading to calls for investigations in Washington. Jena Martin, a law professor who studies securities regulation, explains what’s going on, why trading is sometimes restricted and how to tell if it’s a sign of any funny business.

1. What prompts trading in a stock to be halted?

Typically, there are two reasons that an exchange might stop trading in a stock. The first occurs when an exchange – often at a company’s request – halts trading in that stock for a big announcement, such as a merger or a product recall. This gives investors time to absorb the news before trading resumes.

A second reason is when trading in a stock becomes exceptionally volatile – that is, it moves higher or lower quickly and unpredictably, especially when there is no news coming from the company that would explain the change. This halt usually happens automatically, such as if a stock jumps or plunges by a certain percentage within five minutes. That’s why shares of the Grapevine, Texas-based company GameStop stopped trading several times on Jan. 27 and 28, but the halts lasted only a few minutes at a time.

The more controversial issue came after several brokers, including Robinhood, Ameritrade and Charles Schwab, restricted trading of GameStop and a few other stocks on their platforms. They said they had to do this to reduce their risk. Brokerages are required by the Securities and Exchange Commission to have enough cash on hand to cover a certain percentage of trades on their platform. When stock volatility is high, it drives up how much capital they need.

2. How common are these types of trade restrictions?

Trading halts by stock exchanges happen fairly regularly, but they’re rarely a big deal. The last time a NYSE trading halt of a specific stock garnered this much attention came when Lehman Brothers went bankrupt in 2008.

It’s very rare, however, for brokers to suspend trading in a specific stock. I can’t remember that ever happening, and I’ve been closely following the market for 20 years – including five at the SEC.

3. Does a halt in trading mean something fishy is going on?

Extreme volatility in a stock is seen as a sign of suspicious activity in the market, and may trigger an SEC investigation.

In the case of GameStop, the saga started when a band of retail investors on the WallStreetBets Reddit forum decided to gang up on the institutional investors they see as having too much power over the market. They noticed that hedge funds and other professional traders were betting that shares of GameStop would go down – known as shorting a stock – and so they teamed up to drive its share price higher. This “short squeeze” helped drive GameStop’s share price up tenfold in a matter of weeks, causing some professional investors to lose billions of dollars.

This type of trading – both the shorting and the squeezing – is often known as speculation, because it has nothing to do with the fundamental value of a company. Speculation is legal – although very risky – but it can cross the line into illegal behavior if there’s evidence of actual market manipulation.

4. All right then, what’s market manipulation?

According to the laws that govern the stock market, market manipulation happens when someone tries to create excitement and activity in a particular stock specifically to entice people to buy that stock, which is intended to drive up the price.

If those same initial investors then sell the stock at the heightened price, regulators get suspicious. They become concerned that said investors were just trying to create a frenzy in the market to artificially inflate the value of the stock so they can sell it at its new high price. The SEC accused a unit of Citigroup of doing this during the financial crisis when it hyped the price of a financial product tied to the housing market in an effort to unload it at an inflated price.

This is known as a “pump-and-dump” scheme, and some allege this is exactly what the redditor investors were doing.

We don’t know yet if the SEC is looking into whether that’s what is happening here, though the regulator has indicated it’s “monitoring” the situation closely. The SEC, as the primary regulator of the stock market, is responsible for enforcing the securities laws.

To determine whether GameStop investors were involved in a pump-and-dump scheme, SEC investigators would check into their trading activity and collect other evidence to try to figure whether these investors were “trying to create a false or misleading appearance of active trading.” In addition, any evidence that individuals had made false statements to help drive the stock price up would be considered fraud. This would be particularly damning.

Robinhood and a few other brokers said they will resume allowing “limited” buying of GameStop after lawmakers including U.S. Rep. Alexandria Ocasio-Cortez and Sen. Ted Cruz attacked them for restricting trades.

But some officials – such as the top securities regulator in Massachusetts – are worried the frenzied trading in GameStop represents a broader risk to the U.S. equities market and are urging the SEC to step in and halt trading for as long as a month. The SEC does has the power to halt trading, but that is a nuclear option that the SEC uses only if it’s concerned about issues within the company itself. Were it to do that, it would be pretty clear it thinks some funny business is going on.

Professor Jena Martin is a Professor of Law and the Associate Dean for Innovation & Global Development. She teaches in the areas of business and securities regulation. After practicing for a number of years at the litigation firm of Ross, Dixon & Bell, she joined the United States Securities & Exchange Commission’s Division of Enforcement.

Professor Martin left the SEC in 2005 to obtain her LL.M. at the University of Texas Law School in the area of international law, with a focus on human rights. Upon graduation, Martin returned to the Washington D.C. area where she consulted for Bloomberg L.P. while doing pro bono work for the RFK Memorial Center for Human Rights. Her current scholarship is in the burgeoning academic field of business and human rights issues. She also writes extensively on securities regulation and disclosure.