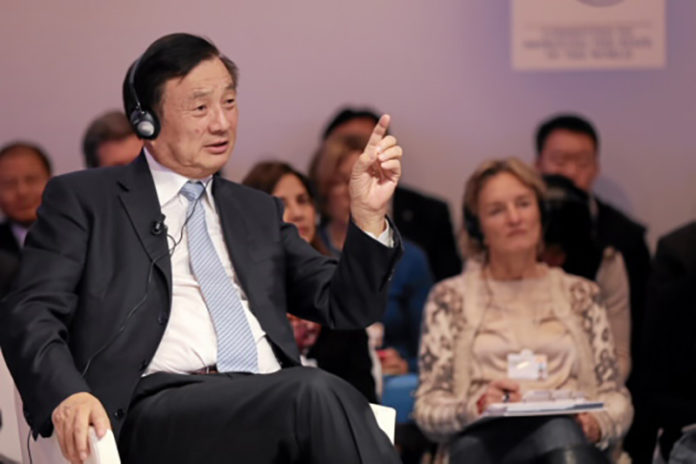 Business leaders face a plethora of challenges and one of those is finding the leadership approach that would benefit the company and its employees. In this article, the authors elaborate on how the right amount of democracy, mixed with the right amount of centralisation, makes an efficient leadership strategy and how it is embodied by Chinese telecom giant, Huawei.

Since the outbreak of the financial crisis, an abundance of debates are being held to discuss the type of leadership that is needed to organise and direct financial institutes to incorporate the interests of all stakeholders available (and not only the interests of the shareholders). In the last few years, these debates about leadership effectiveness in financial institutes has been extended to organisational leadership in other industries (e.g. automobile industry) but also into the political arena as a result of the surprising outcomes of the 2016 US presidential election and the Brexit referendum in the UK. All these leadership debates have one thing in common and this is whether democracy as a decision-making tool has reached its limits and whether centralised power is needed more. With more centralised decision-making fear, however, exists that the social glue that binds societies and organisations together will be lost. These debates thus have important implications on how organisations nowadays can create a strong basis of belongingness for its employees, but at the same time achieve the most optimal balance between being a democratic versus a centralised decision-making authority.

In a time where financial resources are scarce, a shift has emerged in which employees’ motivation needs to be enhanced more by relational means such as making employees feel that they are valued and inclusive organisational members.

Current discussions on the importance of employees feeling that they belong to the organisation are motivated by the desire to bring back more humanity to the work place. In a time where financial resources are scarce, a shift has emerged in which employees’ motivation needs to be enhanced more by relational means such as making employees feel that they are valued and inclusive organisational members. Specifically, leadership is increasingly being recognised as an organisational element that contributes significantly to the identity of employees, and preferably so in ways that both the weaknesses and strengths of those employees are accepted and worked with by their leaders (i.e. a focus on compassionate leadership). This view point is somewhat different than how organisations have usually thought about the influence that leaders can exert. The influence of a leader is usually recognised as primarily having decision power over how to distribute valued and tangible (financial) outcomes. The limitations of looking at leadership effectiveness in terms of tangible outcome distributions are that (a) it associates leadership too much with the notion of power and (b) introduces too often a win-lose situation for the employees involved. Both the issues of defining relationships in terms of power and win-lose allocation decisions do not contribute to belongingness feelings but rather create feelings of exclusion.

A Common Leadership Challenge in East and West?

Today, it seems that this traditional viewpoint on leadership may move centre stage again, especially in light of the debate whether democratic decision-making systems have to be sacrificed for more centralised ones. Critics do point out that if this would happen an emphasis on centralisation will undermine belongingness feelings and therefore present a threat to leadership effectiveness. Important to note is that this debate is not only happening in the Western world, but a largely similar debate seems to be taking place in Asia, and more specifically China. China is transforming its economy into a more service-oriented one and this type of transformation implies that innovation is becoming a key competitive asset and in order to facilitate this process companies need to know what they stand for. They need to create organisational cultures in which employees feel that they belong so that they can represent the values of their company and where needed voice suggestions, opinions and improvements for the welfare of the organisation. From the perspective of the value “harmony”, as postulated by the Chinese philosopher, teacher and politician Confucius, installing a feeling of belongingness among employees should not necessarily be a problem. A potential problem, however, may be that belongingness in Chinese philosophical tradition goes together with a strong respect for hierarchy and authority. And, it is this latter value that makes that belongingness and voicing opinions – as is known in the democracy model – do not necessarily go together in Chinese business settings. In fact, because hierarchy is so important, decision-making is centralised, leaving little room for discussing opposing views with the aim to change the system if the environment requires it.1 Put differently, a strong focus on respecting (and actually maintaining) hierarchy in the strict sense installs a culture where there is little transparency and conflicts of interest may easily grow underneath the surface. In light of this consequence, it may therefore maybe be no surprise that Chinese president Xi Jinping has recently asked State Owned Enterprise (SOEs) to improve significantly on their governance by making decision-makers more accountable and enhancing cooperation with private companies to bolster innovation.

In a way, because of economic needs (i.e. the service-oriented economy), in China the centralised decision-making model may need more democracy by building voice cultures. So far, it thus seems clear that in both East and West, the ultimate challenge today is to promote feelings of belongingness among their employees, whereas at the same time find the appropriate level of decision-making power, which asks for some level centralisation. The reason for this is that in an ever changing global economy, companies need to be built on inclusive cultures that create shared values by means of voice (i.e. democracy) whereas at the same time being able to make decisions quickly (i.e. centralisation) without being slowed down too much by enduring discussions. What kind of leadership is needed to achieve such balance?

David De Cremer is the KPMG Professor of Management Studies at the Judge Business School, University of Cambridge, UK, where he heads the Department of Organisational Leadership and Decision-Making. He is the author of the book Pro-active Leadership: How to overcome procrastination and be a bold decision-maker (2013) and co-author of “Huawei: Leadership, culture and connectivity” (2017).

Tian Tao is Co-Director of Ruihua Innovative Management Research Institute at Zhejiang University. He is also the author of the book “Huawei: Leadership, culture and connectivity” (2017) and Founder and Editor in Chief of Top Capital magazine.