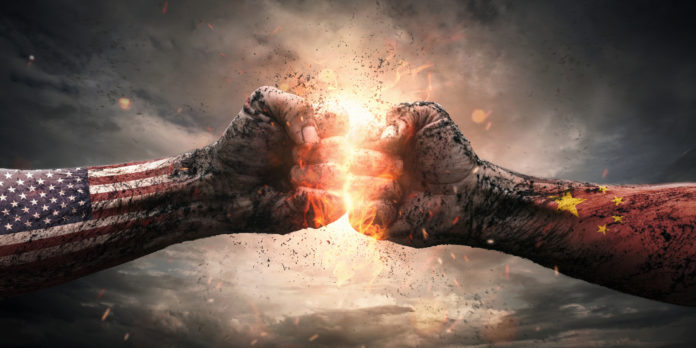 Once the all-encompassing chittering and chattering about tariffs on Chinese imports by the western corporate media subsided, Trump, egocentric businessman rather than the President of the Empire, “out of the blue”, one could almost say, under the pretext of ‘unfair’ Chinese trading, launches a new ferocious and as usual totally illegal campaign of aggression against China’s fast-growing economy. It’s an illicit campaign against Chinese competition, against Chinese unstoppable growth. It’s a tacit recognition of China’s emerging supremacy which the United States can only confront with fraud, deceit and illegal activities. And this only as long as Washington controls the western monetary system. This won’t be for much longer.

It’s an aggression against leading Chinese businesses and against China’s embracing a policy of a multi-polar world – through connection of entire continents, countries, cultures, joint research, education and agricultural, as well as industrial development – through transport lines, equal trade, respect for each other and recognition of people’s and countries’ comparative advantages by technical knowhow and bestowed by nature. It’s based on fair and equal interchanges. It’s the multi-trillion-yuan Belt and Road Initiative (BRI), also called the New Silk Road; an initiative launched in 2013 by President Xi Jinping during an official visit to Indonesia and Kazakhstan.