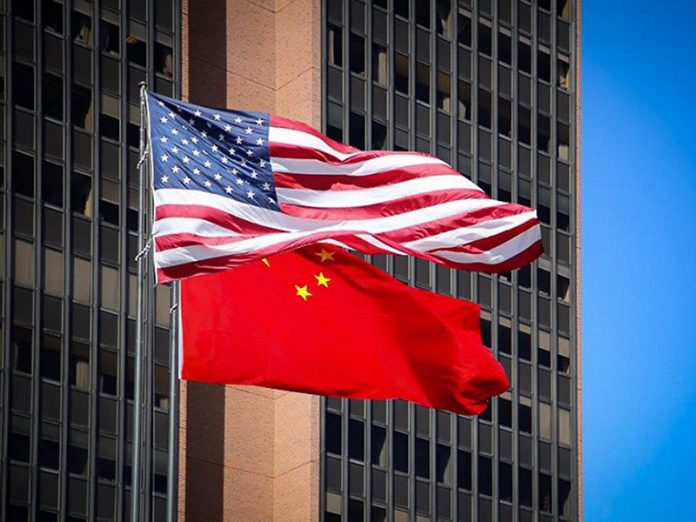 After four years of US-Sino tensions, the Biden administration could speed up US recovery, while restoring bilateral trust with China. That would foster global economic prospects. The reverse would undermine those prospects.

In the United States, the third wave of the COVID-19 peaked with 250,000 confirmed cases daily after the holiday period. Following the catastrophic mishandling of the pandemic by the Trump administration, total cases are approaching 27 million and the 440,000 deaths exceed US military fatalities in World War II.

After effective containment, confirmed cases in China remain below 90,000. With the Spring Festival holidays just days away, recent resurgences have renewed concerns about outbreaks and people have been urged to avoid travels during holidays. Despite some unease, public-health authorities believe a major outbreak is unlikely.

The key question is will China’s recovery prevail amid the dire global landscape and will US recovery begin later in the year. Due to the great size of the two economies, the former is vital to many emerging and developing countries, while the latter is critical to major advanced economies.

Both require restoring US-Sino trust after years of devastation.

US: growth in return for debt

In the past year, US economy suffered a -3.5% contraction, despite ultra-low interest rates, low inflation, weak dollar and huge fiscal injections.

The CARES Act has kept economy humming between the lockdowns. However, exports have contracted. Industrial production has begun to recover, but even more slowly than consumption. Last November, US trade deficit in goods jumped to record high. Better days won’t return before a critical mass of vaccinations, around the 3rd quarter of the year.

Here’s the caveat: The consumption-led recovery is leveraged to the hilt, relying on costly stimuli and rapidly-rising debt. In the past four years, US national debt has soared to more than $28 trillion, which puts US federal debt-to-GDP ratio at 128%.

How will the Democrats cope with the debt burden?

Instead of focusing on the size of US debt, says Jason Furman, President Obama’s former lead economic adviser, “policymakers should assess fiscal capacity in terms of real interest payments, ensuring they remain comfortably below 2 percent of GDP.” That would ensure adequate fiscal support and needed public investments, while maintaining a sustainable public debt.

As a share of GDP, the cost of servicing US debt has fallen since 2000, even as federal debt has increased. Low interest rates make it easier to pay off debts. However, deficits will more than double from 2010-19 to 10.9% percent of GDP in 2041-50, according to the nonpartisan Congressional Budget Office. By 2050, debt as a percentage of GDP will amount close to 200% of the GDP, as net spending for interest as a share of GDP could quadruple over 2031-50.

In 2020, China’s real GDP growth of 2.3 percent exceeded expectations. It was the only major economy to avoid negative economic growth. The performance relied on fiscal and monetary support, but as recovery is accelerating, monetary easing no longer seems warranted.

Although consumption is still constrained, investment is likely to be buoyed by government-financed infrastructure projects and solid performance in the property market. In November, the indexes for manufacturing, service, trade and consumption were encouraging, while growth in the 4th quarter of last year rose to 6.5 percent year-on-year as consumers returned to malls, restaurants and cinemas.

Thanks to across-the-board recovery, the yuan has surged in strength against the US dollar and other major currencies.

Despite US-Sino tensions, foreign companies continue to pour money into China, thanks to the new foreign investment law to further open up the economy. In real terms, inbound foreign direct investment hit a record high of $144 billion in 2020.

The impressive increase in China’s exports pushed the trade surplus to a record high in December, with soaring demand for medical equipment to fight the pandemic. Thanks to the effective containment of the epidemic in the 2nd quarter 2020, Chinese factories could respond to the global demand for such products, while other countries struggled with quarantines and lockdowns.

Importantly, the integration of the Chinese financial market with the global financial markets has accelerated, thanks to China’s regulatory reforms have. Consequently, foreign ownership of onshore Chinese stocks and bonds is likely to increase in 2021.

From Cold War to partners and rivals

After decades of US-Sino progress, Trump let high-level dialogues crumble in economic, law enforcement, and cultural affairs as well as diplomatic and security relations. These multi-level dialogues should be restored to foster strategic trust that took four decades to build and four years to kill.

After the Phase-I deal, China was obliged to buy $200 billion in additional US imports over two years on top of pre-trade war purchase levels. That was impossible amid Trump protectionism and global pandemic. What is needed is a reset to re-build a new appropriate path of dialogue in bilateral trade and advanced technology.

Despite political differences, US-China military exchanges used to feature high-level visits, exchanges between defense officials, and functional interactions. As these engagements fell by two-thirds in the Trump era, bilateral tensions have surged in South and East China Sea and a major conflict may be just a matter of time. What’s needed is a restart in military dialogues, at all levels and in all arenas.

China fueling over a third of global growth prospects

This year China’s economic growth is expected to rise further to 7 to 8 percent, followed by stabilization to 5.5% in 2022. Rapid recovery has brought Chinese economy closer to the US economic output, which it could surpass by the late 2020s.

Assuming the Biden administration can avoid new economic and pandemic pitfalls, US growth could rise to 5.0 percent, followed by stabilization to 2.2 percent in 2022.

The question is whether the Biden administration will opt for a cooperative scenario, which would result in some tariffs, moderated protectionism and efforts to avoid redundant conflicts, which would facilitate US recovery and global economic prospects. A reverse scenario would push those very same prospects back to the edge of global depression.

In December, the Organization for Economic Co-operation and Development (OECD) forecast that global GDP will reach the pre-pandemic level by the end of 2021. In this view, China will account for over a third of world economic expansion.

That contribution is critical to global economy.

Dr. Dan Steinbock is an internationally recognized strategist of the multipolar world and the founder of Difference Group. He has served at the India, China and America Institute (USA), Shanghai Institutes for International Studies (China) and the EU Center (Singapore). For more, see https://www.differencegroup.net .

The commentary was released by China-US Focus on Feb. 8, 2021