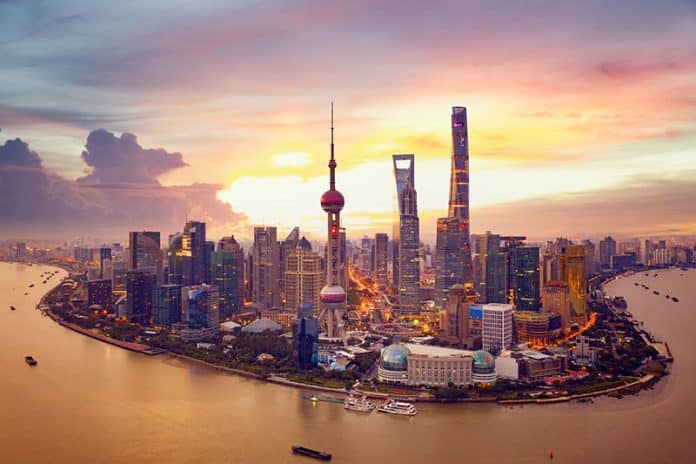 Amid the restructuring of the global order that has been accelerated by Russia’s invasion of Ukraine, the evolving position of China had been lost in the fog of war. The heads of the UK’s security service (MI5) and US Federal Bureau of Investigation sought to disperse this fog with a rare joint press conference warning of the “immense threat” from China.

Public speeches by heads of intelligence services are not as rare as they once were, but they are uncommon. The optics of a shared public platform was to underline the magnitude of the importance of the message. So, what is the realistic threat from China and how should we interpret it?

The MI5 director general Ken McCallum said in the briefing that they are now dealing with seven times the number of investigations involving China compared to 2018. He said: “The most game-changing challenge we face comes from the Chinese Communist Party. It’s covertly applying pressure across the globe.” Similarly, the warning issued about theft of intellectual property and influence in key western elections are hot button issues. But the real question of interest is: why are we being asked to particularly worry now?

With all of these threats we could substitute Russia for China. Some of the magnitude and intensities would change but the activities are all drawn from broadly the same playbook. The significant thing that these intelligence heads are saying is: do not repeat the same mistakes with China that were made with Russia.

The superficial seduction of easy money (in terms of credit and inward investment) and cheap goods are challenges that might not be responded to robustly, because on their own they do not warrant a serious response. But when they are considered as part of a bigger picture they can amount to a serious threat to our security, our politics and our economic strength. European countries, such as Germany, were sucked into deep relationships with Russia over gas and are now struggling to extract themselves. China can offer similar enticements, but they should be weighed up carefully.

For China, the invasion of Ukraine has provided substantial intelligence about how the west would respond militarily, economically and politically to a Chinese invasion of Taiwan: they know that the western response will entail a large package of sanctions, cyber operations against key infrastructure and assets and direct military support, aligned with efforts to ostracise any invaders internationally. Chinese mitigation can now be built into those military plans.

Putin delayed the invasion of Ukraine until after the Winter Olympics in February 2022 as part of a presumed acquiescence to Chinese premier Xi Jinping. In allowing the invasion of Ukraine, China made Russia more dependent upon it, and has enabled the EU to volunteer to have the millstone of a Marshall Plan for Ukraine placed around its neck. While Russia is weakened, China may regain its economic power in Ukraine, with potential to economically exploit the reconstruction.

The types of threat presented to the US and UK from China are not necessarily novel, but they have become more serious. There is a territorial threat to the contested island of Taiwan – strategically important because of the west’s commitment to its independence, and Taiwan’s place as the most important source of computer chips in the world.

There is a potential military threat to Japan  and South Korea – from a steady build-up of naval forces and persistent military exercises in their waters – who are important western allies sitting under the western security umbrella. This vulnerability had prompted the then Japanese PM, the late Shinzo Abe, to move Japan away from its demilitarised status and towards a form of rearmament.

Similarly, Australia has become increasingly concerned  about Chinese military activities in its nearby waters, and has sought closer cooperation with its “five eyes” intelligence partners (US,UK, New Zealand, Australia and Canada) to combat the threats it faces.

China has sought to advance its soft power influence in Africa and the Pacific through the use of its considerable sovereign wealth and its ability to suppress the price of consumer goods. Creating an additional supply of consumer goods stimulates increased personal debt. Meanwhile, part of the recent debate in security circles about the place of electronics giant Huawei in western communications networks, was a fear that allowing a Chinese manufacturer into these communications networks allowed Chinese security agencies a backdoor into routine and sensitive western communications.

So far, so normal, but the added dimension is that China is currently the runaway leader in the global race to develop and deploy artificial intelligence to make sense of large datasets: the risk is that the Chinese military and security agencies understand our populations and our vulnerabilities better than we do.

Lack of knowledge about China

Additionally, China has sought to advance its influence through projecting itself into the intellectual space, funding research activities and institutes in the west and sending very large numbers of university-age students to western universities. Chinese-funded research institutes, for instance, can be used as a vehicle for Chinese influencing operations and restrict or censor topics or areas of work. This has formed a contested part of academic discussion for several years, and has become a rather toxic debate: MI5’s public intervention on this might actually be helpful to those who have seen themselves as whistleblowers.

The size of the Chinese postgraduate student market has made western universities peculiarly dependent upon this income stream, but has also had the effect of providing a level of exposure and experience to Chinese students of how the west works, and who is likely to form the future leadership cadres in politics and industry. In comparison, the vast majority of British and US citizens have neither been to China nor speak any of the Chinese dialects. This poses a current and future challenge in understanding how to deal with China, or how to best tackle any form of conflict with them.

The real winners of the invasion of Ukraine are not likely to be Russian, even if it’s their flag that is raised in the Donbas and elsewhere. It will be the Chinese government who has stood back and seen its rivals spending considerable economic and military fortunes on a small and nasty war in Ukraine, while it has accelerated its own influencing operations in the west. This is what has spooked the intelligence heads, and that is why they are calling for the world to pay attention.

This article was originally published in The Conversation on 13 July 2022. It can be accessed here: https://theconversation.com/ukraine-conflict-how-china-could-follow-russias-playbook-to-increase-its-own-powers-186673

Robert M. Dover specializes in intelligence and security, and have worked across politics, international relations and business. He has written previously for the European Parliament on financial tools as a means of exerting political power. His research interests include defence and security, intelligence (trade craft and assessments), technological disruption, disinformation and hybrid conflicts.