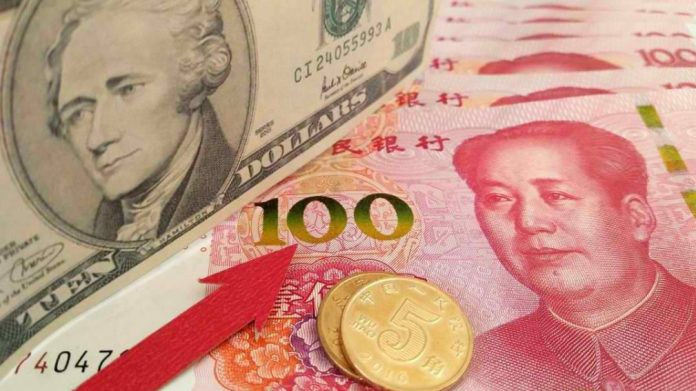 Because of the increasingly complicated worldwide geopolitical issues, as well as the economic and financial repercussions, the RMB exchange rate has gradually increased since the second half of last year. Even with the U.S. Dollar index breaking above 97 highs, the renminbi yuan maintained a stable and upward trend against the U.S. dollar. The interest of market institutions and researchers is piqued while this pattern is shifting between the RMB and the USD. Some financial media outlets, notably Nikkei, have highlighted the yuan’s growing status as a reserve currency in Asia.

From the dynamic trends of the U.S. Dollar index and the RMB exchange rate, the out-of-sync pattern between the two has been apparent since last year. With the prospect of U.S. interest rate rises and the Ukraine situation affecting currencies throughout developing nations, the Chinese yuan against the US dollar is now at a 4-year record high. Principally, the following fundamental factors are the cause behind the continuous appreciation of the RMB exchange rate:

(1) An increased demand for short-term RMB settlement; (2) A rise in the purchase of RMB assets by foreign capital, (3) A growth in China’s foreign exports; and (4) A upswing in China’s foreign exchange reserve. In the recent turbulence in the international market, the yuan has experienced a short-term appreciation. Unlike in the past, this signs that China’ yuan is shifting away from its link to US dollar.

Figure: Changes in the exchange rate between the U.S. Dollar index and the offshore RMB

This adjustment in the yuan-dollar exchange rate demonstrates that China’s yuan, as a geo-currency, is becoming independent and risk-hedging. Typically, at critical periods like during wars, there would be a sell-off against higher-risk currencies from emerging markets. Capital fund, in turn, would flow to the reserve currencies like U.S. Dollar and Swiss Franc. Additionally, in the wake of the Federal and the European Central Bank preparing to tighten their monetary policies, those emerging markets’ currencies, including the yuan, could likely have depreciated. This perception, however, has not been in effect. The deterioration in Ukraine, which caused the depreciation of the Euro and the appreciation of the U.S. dollar, did not cause the yuan to encounter a sell-off. On the contrary, China’s yuan emerges as a safe-haven currency. When the conflict between Russia and Ukraine broke out, the yuan incurred a further appreciation not seen in years.

It is not enough for analysis to explain the above situation from the perspectives of the existing capital flows and trade demands. Economists at ANBOUND discussed the endogenous growth of China’s economy and its difference in nature with major economies including the United States and Europe that are responsible for the sovereignty pattern of the RMB at a deeper level. On the one hand, internal circulation working, China’s economy has demonstrated a different trend from other major economies during the Covid-19 pandemic. On the other hand, unlike the practice of quantitative easing in Europe and the United States, China adopts a relatively independent monetary policy, making the yuan’s value comparably steady and keeping inflation from a continuous rise. It can distinguish in economic structure and monetary policy, which are the main factors for the yuan’s independence. As a result of foreign investors’ preference for the yuan, it is capable of risk diversification.

At this moment, ANBOUND warns of a need for a rational analysis against the yuan’s appreciation. Investors shall not be overly optimistic when the yuan appreciates, do not panic, and feel pessimistic when yuan depreciates. Europe and United States imposed financial sanctions against Russia that would largely be likely for markets to opt for RMB in trade settlements to avoid risks. The subsequent rise in the demand for RMB currency would nurture a positive environment to frame the RMB as a solid geo-currency. However, China should be aware of the influence of the future geopolitical conflicts on the RMB as a geo-currency. With the widening gap between China and the U.S. monetary policies, the tightening policies of the Federal Reserve and the trend of the U.S. economy might cause some impacts on the RMB exchange rate. The yuan might undergo somewhat callback adjustments, given its ties with the U.S. dollar.

The evolution of monetary influences requires the right timing and fortuity. Russia has been excluded from the international clearing and settlement system, under the economic and financial sanctions by the Western developed countries. This could be such a great opportunity for the yuan to widen its application fields. Moreover, the advancement and continual maturity of the digital RMB pilot create potentials for its internationalization. China would grasp historic opportunities to expand its currency used in markets. ANBOUND’s researchers are of the view that China would have to gradually enhance the international use of the RMB in accordance with the concept of geo-currency. The enlargement in the scale of the yuan’s market could serve for risk diversification.

Researchers from ANBOUND also noted that the scales of the China economy and national currency play a fundamental role in supporting the yuan. When the RMB gains strength, its dignity may be compelling. This condition is clearly reflected in the progress of the dollar, the Euro, and the Japanese Yen. Instead of focusing too much on the short-term technical benefits, China needs to think big with the RMB currency. To maintain the stability of the yuan’s exchange rate is as the main policy for economic stabilization and external risk prevention. Adhering to the development model of “building high walls and accumulating grain”, the nation gradually enriches the yuan’s value and strength. Only when the economy, trade, and investment achieve at a considerable scale, the independence and stability of RMB could be further manifested as a unique geo-currency. This not only allows the yuan to preserve its international economic and financial competitiveness but also contributes to the cohesion and growth of the Chinese economy itself.

This is first published at Anbound.

Wei Hongxu – A researcher at ANBOUND, graduated from the School of Mathematics at Peking University and has a PhD in economics from the University of Birmingham, UK.