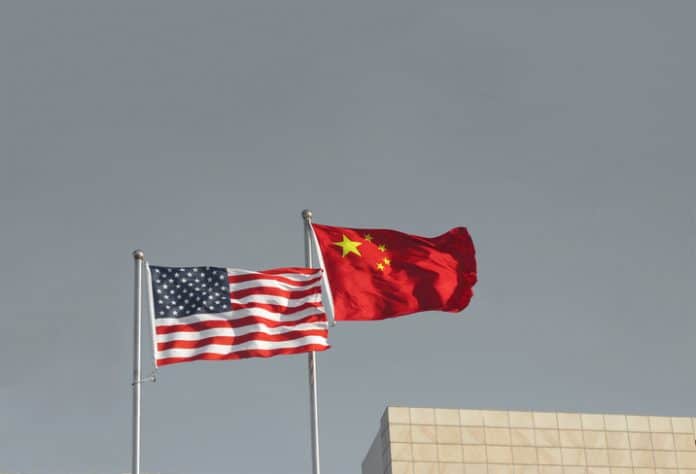 In 2020, with the signing of the Phase One trade deal that called for China to increase purchases of U.S. goods and services by $200 billion over a two-year period, President Trump declared victory. The truth is more complicated. While the U.S. has inflicted short-term damage to the Chinese economy, there likely will never be a definitive winner in the U.S.-China trade war that began under Trump. But there is already a clear loser: We the Consumers.

Unfortunately, all of those targets survived the Phase One deal. As Jack Gao, program economist at the New York-based Institute of New Economic Thinking, told me, “Trump started the trade war with China in the hope of changing China’s economic practice and behaviors towards a trajectory favorable to America. That has certainly not happened.” Moreover, China has yet to buy any of those extra $200 billion in goods and services.

Small Victories for the US

To be sure, there have been minor wins for the U.S. In the aftermath of Trump’s saber-rattling, China has lightened up on its controls over foreign corporations. For example, Tesla and J.P. Morgan respectively became the first foreign automotive and finance companies to open fully-owned subsidiaries in China.

As a close observer of the Chinese economy, I’m seeing more market access being given to foreign companies in the insurance, film entertainment and high-tech industries. I was pleasantly surprised when some foreign enterprises were not required to form joint ventures or “trade” intellectual property for market access.  Wow, I thought to myself during business talks. Trump really did make a difference.

Kenneth Rapoza, a senior contributor to Forbes who has covered China since 2011, also feels the U.S. has garnered some modest victories. “If you measure success by reshoring of manufacturing, then I would give the edge to the U.S.”

Rapoza referred to the Coalition for a Prosperous America’s Reshoring Index, a measure of U.S. producers’ share of the U.S. domestic market for manufactured goods. The index showed small upticks in 2019 and 2020 as U.S. companies looked to reshore in the wake of the trade war.

Yet the number of companies that actually moved production “back” to the U.S. was not nearly what Trump was hoping for. Most went elsewhere, to places like Mexico, Malaysia, Indonesia and Vietnam.

In the eyes of geopolitical analysts, Vietnam especially has benefitted from the trade war. Anecdotally, I’ve witnessed dozens of Chinese manufacturers move to Vietnam to avoid the Trump tariffs. According to the global consulting firm Kearney, Vietnam’s exports to the U.S. have increased by $50 billion since 2018. Moody’s Analytics estimates that Vietnam’s electronics shipments comprise 46% of total exports to the U.S., a threefold increase since 2018.

Vietnam’s gain, says Rapoza, is also a plus for the U.S. “Any company that leaves China, even if it’s to Southeast Asia, is a negative for the Chinese economy and the Chinese people.”

A Few Wounds for China

One of Trump’s unofficial trade war objectives was to inflict pain on China’s economy. Here, too, he can claim some wins. By labeling Huawei as a security threat, Trump strangled the world’s largest telecommunications hardware provider and China’s flagship enterprise. Huawei is now cut off from the American market and access to critical U.S. technologies. The Trump administration was also successful in convincing countries like Italy, Canada, Sweden, Norway and the U.K. either to ban or restrict the use of Huawei hardware in their 5G systems upgrades. According to International Data Corporation, Huawei’s international shipments of mobile handsets dropped by over 40% in 2020 from a year earlier.

Another blacklisted company, the Commercial Aircraft Corporation of China, or Comac, also faces possible extinction. Comac, which is in the final stages of flight testing its commercial aircraft, the C919, had been touted as the next competitor to Boeing and Airbus.

As a consultant back in the early 2000s, I took many aircraft suppliers to solicit Comac’s business. Beijing extolled the company’s potential and deemed aviation a top industrial goal, alongside space exploration, healthcare and artificial intelligence.

The pressure that Comac’s top management faced as leaders of a showcase company was palpable when we negotiated joint ventures; there were nearly unattainable time schedules and lofty technical specifications. For us, it was just about money. For them, it was about patriotism and making China great.

If the Biden administration maintains the blacklisting of Comac, it will surely fail and so will the hopes and dreams of dozens of Chinese companies that support Comac. This truly would be a national disaster.

We also must remember that U.S. companies like Raytheon Technologies, Honeywell and B/E Aerospace (now Collins Aerospace) used to work hand in hand with Comac. They stand to lose billions in revenues and profits, and with them thousands of jobs. This is one of many ways in which there is never a clear-cut winner in international trade wars.

As the global economy lurches toward stagflation, though, we can identify the clear losers in the U.S.-China trade war: consumers everywhere. In the U.S., this includes myself and the millions of others who purchase Nike sneakers, Apple iPhones and Whirlpool appliances.

The world is facing 7-10% inflation this year. Much of that can be blamed on factors that have nothing to do with the U.S.-China trade war: Russia’s invasion of Ukraine, the COVID-19 pandemic, and the Federal Reserve’s loose monetary policies. After the dust settles, when we’re still grappling with inflation in the 4-6% range, we can blame that squarely on the trade war.

James Zimmerman, a Beijing-based lawyer and the former chairman of the American Chamber of Commerce, believes that tariffs on Chinese goods will be with us for a long time to come. “Given that a ‘tough on China’ approach has bipartisan support, no one wants to pull back at the risk of being viewed as pandering to Beijing. Ending the tariffs will take time and political finesse.” That dynamic, coupled with the ongoing hunger of China’s growing middle class for more consumer goods, means the days of cheap China goods are a thing of the past.

Hope for a Trade Rapprochement?

I hope I’m wrong. I hope the trade war simmers down and we can have civility between the two countries. But hope isn’t a strategy.

A more temperate climate will return only when both the U.S. and China realize that trade wars aren’t winnable and that neither side desires actual war. Good things can only happen when both sides recognize that, even if they are likely to remain rivals, they cannot afford to be enemies. Until then, however, I’m stocking up on Nike sneakers for my family of four.

Stanley Chao is the author of “Selling to Chao: A Guide for Small and Medium-Sized Businesses,” and managing director of All In Consulting, assisting companies that do business in China.  He has lived and worked in China for over 25 years. Please follow Chao on Twitter @stanleychao6.