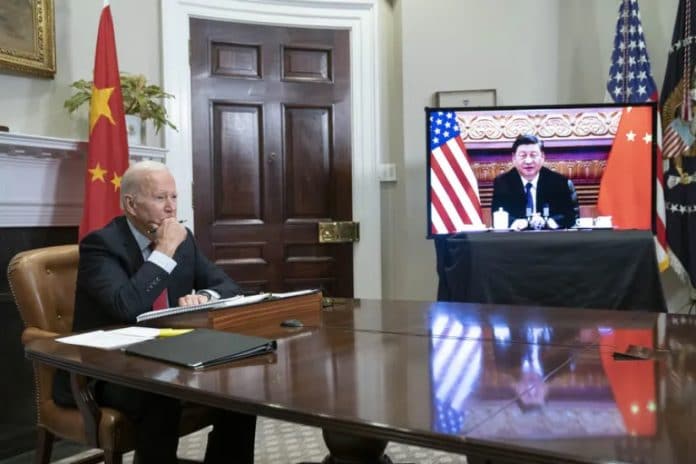 It was “the week that changed the world”. On February 21 1972, Chinese leader Mao Zedong and US president Richard Nixon met in Beijing to reset their countries’ relations, which had been frozen for the previous two decades.

China needed protection from the USSR. Washington was keen to gain a new heavyweight partner to counter Moscow. But the US’s long-term objective was to bring the most populous country into a rising global economic order. Strategic interests of the two great powers were as aligned at the time as they clash nowadays.

The Nixon-Mao meeting was just the beginning of a durable, stable relationship. A few years after Nixon’s China trip, “normalisation” was achieved by Jimmy Carter and Deng Xiaoping, and the US finally moved its embassy from Taiwan to Beijing.

The relationship has since survived two crucial passages. First, it made it through the administration of Ronald Reagan from 1980 to 1988. This was characterised by spirited support for Taiwan, which in the early days meant representatives such as vice-president (and later president), George H W Bush, and the former national security adviser Henry Kissinger had to conduct some diplomacy of reparation.

Most strikingly, the relationship made it through the repression of Tiananmen Square’s protests in 1989. Despite the shock to the world, Bush bypassed what Kissinger described as “the bureaucracy and his own ban on high-level exchanges”, writing a secret letter to Deng addressing him as lao pengyou – old friend – in memory of the years Bush had spent as liaison officer in Beijing.

If the US-China train did not derail, it was because, at the time, the US continued to prioritise economic interests. Indeed, a positive peak was reached during the 1990s. With a passionate speech in March 2000, Bill Clinton sought to convince the US Congress that supporting the PRC’s entry into the World Trade Organisation was the right thing to do for those leaders who believed in “a future of greater openness and freedom for the people of China [and] in a future of greater prosperity for the American people”.

This was enough for a military crisis in the Taiwan Strait in 1995-96 and the US bombing of China’s embassy in Belgrade in 1999 – declared involuntary by the Americans – not to destroy Nixon’s and others’ diplomatic efforts. But this would not last.

China’s defence expenditure was growing fast and when George W Bush started his race to the White House, he described China as “a competitor, not a strategic partner”. Meanwhile, to his secretary of state, Condoleeza Rice, China was a “potential threat”.

The shock of 9/11 and the financial crisis of 2008 meant that structural tensions between the US and China could be hidden under the carpet throughout the 2000s. But Barack Obama’s “pivot to Asia” launched between 2011 and 2012, implemented with more warmongering rhetoric by Donald Trump through his trade offensive, revealed that the world is just too small for two great powers like these, regardless of who the leaders are.

So tensions between the US and the People’s Republic of China (PRC) did not end when Donald Trump left the White House in January 2021. Only two months ago, Joe Biden was inviting the west to join the US in a diplomatic boycott of the Beijing Winter Olympics – a practice unheard of since the cold war.

The current relationship is probably too complex to attach a label to – although clearly the trend is one of diplomatic unravelling. Five decades after the meeting between Nixon and Mao, there are four important lessons to be drawn.

Everything changes more quickly than western strategy-makers believe. Fifty years is a short time in historical perspective, and during this time we have managed to move from a cold war with Russia and the unfreezing of relations with China, to a new type of cold war between the US and China.

Many would admit that economic interdependence means we are in a much better place compared to the cold war years. Yet others might note that during that time there was an equilibrium of power, and diplomacy was able to operate efficiently with necessary agreements. In the case of current US-China relations, instead, we have a clearly declining superpower with a clearly rising economic and military power with a long list of grievances, and the two unable to reach much-needed diplomatic arrangements.

It did spread unevenly. This is a critique to the west’s tendency to see the world on its own terms, but in this lesson there is probably an even harder truth. Conceptions of two competing orders are taking shape. As two China-based scholars, Adam Grydehøj and Ping Su have pointed out,:

One person’s “wolf warrior foreign policy” and “debt trap diplomacy” may be another person’s pursuit of a “harmonious world” and “community of common destiny”.

This truth is hard to digest. On the one hand, the US is seeking to prevent the erosion of the liberal international order through the containment of China and initiatives like Biden’s Build Back Better World (B3W). On the other hand, there are Chinese president Xi Jinping’s “common prosperity” campaign and a grand strategy based on the concept of “harmony”. These reject domestic interference and seek to shape international regimes to suit the PRC’s societal model.

3. There is no US without China, and vice-versa

Both powers’ trajectories have been tied to one another during the past 50 years, at the very least. It is unrealistic to even think of a modern history of China without looking at its relationship with the west, especially during the “century of humiliation”, when China had to watch – and be bossed around by – imperialist nations running the world. The same is true specifically of its relationship with the US, especially since 1972.

The US has learned that the neoliberalism of the 1990s has weakened the country, as production of many strategic goods – such as rare earths and widely used pharmaceuticals – has shifted to China. Few people would admit that such shift was also inspired by the objective success of capitalism with Chinese characteristics.

Yet, if this shift is welcome, the COVID-19 emergency, economic austerity and social turmoil might lead us to copy China and introduce this political-economic model in an illiberal fashion. This is a lesson that we would be better to heed and avoid now rather than in a few decades.

This article was originally published in The Conversation on 21 February 2022. It can be accessed here: https://theconversation.com/nixon-mao-meeting-four-lessons-from-50-years-of-us-china-relations-176485

Dr Zeno Leoni is a Lecturer in ‘Challenges to the International Order’ at the Defence Studies Department of King’s College London, based within the Joint Services and Staff College (JSCSC) of the Defence Academy of the United Kingdom. He is also an affiliate to the Lau China Institute of King’s College London, where he is co-convenor of the same institute’s policy brief series named China in the World.