Most scientists agree that stringent control measures, involving efficient contact tracing, testing and isolation, together with social distancing and mask wearing, are required to limit the spread of SARS-CoV-2. South Korea, Taiwan, China and New Zealand have all successfully used these approaches to suppress the virus.

A few have even called for a zero COVID-19 approach, attempting to eliminate the virus rather than contain its spread. New Zealand almost succeeded but, after 100 days without a case, new infections emerged from international travel and other unknown sources. While it’s possible to flatten the curve using these control measures, getting to zero COVID-19 with them is more difficult.

It might be possible for some island countries, but New Zealand’s example shows that it’s then necessary to prevent the virus from being re-imported. This would probably require prolonged and severe travel restrictions and rigorous testing of passengers pre and post travel.

Given there’s little appetite for prolonged closure of borders, and community control measures alone aren’t enough to eliminate the virus, getting to zero isn’t currently possible. But it could be in the future if we use different approaches.

Immunity is the best strategy

The most effective way of containing COVID-19 exploits the body’s natural defence mechanism: the immune system.

Recovering from a viral infection is usually associated with the development of immunity. Whether infection with SARS-CoV-2 protects against reinfection is not yet known, but there are very few examples of people getting reinfected.

Most infected people develop antibodies against the virus, and while those who don’t develop symptoms may not generate antibodies, infection can still activatethe immune system’s T cells, which provide an alternative defence. So it seems infection generates immunity in the majority of people, at least in the short term. 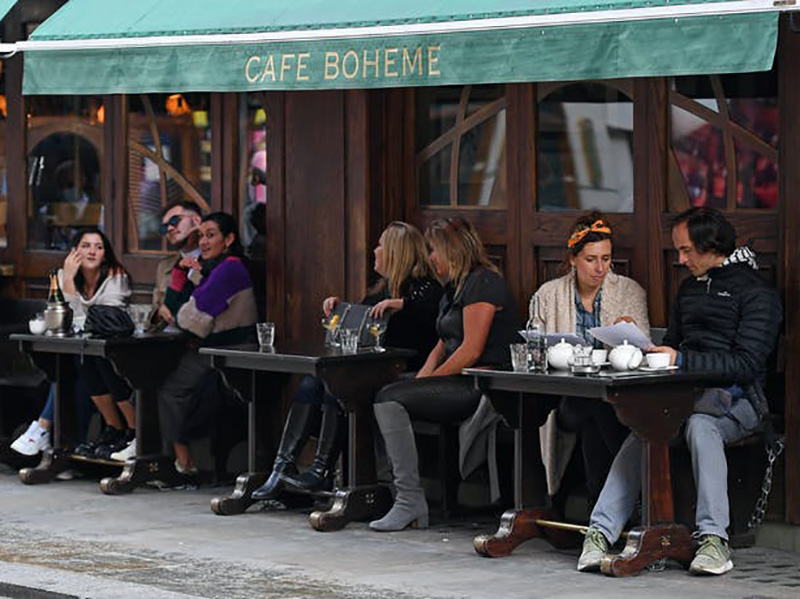 Knowing this, some scientists have recently suggested the virus should be allowed to spread though the population – while protecting the old and vulnerable – to allow herd immunity to develop. This is where enough people in a population have become immune to stop a disease from spreading freely. The threshold for this happening is as high as 90-95% for a highly transmissible virus like measles. Some have suggested it may be as low as 50% for SARS-CoV-2. The consensus is that it will be around 60-70%.

But the percentage of people who have been infected with SARS-CoV-2 and recovered is currently nowhere near this. Studies that test for antibodies suggest that about 3% of people in Dublin have had the virus. In New York City, that figure is much higher: 23%. But the high rate of infection in New York has resulted in many more people there dying, even taking into account its larger population. And Sweden, which adopted a liberal policy on containing the pandemic that resulted in a high number of cases, has had ten times as many deaths per million people as neighbouring Finland and Norway.

The impact of a second wave will likely be lower in places like these, where many people have already been infected, but if the threshold for herd immunity hasn’t been reached, the population as a whole still won’t be protected. And the consequence of attempting to reach that threshold through natural infection will be many more deaths in at-risk groups: older people, people with obesity and those with underlying medical conditions. On top of this, some who are infected go on to develop long-term health complications, even if their initial infection isn’t too severe.

So for most, the associated risks of pursuing herd immunity make it an unacceptable strategy for suppressing the virus, let alone eliminating it.

Vaccines won’t be a quick fix

However, achieving herd immunity through vaccination has, in theory, the potential of getting us to the elusive zero COVID-19. Vaccines have reduced the incidence of diphtheria, tetanus, measles, mumps, rubella and haemophilus influenzae type B to close to zero in many developed countries.

There are more than 200 vaccines in development against SARS-CoV-2. But to have one eliminate COVID-19 is a high bar. Any vaccine would need to be highly effective at both preventing the disease and stopping the virus spreading to people who haven’t had it.

The vaccines currently furthest along in development, however, have set their sights on a much lower target: of being at least 50% effective, which is the threshold needed for them to be approved by the US Food and Drug Administration. Creating a highly effective vaccine at the first attempt might be over-optimistic. Vaccines will also need to be effective across all age groups and safe to administer to the whole population. Safety is key, as any concerns in any age group will reduce confidence and uptake.

The vaccine will also need to be produced in sufficient quantities to vaccinate over 7 billion people, which will take time. For example, AstraZeneca – which is developing one of the leading vaccines – has deals in place to produce 2 billion doses by the end of 2021. Making enough for the whole world could take years.

The impact won’t be instantaneous either. The last natural smallpox case was in 1977, ten years after the World Health Organization launched a global eradication programme for that disease, and nearly 200 years after the first smallpox vaccine was developed. And it’s taken more than 30 years since the launch of Global Polio Eradication Initiative to eliminate polio everywhere except Pakistan and Afghanistan.

So while an effective vaccine offers the best chance of reaching zero COVID-19, we should be realistic about what’s possible. Eliminating the virus across much of the world, while not unthinkable, could take a significant number of years.

Kingston Mills is Professor of Experimental Immunology, School of Biochemistry and Immunology, Trinity Biomedical Sciences Institute (TBSI), Trinity College Dublin (TCD), Ireland. He is Head of the Immunology, Inflammation and Infection research theme at TCD and Head of the Centre for the Study of Immunology in TBSI. He trained at as a Postdoctoral Fellow at University College London and the MRC National Institute for Medical Research, Mill Hill, London (now the Crick Institute), before joining the Scientific Staff of National Institute for Biological Standards and Control (NIBSC), Herts, UK. He was appointed to a Personal Chair at TCD in 2001 and was Head of the School of Biochemistry and Immunology from 2008-2011. He is a co-founder of University spin-out companies Opsona Therapeutics and TriMod Therapeutics. His research focuses on the role of the immune system, in particular T cell subtypes, in immunity to infection, cancer and autoimmunity.