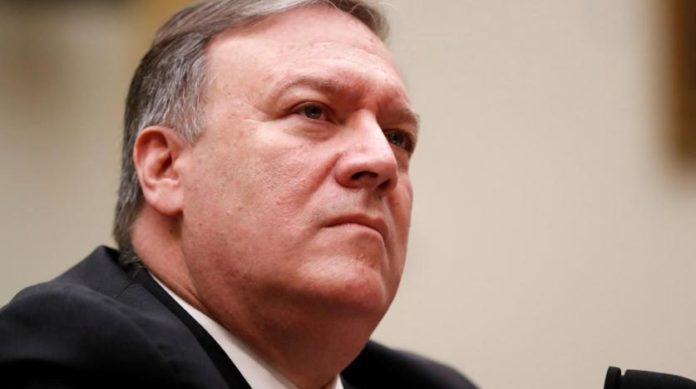 When you listen to Secretary of State, Mike Pompeo’s 12-Point wish list, what he calls Plan B to confront Iran – one can but wonder, has this man, or for that matter the entire Trump Administration, truly departed from the realm of common sense? – This is, of course, a question many of us have been asking for quite a while. But this latest affront of aggression towards Iran is so out of context, out of whack, so ludicrous, that the question is more like – is the empire reaching the end of the rope and uses Iran as one of a last-ditch propaganda effort to prove to the world its economic and military might, like in “we are the greatest and exceptional nation – don’t you dare messing with us”?

Trump’s reneging on the Nuclear Deal was the first step. It was, of course, pushed by Israel, but based on lie after lie and more lies, that Iran did not comply with the conditions and ‘spirit’ of the JCPOA (Joint Comprehensive Plan of Action). And this despite the fact that the Atomic Energy Commission in Vienna has already at least 8 times since the signing of the deal in July 2015 confirmed that Iran is in absolute compliance.

The desperation of creating a strong and oppressive “ally” in the middle east –  as Saudi Arabia and most of the Gulf States are ‘failing’ US trustworthiness – is hidden only by thin veil.

What exactly is Washington and its Israeli handlers trying to achieve with Pompeo’s most clumsy approach? – “Regime Change”, perhaps? By activating and mobilizing the Fifth Column in Iran to create an internal revolt, with the objective of putting a new Shah-type puppet in place? – The desperation of creating a strong and oppressive “ally” in the Middle East – as Saudi Arabia and most of the Gulf States are ‘failing’ US trustworthiness – is hidden only by a thin veil.

Abandoning US loyalty in the Middle east is becoming epidemic. Iraq has just elected a new Parliament, where Muqtada al-Sadr’s nationalistic, anti-American Shia Sairoon Alliance emerged as the winner with 54 seats in the 329-seat Iraqi Parliament. Though, it is said that al-Sadr’s coalition was largely elected because of his anti-corruption stance, his parliamentary victory also means a resurgence of an Iraqi nationalism with a strong position against foreign influence, meaning especially the US, but possibly also Iran. The latter remains to be seen when the new Government is in place. Within the coming 90 days, al-Sadr, the new ‘kingmaker’, will have to form a new governing body and choose a President. But already now it is clear that Iraq – if left alone by the west as a sovereign country – will turn away from Washington – and may eventually also move towards an eastern alliance.

This article was first published by the New Eastern Outlook.