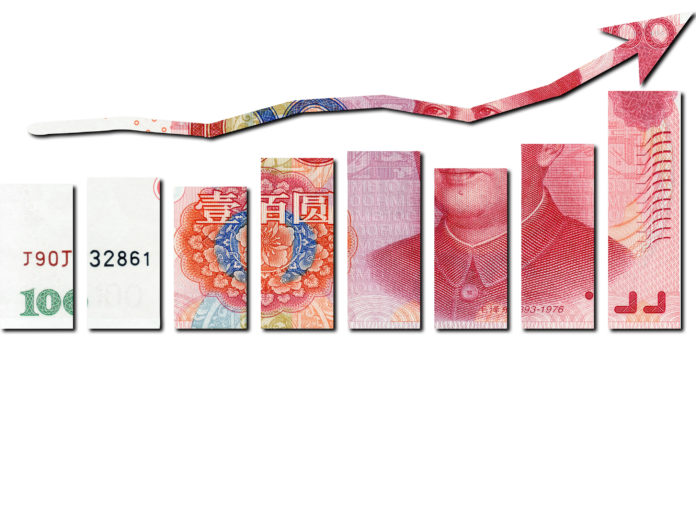 Piyush Gupta, CEO of DBS, shares that he does not believe that China’s macro economy is the point of concern. Instead, he argues that China’s risks are concentrated in two key areas. If one is smart, understands the long game and chooses opportunities wisely, China is still a good place to be invested in.

To many, the start of 2016 likely portends an annus horribilis. The carnage in China’s stock markets last week, sparked by downbeat manufacturing data, rattled stocks from US to Europe. The depreciating yuan is also unnerving investors.

Are the Chinese authorities losing their grip on the China economy, and is the world’s second-largest economy coming off the rails? Notwithstanding the market rout in China, and the present market volatility besetting markets, sitting where I am in Asia, I do not believe China is falling off a cliff.

Last Monday, everyone got spooked by China’s PMI (Purchasing Managers’ Index) data, which stayed under 50, signifying contraction, for the fifth month in a row.  However, given what China is seeking to accomplish, PMI is completely the wrong metric to look at, for one important reason: the contraction in industry and manufacturing is being engineered by the Chinese. This is part of a calibrated policy outcome.  For five years, the world told the Chinese they were overinvested, and needed to scale back on overcapacity and manufacturing. There was a clamour for China to shift to a consumption economy. And for the last two years, the Chinese have been focused on trying to do just that. So it should come as no surprise that China’s PMI should come in at below 50, and why I think focusing on this metric is not sensible.

The reality is that a) China’s service sector is growing quite nicely (PMI at over 54 in the same period) and b) the slowdown in manufacturing/investment reflects a need to clean up excess capacity in several sectors, notably construction, steel etc., but this does not mean that China’s heydays as an investment destination are over. China’s big problem has been a misallocation of resources, and they will need more than a couple of years to address the problems that arise from this. Nevertheless, it is instructive to note that overall, China’s actual investment (capital-output ratio, capital-labour ratio) is a fraction of the US. There are large parts of China, including healthcare, services and the environmental sectors, which are massively underinvested. What this means is there is scope and capacity for China to pump-prime the economy, and it has done so with some measure of success: while the PMI data is below 50, this has been inching up in the last couple of months.

I do not believe that China’s macro economy is the point of concern. China’s economy is growing at 6-7%, and will continue to grow at this pace.
Go to top

Piyush Gupta is Chief Executive Officer of DBS Group Holdings, a leading financial services group in Asia, with assets of approximately USD 350 billion, and with over 280 branches across 18 markets. DBS was named “Bank of the Year, Asia” in 2012 by The Banker, “Best Bank, Asia-Pacific” in 2014 by Global Finance, and “Safest Bank in Asia” from 2009 to 2015 also by Global Finance. Prior to joining DBS, Piyush was Citigroup’s Chief Executive Officer for South East Asia, Australia and New Zealand.