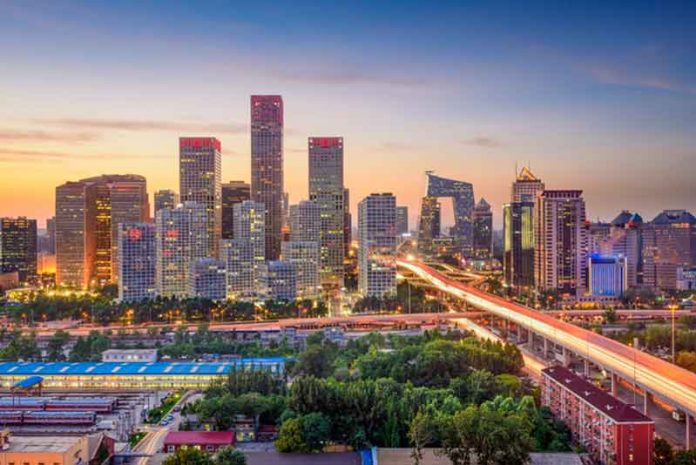 The Beijing Winter Olympics and Paralympics start on Friday – the first time in history the same city has hosted both the summer and winter games.

Compared to the 2008 summer games, the upcoming Winter Olympics face two major challenges: the global pandemic and a dramatically different geopolitical setting. For the Communist Party of China (CCP), which always draws a long bow on reputation and international impact, both of these challenges may seem insurmountable.

But when it comes to the pandemic, the likelihood is the regime will safely manage the event, despite the potential for operational difficulties and even minor COVID outbreaks.

China has responded to the pandemic with a strongly enforced policy of zero tolerance for the past two years. Public health may well have prompted it to continue with a zero-COVID policy long after the world gave it up. At the same time, two major events this year could have also been a factor: the Winter Olympics and the party’s 20th National Congress in late 2022.

To cope with the pandemic during the Olympics, the government has gone to even further lengths than the Tokyo Olympic organisers to try to minimise the spread of infection. Whole villages have been built for the competitors, officials and service personnel, together with transport and testing services for movement to, within and between the Olympic sites.

Even before the arrival of the sports delegations, Chinese staff moved in at the start of January to establish what has been described locally as “closed loops” – the now-familiar “bubbles” we’ve seen at other sporting events. A sophisticated surveillance system will ensure everyone complies with the rules.

Given these preparations, there is less of a chance of the Olympics becoming a superspreader event, at least for the competitors and officials.

As for crowds, the government has severely restricted spectators. As of mid-January, the Olympic organisers announced tickets would not be on sale at all; instead, tickets would go to “selected” Chinese spectators (with no fans from other countries permitted). Those lucky enough to be invited would

strictly abide by the COVID-19 countermeasures before, during and after each event so as to help create an absolutely safe environment for the athletes.

During the past four days, China has detected 119 cases of COVID-19 among athletes and personnel linked to the Winter Olympics, with authorities imposing a ‘closed loop’ bubble to keep participants, staff and media separated from the public https://t.co/andFN2qnCY pic.twitter.com/6Cc96za5OH

The changes in the geopolitical atmosphere since the 2008 summer Olympics present a greater challenge.

For much of the English-speaking world, China seems to have become an existential threat that must be vigorously opposed. China has been harshly criticised for its expansion into the South China Sea, the end to Hong Kong’s previous degree of political autonomy, and its restrictive policies towards the Uyghurs in the western Xinjiang region.

The government’s treatment of the Uyghurs has been labelled by many a genocide. In this context, there’s an obvious parallel with the hosting of the 1936 summer Olympics by Nazi Germany. Josh Rogin, the noted Washington Post columnist, recently argued against those he describes as “atrocity deniers”:

the actions of the athletes, companies and international organisations at the 2022 Beijing Olympics will be remembered for generations, as they were after the Games in 1936. Each of them — and each of us — must think hard about which side of history we want to be on.

Despite these criticisms, the calls for an Olympic boycott have been surprisingly muted, particularly in contrast to the US-led boycott of the 1980 Moscow Olympics after the Soviet invasion of Afghanistan.

No national Olympic committees have called for a boycott, and the so-called “diplomatic boycott” of government representatives has remained limited in scale. It has been weakened somewhat by the reported visa applications for 46 US officials – most from the State Department – to visit China during the games as part of the US Olympic team support.

On the other hand, the boycott calls have not been resisted as stridently as they were by Olympic supporters in 1936. Avery Brundage, then-president of the US Olympic Committee, described a proposed boycott of the Berlin games a “Jewish-Communist conspiracy”.

The reason there’s more restraint today is likely due to globalisation – China and the US may see themselves as competitors for world leadership, but they are still more closely economically integrated than the US and USSR were in 1980.

How will China respond to protests?

Even if there is no major boycott, the chance for political statements during the games remains high.

Athletes and sports officials have been warned not to speak out or they could be punished under Chinese law. Athletes have also been advised to leave their mobile phones at home and use burners instead.

While no athletes have yet publicly criticised China, it would be surprising if there were no such incidents. Olympic athletes have made political statements in the past, and given the current geopolitics, the Beijing Olympics present a large stage with an enormous potential audience.

It’s unlikely a medal winner would drape the flag of former East Turkestan (now used by those advocating Uyghur resistance to Beijing) around their shoulders, but there may be complaints about the strict controls on athletes in China.

On possibility of protests:

“A few days ago the Chinese Olympic officials said athletes can’t say something which is against Chinese law. That’s sheer intimidation of athletes.I think it’s not possible to have some kind of demonstration zone” – @tengbiaohttps://t.co/qGsgonW3jT

In the short term, China’s critics will express their views, while the Chinese government will expound on the significance of harmonious world interaction at a great sporting event such as the Olympic Games.

The limited diplomatic boycott of the games certainly has annoyed the CCP. But neither it, nor operational problems, nor criticisms of China that may emerge at the games, are likely to have any longer-term consequences.

They will certainly not shake the regime to its foundations, or even adversely affect Xi’s leadership. In fact, any attacks on the CCP will only reinforce the position of Chinese leaders arguing for the need to ensure stability and strength in the face of an external threat – both in terms of politics and public health.

The more likely outcome is the Chinese government will revel in its ability to hold a prestigious international event under difficult conditions.

It is a message that will speak to many parts of the world, especially those attracted by or envious of China’s economic growth. These will even include some in liberal democracies, though certainly not China’s harshest critics – the governments of the US, Australia, Canada and United Kingdom.

This article was originally published in The Conversation on 2 February 2022. It can be accessed here: https://theconversation.com/how-will-china-handle-the-dual-threats-of-covid-and-political-protests-at-the-winter-olympics-175637

David S G Goodman is Director of the China Studies Centre at the University of Sydney, where he is also Professor of Chinese Politics. He has worked in universities in Australia, China and the UK since 1971. Most recently he established the Department of China Studies at Xi’an Jiaotong-Liverpool University in Suzhou, China, where he also later served as Vice President for Academic Affairs.