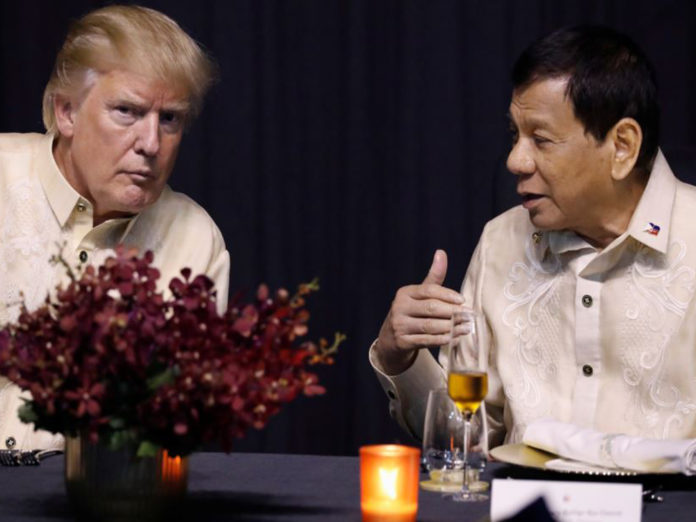 The first 18 months of the Duterte government suggest that the effort to recalibrate the Philippines’ ties between the US and China is necessary, viable and vital.

In the first half of the 2010s, Manila and Beijing were drifting toward a geopolitical clash. Nevertheless, former President Benigno Aquino III expected continuity to prevail under what he presumed to be the Roxas government.

Similarly, former President Obama anticipated that Hillary Clinton would be the next US president and that she would sustain his legacy in Asia.

But as I argued in the Philippines Institute for Development Studies (PIDS) in February 2016, What if Duterte would beat Roxas and Trump would win in Washington? That, I said, would change the rules of the game.

After World War II, Manila cultivated close relations with Washington and supported the US through the Cold War, the War on Terror and was a major non-NATO ally.

Indeed, in the postwar era, the Philippines was seen as the most likely country to prosper in the region. And yet, during the Marcos decades and the deep ties with the US, the country fell behind the rest of Asia, despite the “People Power Revolution”.

After World War II, Manila cultivated close relations with Washington and supported the US through the Cold War, the War on Terror and was a major non-NATO ally.

At the time, China was focussed mainly on its economic reforms and, after joining the World Trade Organization (WTO) in 2001, on its export-led growth. The latter prevailed until the global financial crisis, the Eurozone sovereign credit crisis and the rise of President Xi Jinping’s administration in the early 2010s.

Despite pledges of change, the Aquino era (2010-16) reaped only some benefits of easy catch-up growth and regional integration. Its anti-corruption struggle was not effective, the explosive drugs problem was largely neglected and poverty persisted. Worst of all, it failed to realise the economic potential of the Philippines.

Meanwhile, the Obama administration began its pivot to Asia, including the plan to move the majority of US warships to Asia Pacific by 2020. Unsurprisingly, China made its counter-moves in the region.

So President Aquino and Foreign Minister Albert del Rosario saw bilateral talks with China as futile, tried multilateral approach through the ASEAN and took the dispute to the international court, while opting for a new defence alliance with the US (2014 EDCA), which was followed by the return of the US Navy to Subic Bay.