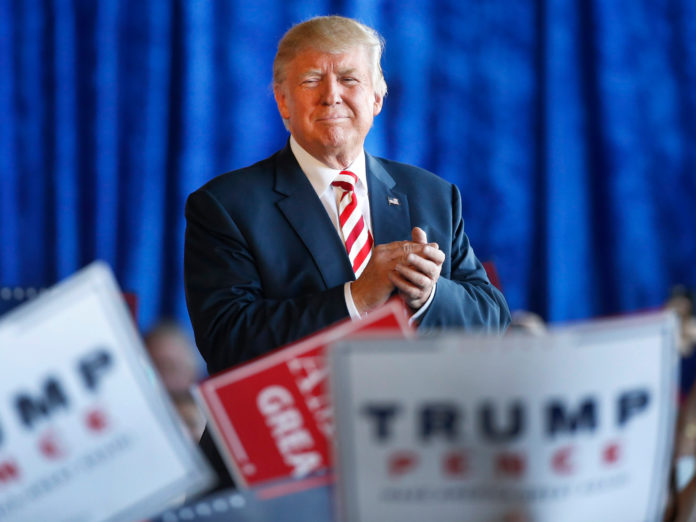 The election mirrors failure of US democracy by showing that the party elites try to manipulate the primary process, the election system cannot prevent a radical candidate from winning the primary, and as a result democracy has to yield to populism. The implications on Sino-US relations is that the end to pressuring China on political reform could pave foundation for mutual trust.

The chaotic 2016 US presidential election finally ended with the political outsider and real estate magnate Donald Trump winning the race. The election was characterised as the ugliest one in modern US history, and highlighted the defects of the US election system and the dysfunction of democracy. This will inevitably affect the future of Sino-US relations.

Why Does The Election Mirror the Failure of US Democracy?

First, party elites from both sides tried to manipulate the primary process. The email-gate uncovered by the release of the Democratic National Committee emails stunned the world, and showed that a so-called fair election is nothing more than a lie. If the emails accurately revealed the black box of how party elites and the political establishment manipulated the presidential election, the legitimacy of US democracy should be questioned. Even if their plots were not carried out, it astonished and alerted people outside the political circle as it suggested that this could be the common practice of the US campaign strategy.

The de facto two-party system and the winner-takes-all delegates counting system make the radical candidates more popular in the primary. Therefore, the moderate and rational candidates could not stand out without support from the more extreme voters in the early races.

On the one hand, the party establishment and the Democratic National Committee violated the neutrality principle by working with the Hillary Clinton campaign team to help her clinch the nomination. For this purpose, they attempted to attack her rival Bernie Sanders’ ethnic identity as a Jew as well as his religion. As is reported by CNN, ton May 5, a DNC employee asked colleagues to “get someone to ask his belief” in God and suggested that could make a difference.[1] They went so far as to plan cyber attacks on the supporters of Sanders, as the emails suggested that Super PACs were paying young voters to push back online on Sanders supporters. When the scandal was uncovered, Sanders’ supporters were furious but the candidate himself was calm, as if unsurprised by the shenanigans against him.

Meanwhile, the Democratic camp made great efforts to defame Mr. Trump by highlighting his discriminatory words against women, the disabled, minority groups, his past bankruptcies and his edgy temperament that Democrats said made him unfit to be the president. As was directed by the DNC members in the emails, they called him out for dividing and insulting Americans, used his derogatory quotes – especially those concerning women, and cited ties to and support from groups like KKK and incidents of violence. They also tried to emphasise that Trump was undermining US values and putting US security at risk, by highlighting the president’s responsibilities like the nuclear codes and pointing out that his inflammatory rhetoric encouraged terrorists.

It is very interesting that that was actually the image the mainstream media conveyed to the audience and readers. Such negative campaign strategy obviously has tarnished the so called fair and transparent election system in which Americans take pride. Meanwhile, Hillary Clinton was never treated this way by the media, although she also had numerous scandals that were difficult to shake off. What’s more, when the emails were uncovered, the Obama administration and Clinton campaign team wasted no time condemning Russia as the black hand behind the scandal, which made people suspect they were trying to sweep the issue under the carpet by making Russia a scapegoat.

On the Republican side, the “Never Trump” movement, pushed by some of the party establishment, continued even when the Republican national convention started in Cleveland. It is reported that the conservatives tried to create a GOP “unity ticket” to prevent Trump from clinching the nomination, although this failed.[2] The mainstream media also played a disgraceful role by standing with the Democratic Party’s presidential nominee Hillary Clinton long before the race entered the final stage, by describing Mr. Trump as a “disaster”, “disgrace” or “humiliation” of the Grand Old Party, trying to prevent him from winning the White House. This actually helped Trump’s camp to attract more voters, because the grass roots were convinced that the “corrupted media establishment” was trying hard to block Trump.

Dr. Zhang Zhixin is an associate research professor of Institute of American Studies, China Institutes of Contemporary International Relations. His research focuses on US politics, foreign policy making, and China-US relations. He was visiting scholar of the Henry Stimson Center (2006-2007), the James Baker Institute of Public Policy, Rice University (2013).